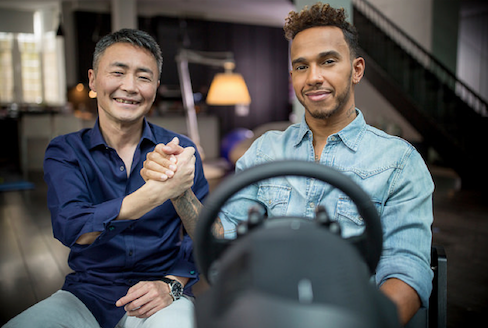 Sony Interactive Entertainment Australia is excited to announce Gran Turismo and Lewis Hamilton will be joining forces in the latest iteration of the franchise, Gran Turismo Sport.

Hamilton will be appearing in game as a mentor to share his racing wisdom with players from around the world to help them improve their driving technique. The Formula 1 World Champion will reveal his driving philosophy and techniques through driving images and interviews for players of Gran Turismo Sport, providing valuable advice to many players who strive to be as fast and strong as Lewis himself.

“I have been playing Gran Turismo since I was a child, so to actually be part of the gameplay design has been an incredible experience.” – Lewis Hamilton

“From watching Lewis drive on TV all these years, I had an idea of how he might drive, but the experience of watching him drive in person was well beyond my wildest expectations. And I’m really glad to be able to share his driving and philosophy with the players in Gran Turismo.” – Kazunori Yamauchi

Check out the video to hear from Lewis on his upcoming role in Gran Turismo Sport.

Gran Turismo Sport launches exclusively on PlayStation 4 on 18 October. It is available now to pre-order from the PlayStation Store and select retailers starting from $79.95 AUD.