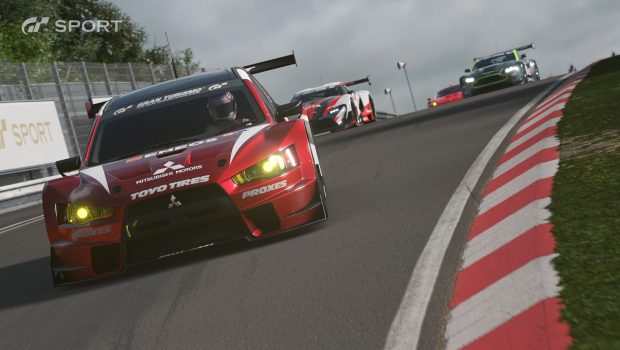 Impulse Gamer was lucky enough to be amongst the select few in Australia to get a hands-on preview with the upcoming Gran Turismo Sport, Polyphony Digital’s much awaited current gen iteration of its revered racing series. 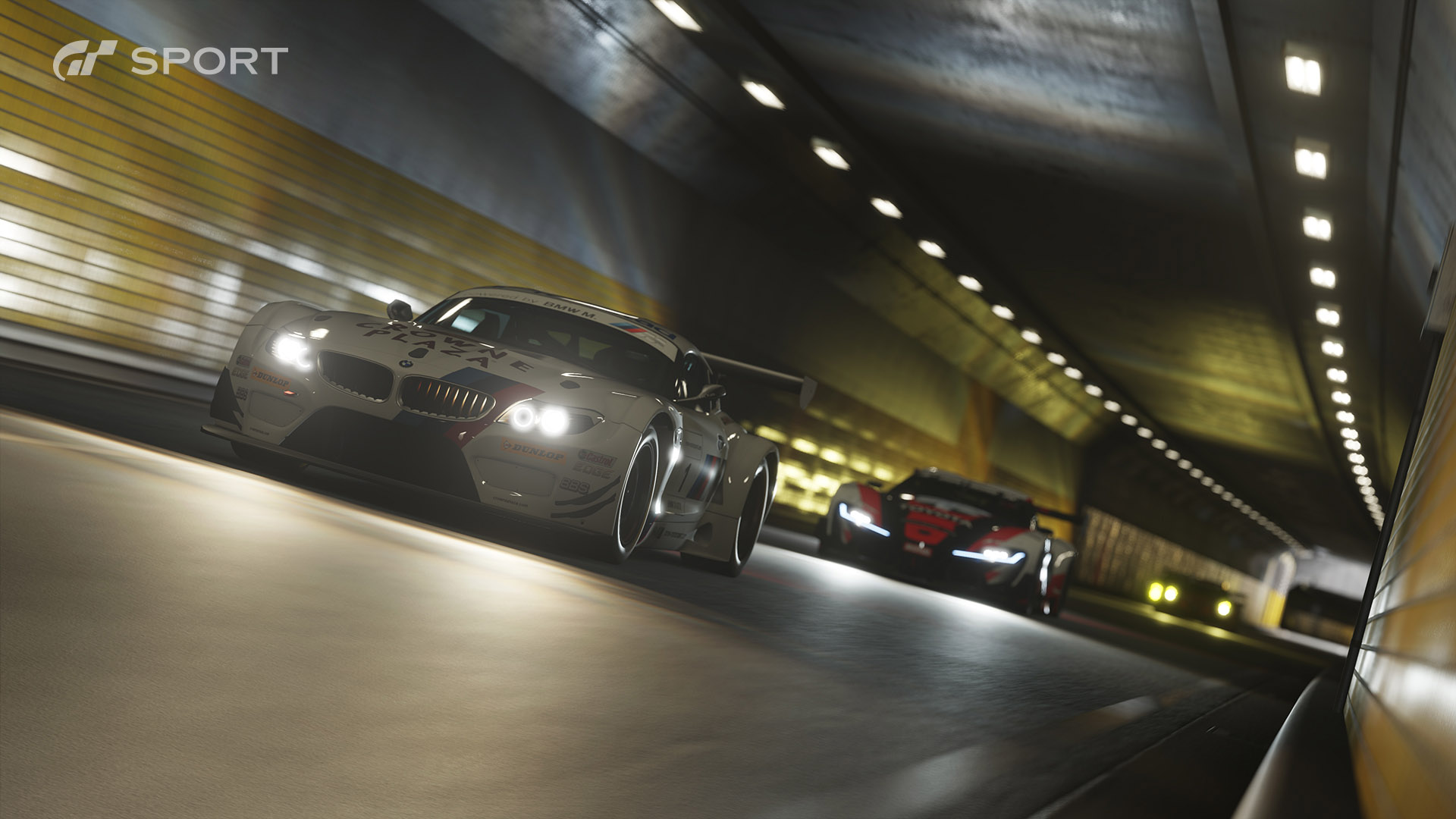 Touted as the beginning of a new chapter of the GT series, with series creator Kazunori Yamauchi considering the previous entries collectively as Generation One, GT Sport promises to shake up the established formula enough to take on the slew of racing titles that have risen in the series’ absence, such as the Forza and Project Cars series, whilst still retaining the pitch perfect simulation and customisation elements that have provided the series with such longevity across four different PlayStation console generations.

Provided with a variety of different ways to play the game, we first had a run through an arcade race whilst housed in a pod equipped with Thrustmaster steering wheels; personally, while I see the appeal, I found the force feedback to be a hindrance with this particular steering wheel peripheral set-up and had a much easier time using the controller and the other steering wheel that was provided with the VR pod.

Again though, this comes down to personal preference and it’s to be commended that GT Sport allows for so many different controller configurations. 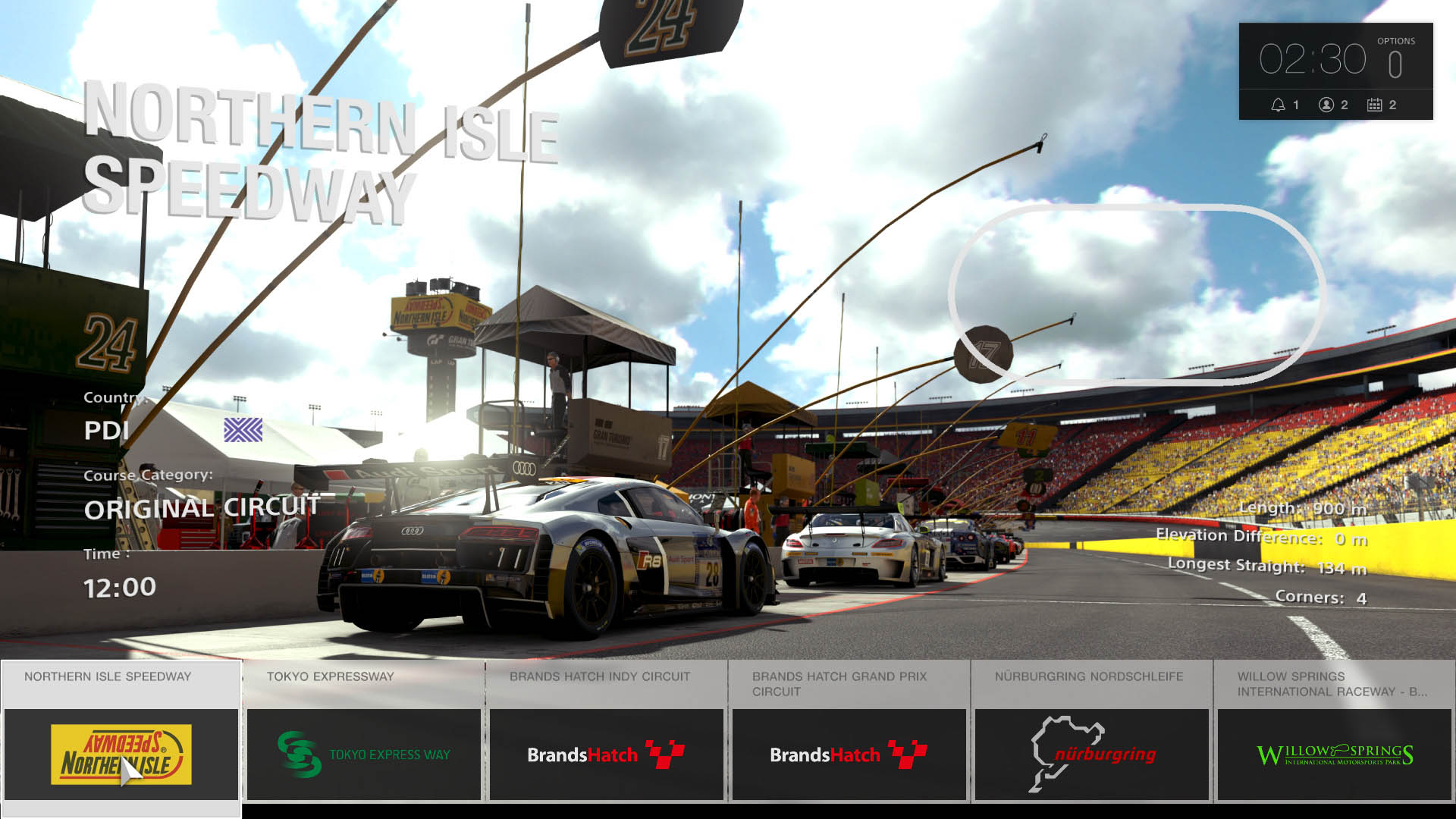 This accessibility extends to the gameplay, with a variety of modes on offer – I personally put the most time in the drifting mode, where your goal is to wrench your car across the track and slide for protracted periods, racking up points within specially marked areas. The controls here feel sublime and inadvertently spinning out can actually be parlayed into something fun, unlike in the more straightforward racing modes where one or two mistakes can cost you top position.

Speaking of regular racing, we also got to chuck a few laps across the variety of maps the game has on offer. Boasting a wide selection of locales, 19 in total, some of which even feature multiple tracks, one of the nicer touches I came across while setting up a race was the option to choose from different times of the day, from dawn to the dead of night. This allowed us to catch a glimpse at the quality of the different weather and lighting effects used and, when viewed on a PS4 Pro in 4K, the result can only be referred to as stunning. 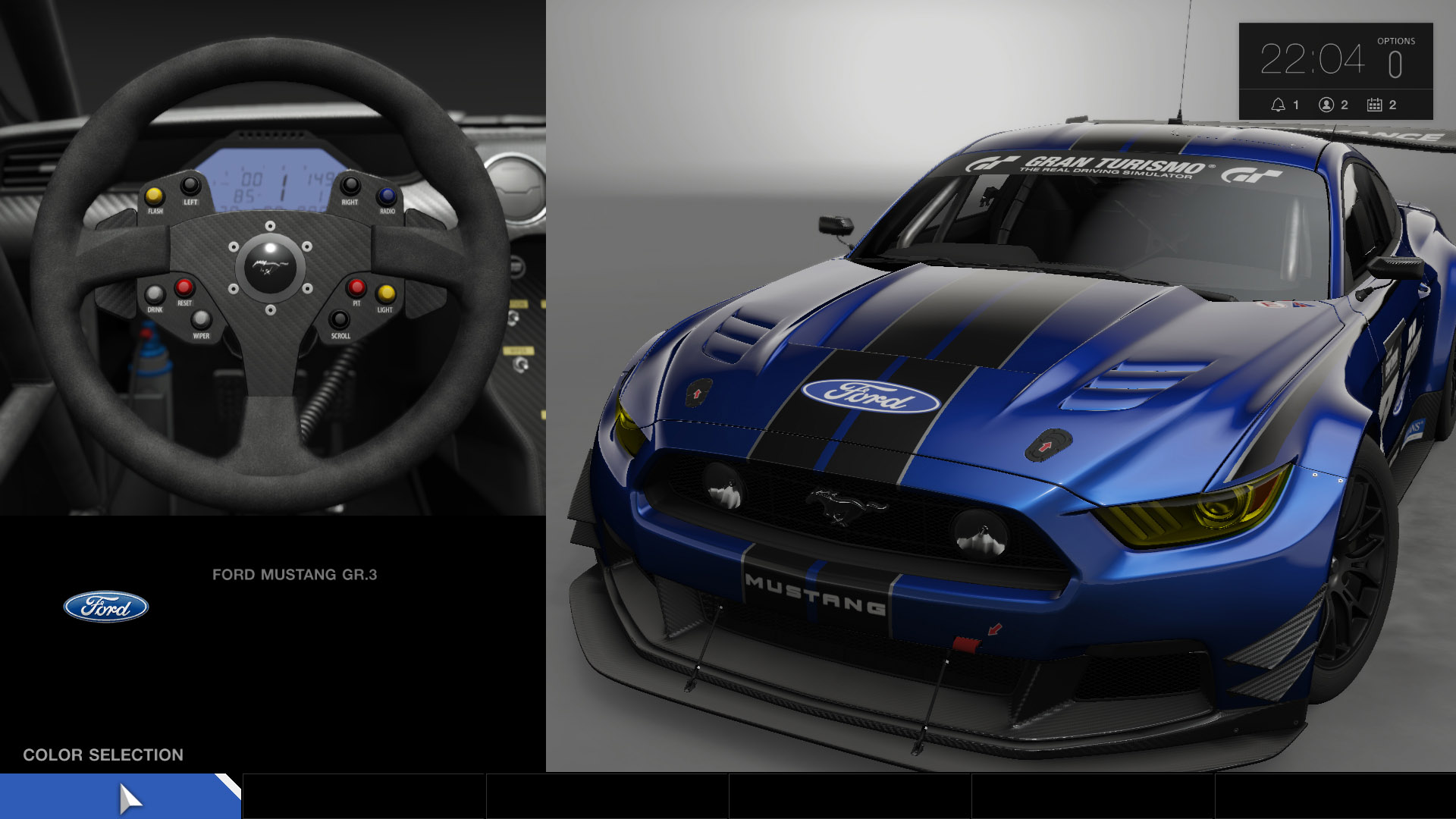 Photorealistic visuals help sell the immersion but at the end of the day it’s how well the vehicles control that really matter and nowhere is this more evident than in VR mode, where the slight downgrade in visual fidelity is more than compensated by the impeccably fine-tuned driving mechanics and the sheer joy that comes from tearing down a track in the best virtual reality driving experience I’ve experienced so far.

Cresting a hill at top speed and my stomach dropping in physical response to the action unfolding on the screen in front of me was my big “Eureka!” moment with both the game and VR technology itself and, if possible, I wholeheartedly recommend experiencing the game using PSVR for the ultimate racing simulation experience. 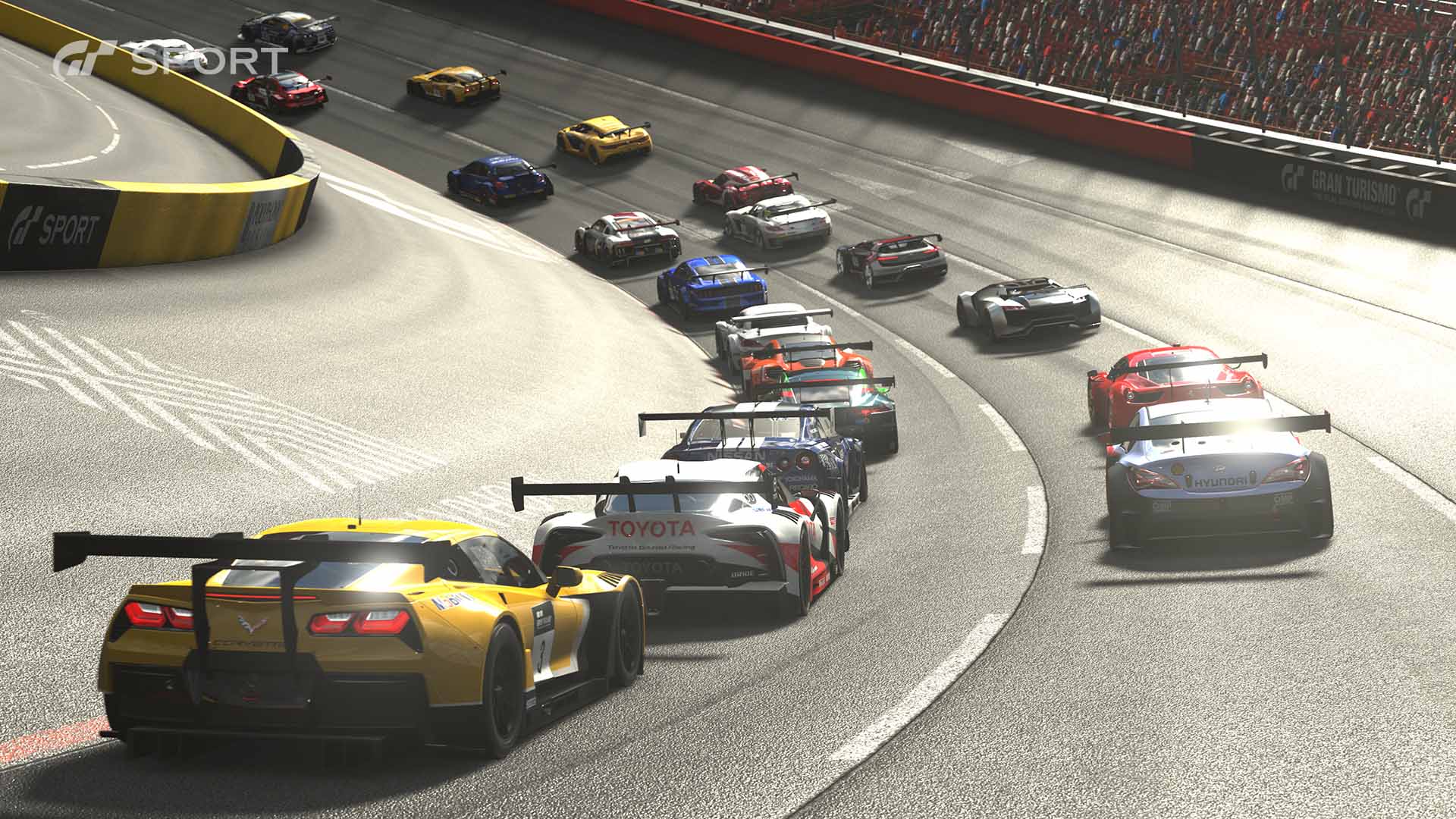 One of the options available in campaign mode tasked us with completing a series of challenges in a driving school in order to hone our skills and earn medals. 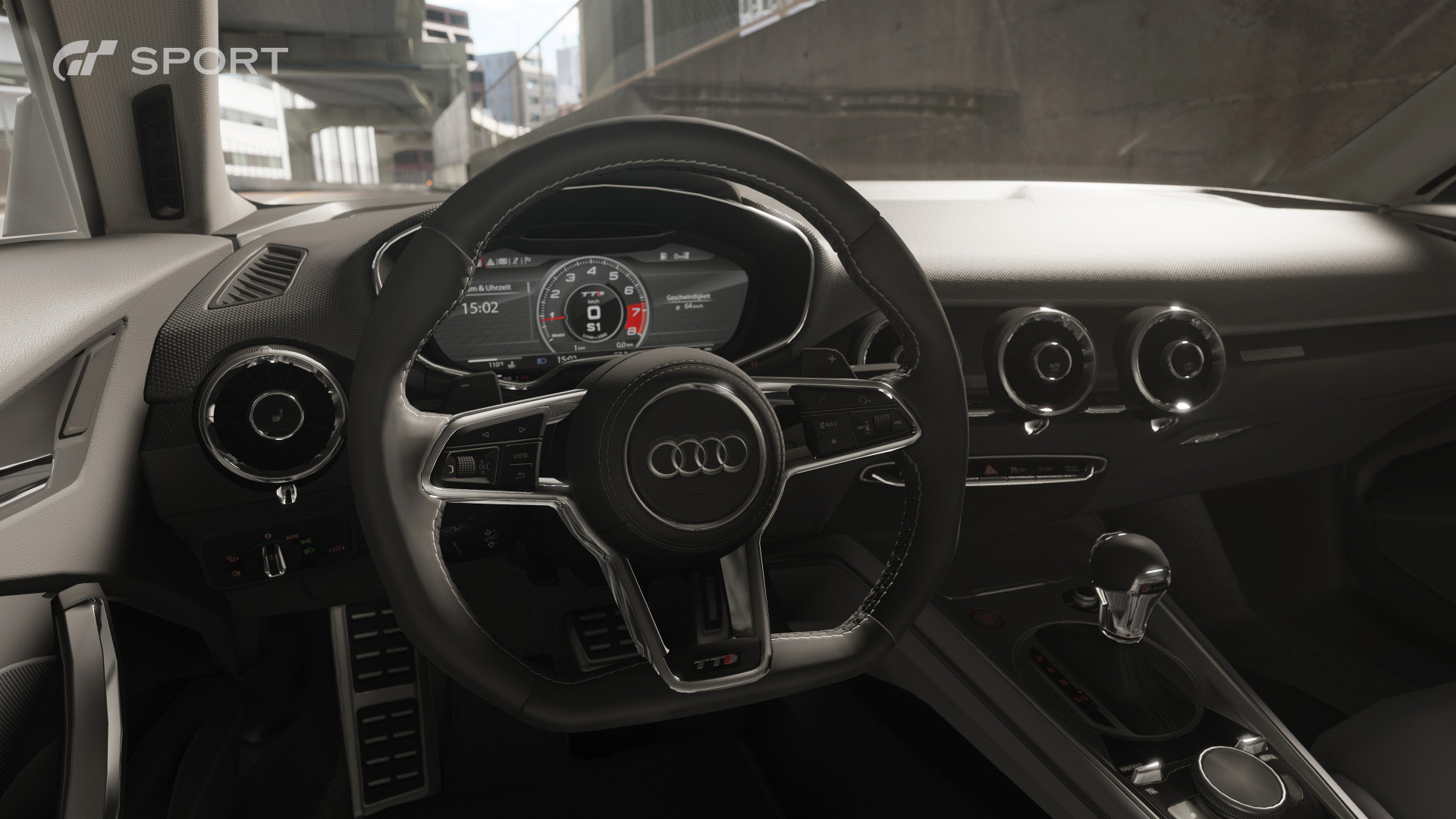 Although essentially a tutorial mode, by breaking up each component into a fun little minigame and scoring the player upon their performance, much of the usual tutorial fatigue one feels when playing these sections is entirely alleviated.

The attention to detail in pretty much every area is absolutely breathtaking and Gran Turismo Sport squeezes every last drop of power out of the PS4, resulting in what promises to be a return to the throne for the longstanding king of PlayStation racers.

Slated to drop on October 18th, Sony will also be commemorating the release with a limited edition 1TB GT Sport console, available to preorder from select retailers for $499.95 from October 2nd. 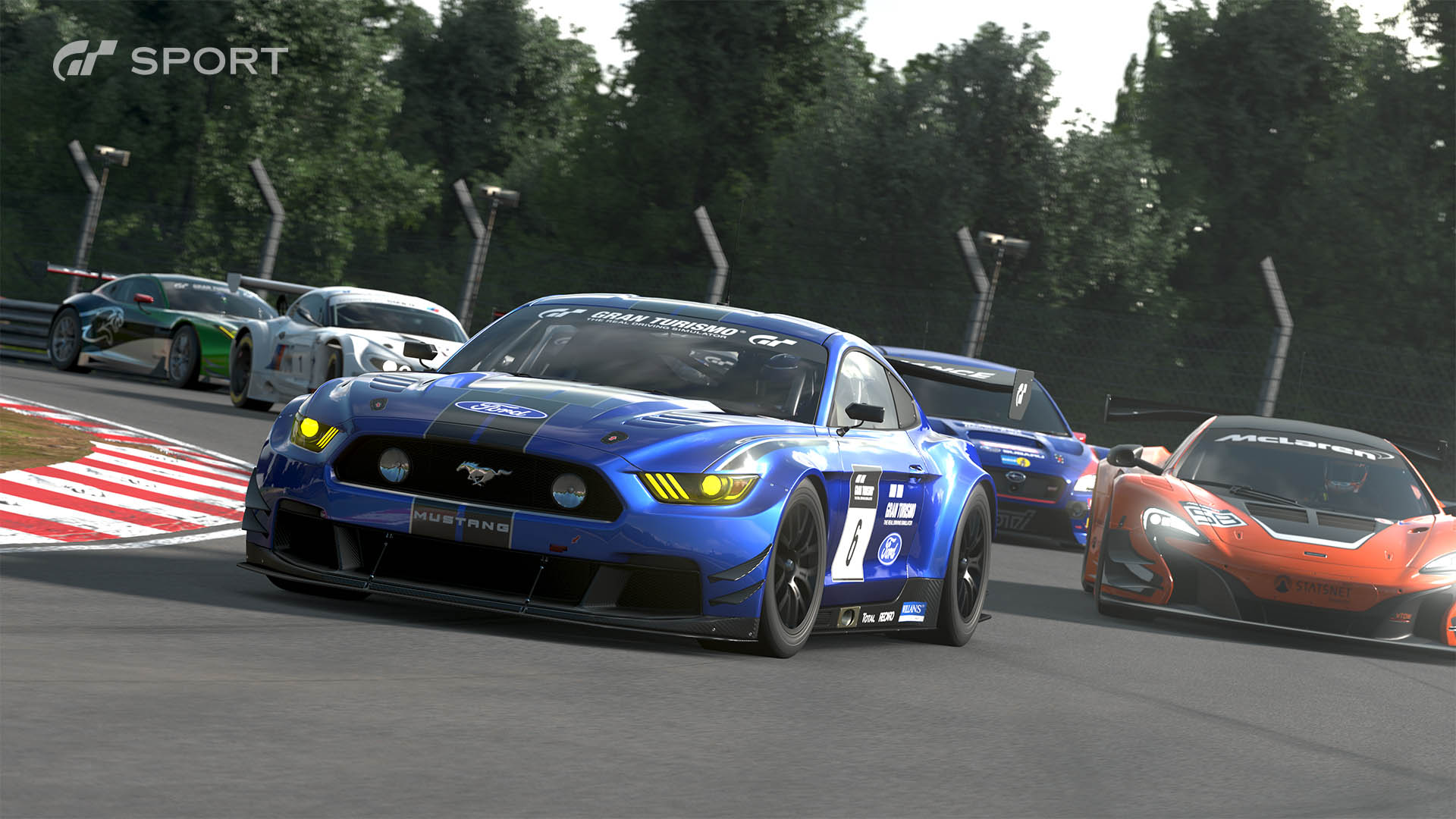 After our time with Gran Turismo Sport, I think it’s safe to say that the latest effort from Polyphony digital is not only an evolution of an established franchise but also desires to be revolution for the racing genre itself as a whole.

Experiencing the game in VR was definitely the highlight of the day and I can only imagine that, as the technology gets better, both Sony and Polyphony will continue to capitalise upon it in order to provide the most immersive driving experience available on the console.