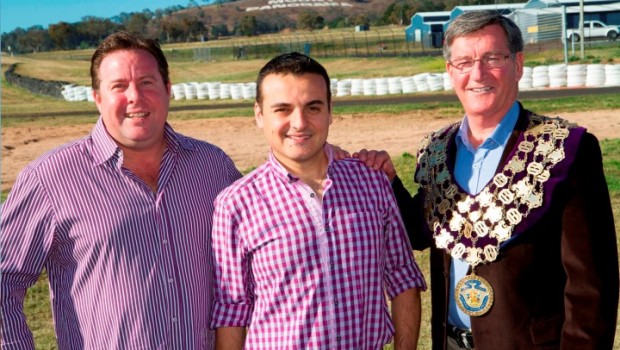 Gran Turismo®6 available to purchase from this Friday

Sydney, 3 December, 2013 – Sony Computer Entertainment Australia (SCE Aust.) and The City of Bathurst have today unveiled Gran Turismo® Drive at Australia’s home of motorsport, Mount Panorama Motor Racing Circuit, ahead of the launch of the latest instalment in the Gran Turismo® franchise, Gran Turismo®6 (GT6™), on 6th December 2013 which includes the famous circuit.

The official naming of a local road as Gran Turismo Drive pays testament to the iconic and detailed recreation of the Mount Panorama Motor Racing Circuit in this year’s Gran Turismo 6.  Fans of the franchise will be able to visit the historical circuit and walk down the internal circuit road during special events, flanked by the control tower and sitting directly behind the famous pit garages.

Racing veteran and gamer Shane Jacobson took the honour of officially opening Gran Turismo Drive to the public alongside the Mayor of Bathurst, Cr Gary Rush, in a ceremony that acknowledged the legacy of the circuit and its most recent immortalisation in the blockbuster racing franchise 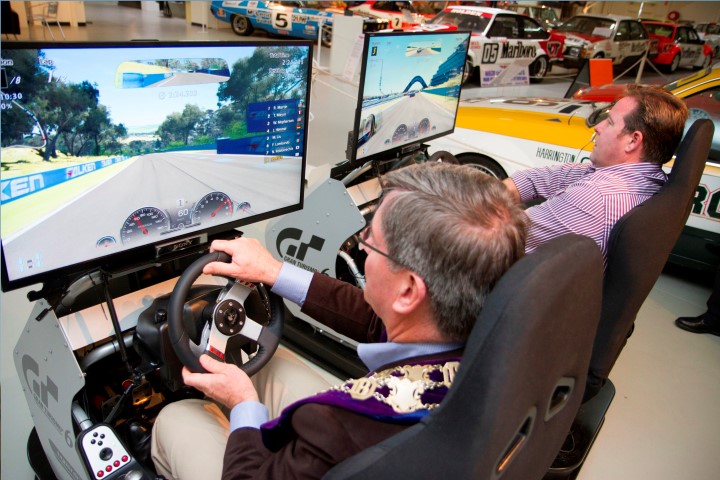 Gran Turismo 6 will also form part of a new interactive exhibition and be added to the memorabilia collection within the National Motor Racing Museum. Celebrating the commitment from the development team at Polyphony Digital Inc. in sensitively and tirelessly recreating the circuit for PlayStation®3 owners around the world, the museum will encourage all visitors to try their hand at driving the circuit in a fully immersive gaming experience.

“We are extremely proud to be acknowledged by the City of Bathurst for the years of dedication we have invested in recreating Mount Panorama in Gran Turismo 6.” said Kazunori Yamauchi, the Gran Turismo creator and President of Polyphony Digital Inc. “Since its inception 15 years ago, Gran Turismo has listened to fan feedback and added extra features so that we now offer 1,200 cars and 33 circuits from all across the world. It seems only right that the legendary Mount Panorama circuit is included as fans will now have a chance to drive one of the toughest tracks out there. With Mount Panorama immortalised in the Gran Turismo series, it is now truly remarkable to see GT immortalised on The Mount itself.”

“Driving a lap of our world famous motor racing circuit is a life changing experience for those who have the chance, and Bathurst Regional Council is very excited about opening up the Mount Panorama experience through the launch of Gran Turismo 6 this week,” said Gary Rush, Mayor of Bathurst. “As custodians of a unique collection of the motor racing history of Mount Panorama at the National Motor Racing Museum, this partnership with Sony Computer Entertainment Australia is a great example of the how our Council is always looking for new and innovative ways to interpret the Mount Panorama experience to the world.” Cr Rush continued, “Mount Panorama is a very special part of the history of Bathurst which will celebrate 200 years as a European settlement in 2015 and this event opens up the opportunity for a new worldwide audience of fans to experience this special place – especially as we believe we are the first council in Australia to name a road after a videogame franchise.”

Gran Turismo 6 will be released on 6th December, 2013. Available now to pre-order, fans of the franchise can choose from either the GT6 Anniversary Edition (RRP AUD$114.95) or the Standard Edition (RRP AUD$99.95) and will receive a number of additional cars when the game is released.

Trailers, images and further news about Gran Turismo 6 are available on www.gran-turismo.com.