Summary: Gorn is a ridiculous, violent, VR combat game with a terrific premise, yet somewhat lacking in substance.

On its Steam page, Gorn describes itself as a “ludicrously violent VR gladiator simulator”. This is a fairly accurate summation of Gorn’s general premise, but I think we need to add a few more descriptive synonyms to really get across what Gorn is all about. The words ‘hilarious’, ‘absurd’ and ‘totally unrealistic’ immediately spring to mind, but the number one synonym that needs to be included is ‘fun’, because Gorn priorities this above all else. 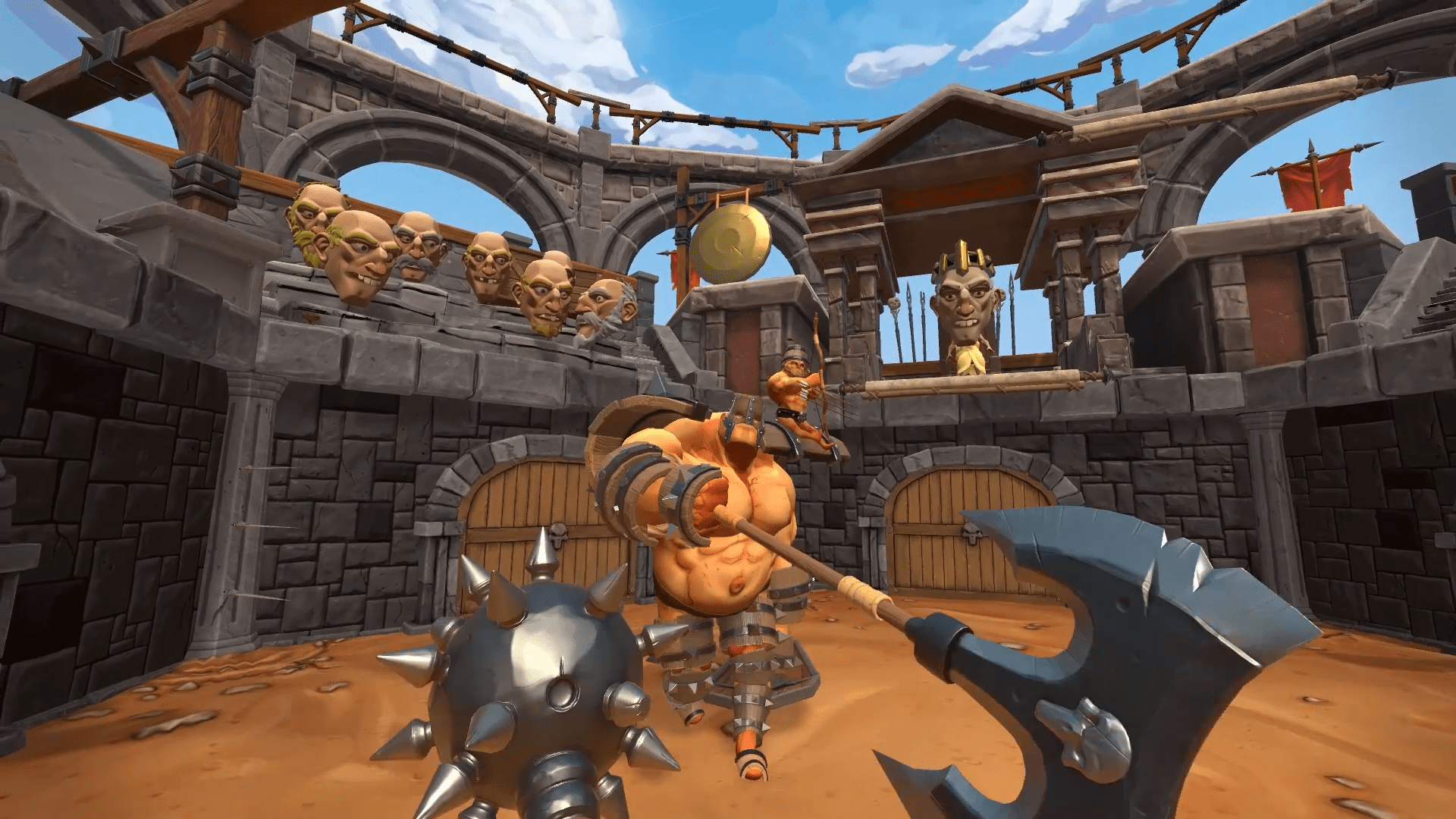 Like many VR games priced around the $30AUD mark, Gorn is pretty much a VR arcade game. There’s little to no story and the majority of the game revolves around a core mechanic. In the case of Gorn, the core mechanic is first-person, close-quarters, arena combat with a focus on 1:1 movement and weapon variety. Thankfully, this is a core mechanic that is inherently thrilling and won’t become tiresome after a few hours, unlike many other VR arcade games of this ilk. 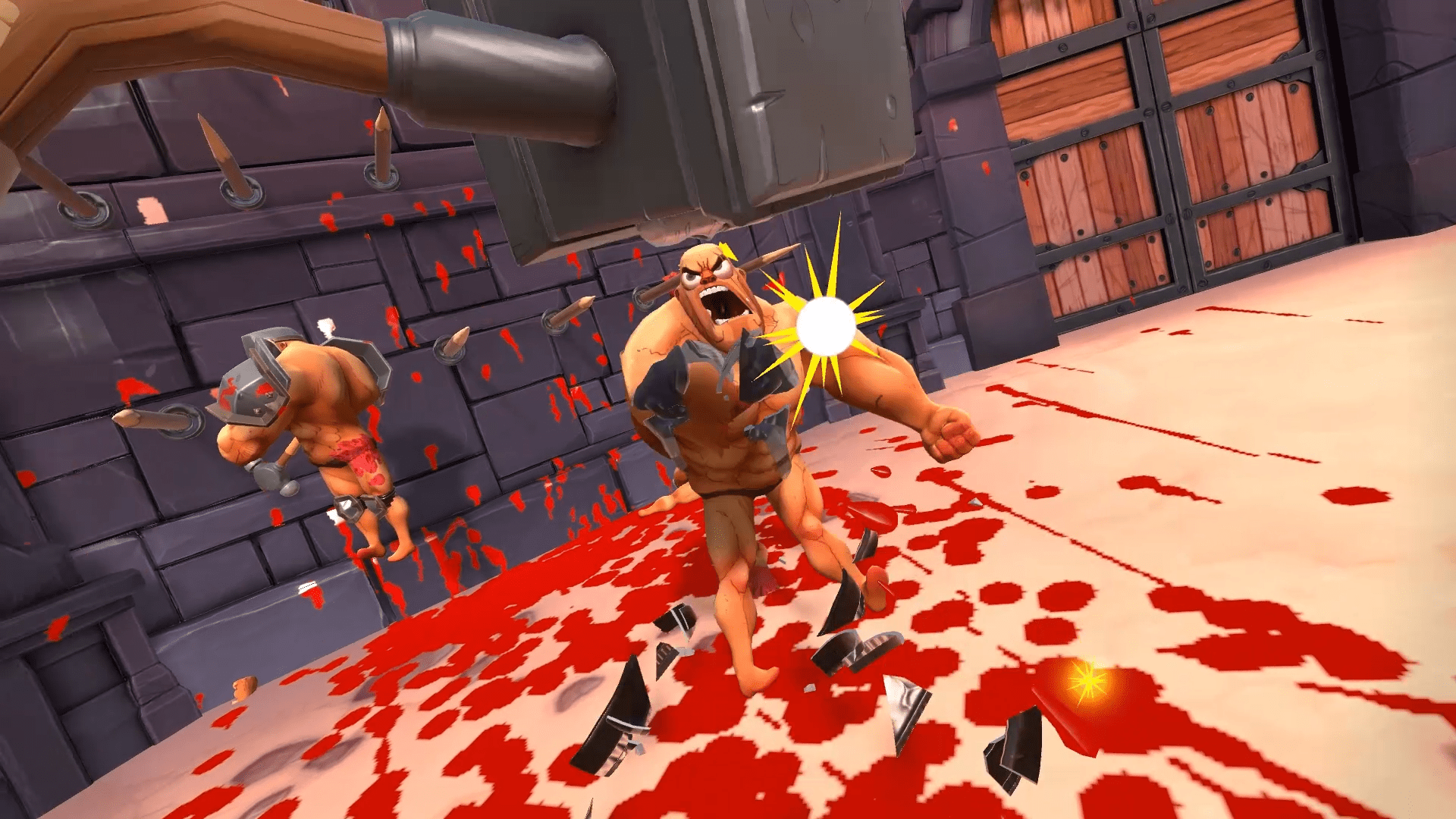 The campaign consists of a number of levels that challenge you to defeat an onslaught of enemies using the weapons provided in the arena. The weapons begin with simple axes and swords, then quickly ramp up in ridiculousness to nunchucks and small wrist-mounted crossbows.

There is a fantastic variety of weaponry to unleash upon your bloodthirsty foes and many of them offer unique challenges and perks, so everyone will have their favourite. For example, the bow might be a one hit kill with an arrow to the noggin, but with only a handful of arrows available, you’ll need to collect them from slain enemies if you want to survive. 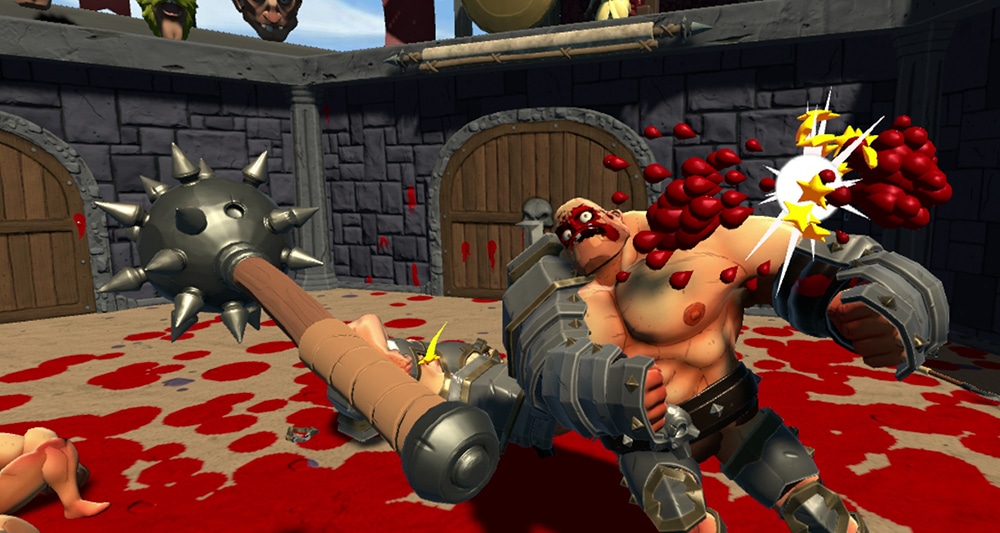 As mentioned above, Gorn priorities fun above all else – especially realism. If this wasn’t obvious enough from the cartoonish graphics, it becomes clear when you pick up an axe and start swinging it around. The damage modelling is silly and somewhat unpredictable, but extremely satisfying nevertheless. Sometimes hits don’t collide when you expect them to, sometimes the most effortless motion sends an enemy flying and sometimes you cop a mace to the face when you are certain that you ducked under it.

Yet Gorn never frustrated me. You’ll quickly adapt to its ridiculous physics and you’ll eventually figure out the most effective way to cave in an enemy’s head with a warhammer. The levels are so short and the action is so intensely entertaining that the frustrations will be quickly overshadowed by the genuine fun that you’re  having. 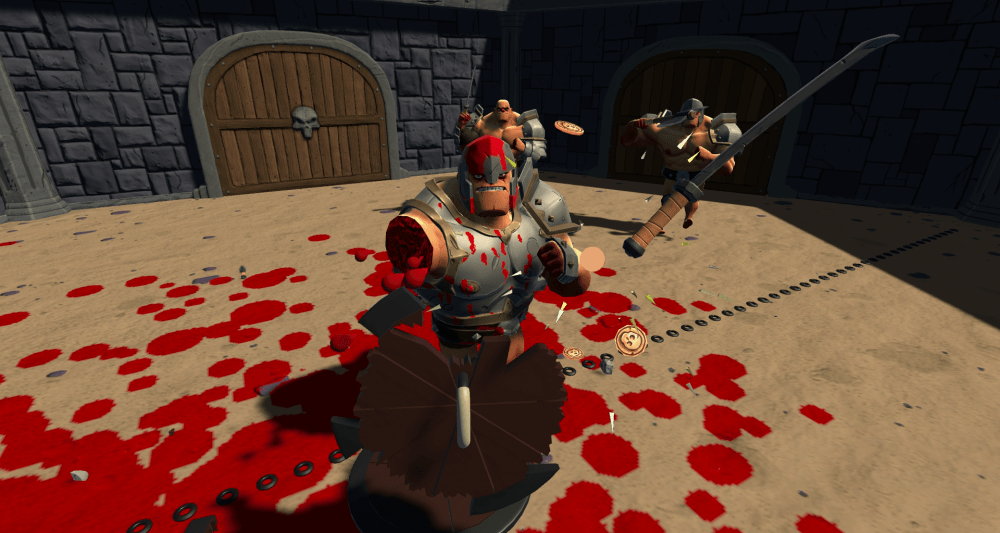 As touched on before, Gorn utilises a simple, cartoon-esque aesthetic, which is specifically designed to make the gratuitous violence feel comical, rather than traumatising. The cartoonish graphics use intentionally low-detail textures that are rather samey, but they work well to get the point across. With that being said, there’s an impressive amount of detail in some of the weapon designs that are fun to inspect in VR. Plus the enemies are modelled with bones and eyeballs that horrifically splatter out if you pulverise an enemy’s skull in just the right way. 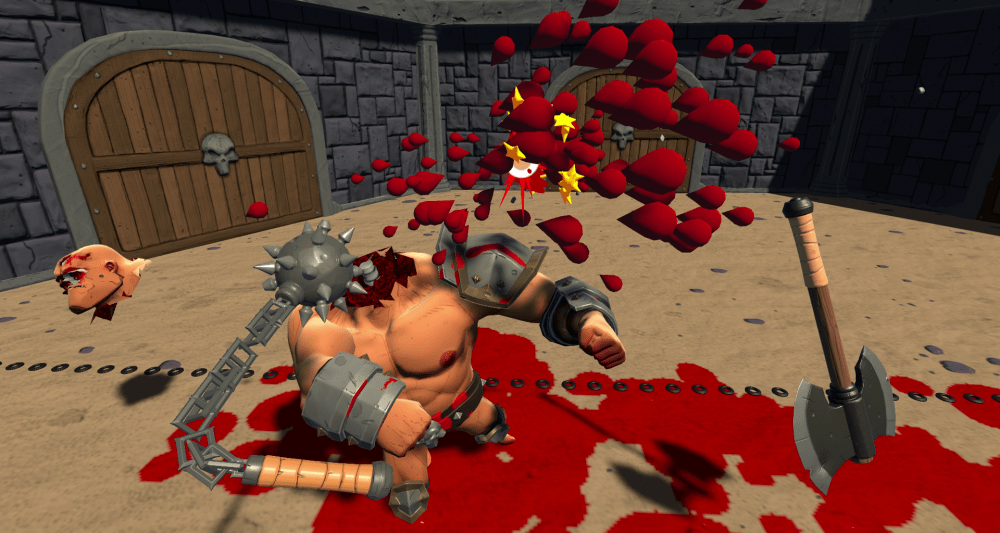 You’ve probably picked up on this by now, but Gorn is a game that revels in ridiculous, over-the-top violence. If that’s not your thing, then Gorn simply isn’t for you. Which kind of touches on my main criticism of Gorn – it’s fairly one-note. Sure the gladiator combat is immensely fun, but the appeal eventually wears thin. There’s no online play and the only other mode apart from the campaign is a freeplay mode where you can try out all the weapons you’ve unlocked. Yet there is plenty of challenge to be had in the campaign mode and multiple difficulty options to test yourself with, which adds to the replayability. 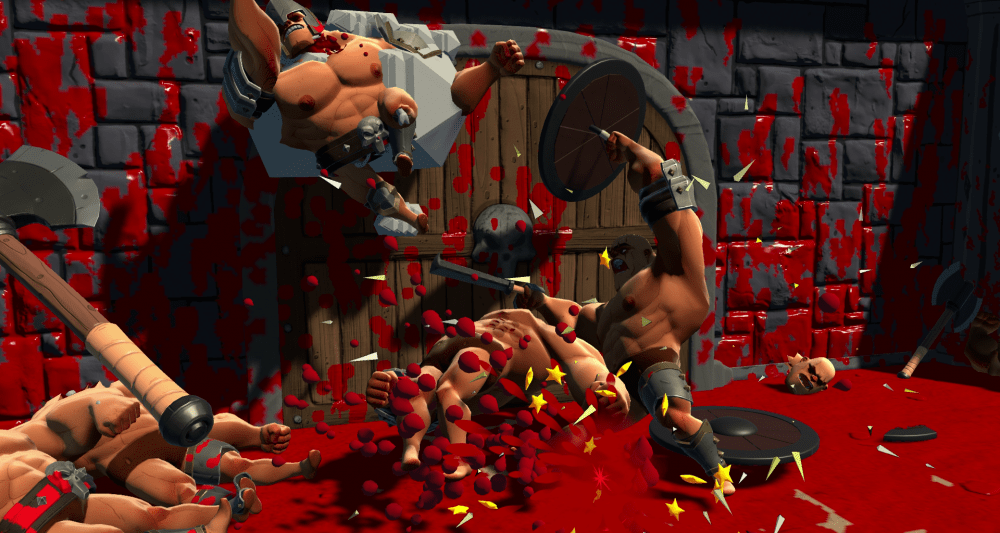 Everyone that owns a VR headset has a small library of games that they keep installed to boot up when a friend comes over to try out VR for the first time. Gorn absolutely deserves to be one of those games. Its intense action and ludicrous violence perfectly demonstrates why VR is so special. It will give you a genuine adrenaline rush, it will make you laugh out loud, it will make you shriek in terror and if you’re not careful, you’ll be so immersed in the action that you’ll smack your hand into nearby furniture over and over again. It’s also a genuinely fun game that you’ll want to come back to whenever you get a VR craving. You probably won’t be playing it for hours on end, but for the price of entry, Gorn is hard to pass up.