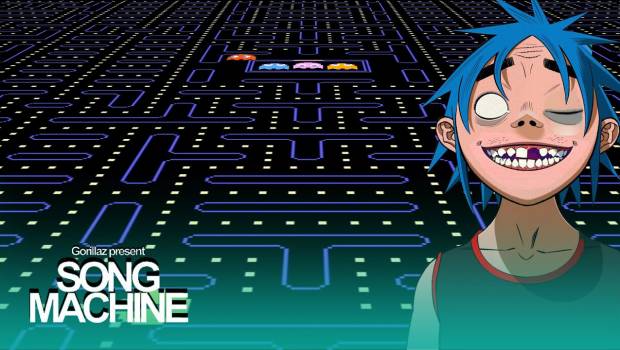 The acclaimed virtual band Gorillaz has shared a new track and music video titled ‘PAC-MAN’. An audio-visual delight bursting with nostalgic sounds and sights, the track features the multiple Grammy-nominated American rapper ScHoolboy Q and a video inspired by the iconic arcade game with colorful visuals that draw on the classic PAC-MAN coin-op aesthetics.

‘PAC-MAN’ is the fifth episode of ‘Song Machine’, the newest concept from one of the most inventive bands around. ‘Song Machine’ will see Gorillaz joined by an exciting and ever-evolving roster of collaborators captured live in Kong Studios alongside the world’s most successful virtual band members 2D, Murdoc Niccals, Noodle, Russel Hobbs.

You can view the official music video for ‘PAC-MAN’ at the following link: gorillaz.lnk.to/s1ep5