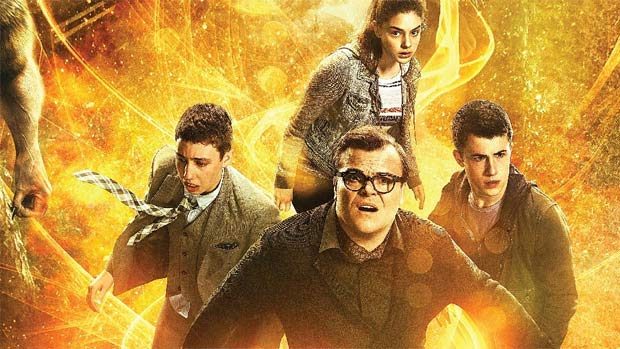 Summary: Books and monsters come to life in this fun, spooky family movie starring Jack Black and a new generation of up and coming talent.

Walk into any bookstore or school library in the 1990s, and you would’ve likely been confronted by a wall of lurid, garishly illustrated covers to a series of juvenile horror novels by author RL Stine. While writing a number of different series, Stine’s greatest success came with the Goosebump books that were released at a stunning rate, and staggeringly, were reported to be selling four million books a month at their peak. 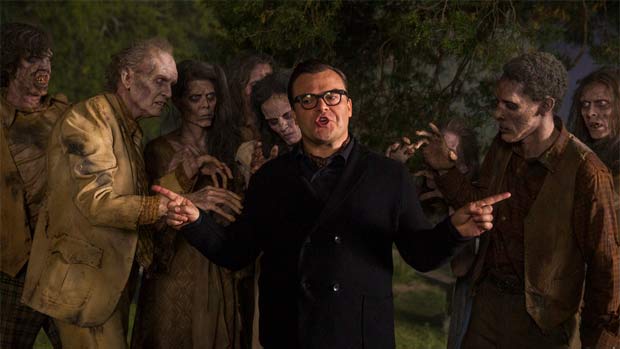 The original series of books focussed on child characters, mining the tropes of horror in a safe reading experience for the target audience. There is never any death and emphasises the characters using their own smarts to overcome evil and win through to the end. In effect, the books present a tamed horror experience designed to give the reader chills and not nightmares.

Such is the publishing success of the series; it’s a surprise that Hollywood has taken so long to tap into the market. There was a four season series produced in the mid-late 1990s, which sold right around the world, but audiences had to wait until 2015 for a movie adaptation of Stine’s works. 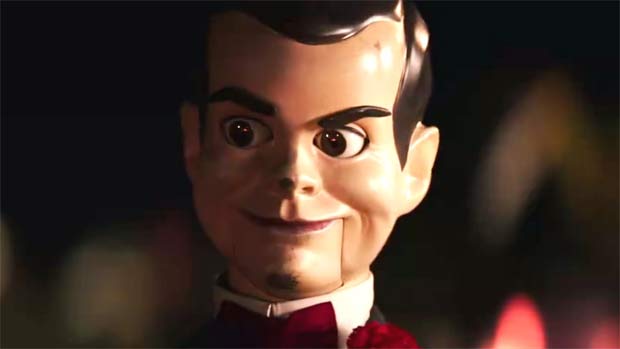 And what an adaptation! The tone of the movie is aimed squarely at the audience the books found. Teenagers in peril, with their clueless parents lurking in the background, ready to bob up as comedy fodder before fading away. The movie is cleverly meta, featuring Jack Black as RL Stine, a reclusive author whose literary works come to actual, terrifying life.

The movie opens with Zach Cooper (Dylan Minnette) and his mother Gale (Amy Ryan) moving to a new town after the death of his father. There, he meets Hanna (Odeya Rush), who lives next door with her reclusive father, Mr Shivers (Jack Black).

The usual boy meets girls in a safe PG environment ensues until Zach discovers the manuscripts Hannah’s father keeps locked in his office. Opening one of them, Zach accidentally unleashes the monster residing in the story and the movie proper begins. It is quickly revealed that Hannah’s dad is really RL Stine (there’s that meta thing again) whose writing is cursed with giving life to his creations – all of which are classic monsters or horror tropes.

From there, the movie kicks into high gear as Zach’s new town and high school are menaced by an army of monsters and villains. With Hannah, he has to find a way to return the monsters to their rightful place in the books, and along the way, learn a bit about himself and Hannah as well.

One day, Black may actually play a straight character in a drama, but in the meantime, he positively chews the scenery here as the author struggling to raise a daughter and contain the horrors his writing have conjured up. He also provides the voice work for one of Stine’s most iconic creations – Slappy the insane ventriloquist’s doll. 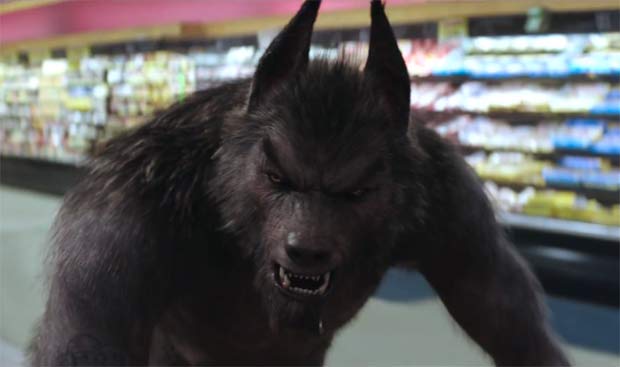 After a slow start where the elements of the plot are slotted into place, the movie picks up speed and never relents. The spine of the movie is the chase across town to retrieve Stine’s original typewriter so he can compose a solution to the chaos gripping the town. Along the way, Zac and Hannah learn a lot about themselves and each other, and in the best PG possible way, fall for one another. It is only when the moon comes out from behind the clouds in a fun cemetery scene that the story becomes much more complicated for Zac.

Even though the majority of the movie is set at night, the colour and movement of the monsters stands out. Snarling werewolf, shambling zombies, cackling doll, cute and nasty garden gnomes, a monstrous mantid and a rampaging Yeti are a small part of the cavalcade of creatures beautifully realised by the SFX budget. While there is no bloodshed, the scares are the sort you remember from your childhood; enough to send a thrilling chill down your spine, but not so much you spend the next month bedwetting and jumping at shadows in broad daylight. In that respect, the movie is perfect family fare – wryly amusing for the adults (thanks to Jack Black’s chew the scenery performance) and spooky and fun for the kids (the monsters always almost catch Zac and Hanna). 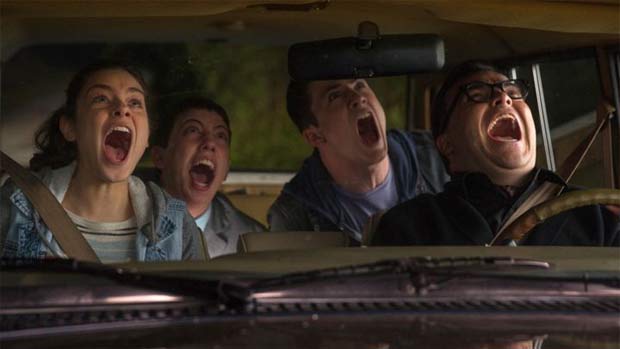 Children’s movies these days tend towards the psychological, as shown with the compelling Inside Out. There is some psychological depth to Goosebumps, but the emphasis lies with the thrills and spills of a very good scary movie that sets out to make you jump, then laugh, instead of instilling dread and horror. It really is fun for all the family – the perfect Saturday night family viewing experience.

The featured extras are extensive. From the typical (and largely unfunny) blooper reel, to the surprising alternate opening and even a collection of actor screen tests, there’s enough extra material here to just about replicate the movie’s running time.