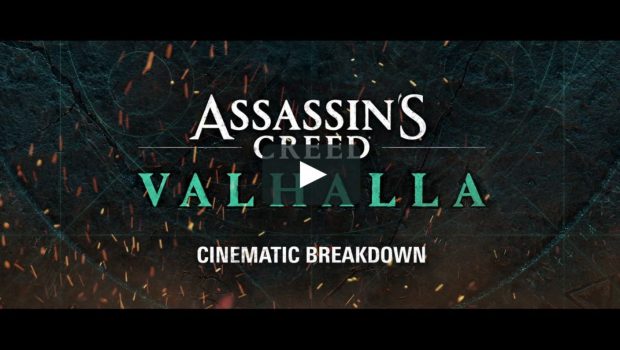 Ubisoft’s flagship 2020 thriller Assassin’s Creed: Valhalla follows Eivor, a Viking raider who becomes embroiled in the conflict between the Brotherhood of Assassins and the Templar Order. Goodbye Kansas Studios, in collaboration with Eddy TV and DDB Paris, worked together to set the scene for a 90 second TV commercial in advance of the game’s release.

In bringing this trailer to life, the team were instructed to create a convincing digital human in lead character, Eivor, and have his performance “break the fourth wall” to address the audience at some point. Watch the behind the scene breakdown of the trailer below:

Goodbye Kansas has built a reputation on creating digital humans and the character of Eivor is no exception. But how did they go about making him so convincing and having him connect with the audience? “Well, I think it’s a combination of things,” says Jan Cafourek, Executive Producer. “One thing is obviously the breaking of the fourth wall. That’s a huge thing. And I love that we have him look straight into the camera. I mean, you can’t get more connected than that!”

“It’s the build-up of the whole piece,” says Holmsten. “When he comes out he releases the merchant and looks into the camera. The lighting, the look, the modelling, everything climaxes there at that point and it allows you to engage with Eivor. It feels like he’s breaking his character in that little smirk. He has been playing this badass Viking in order to set fear into the people he is about to conquer, but having him looking into the camera with that little smirk, the viewer learns that he is not only that. He’s a very smart man.”

Assassins Creed: Valhalla was released on November 10, 2020, to coincide with the launch of Xbox Series X/S. According to the developer, Ubisoft, the game went on to sell more copies in the first week of release than any other game from the series.