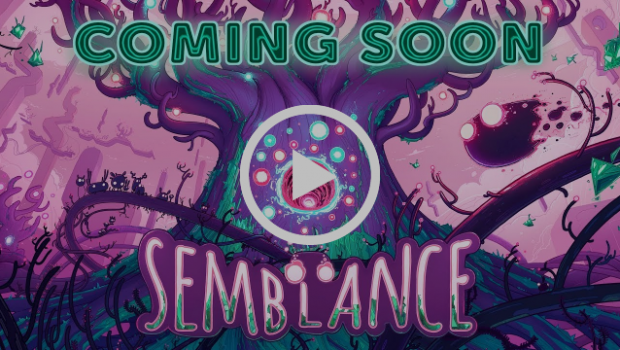 AMSTERDAM – Mar. 7, 2018 – Good Shepherd Entertainment has revealed a new partnership to publish independent South African developer Nyamakop’s world-busting puzzle platformer Semblance later this year on Nintendo Switch™ via the Nintendo eShop, as well as on Windows PC and Mac, for which the game had previously been announced.

Semblance is a puzzle platformer where your soft, bouncy character and its soft, bouncy world are almost entirely deformable. An infestation of hard material has started to spread throughout the land. Squish, squash, mold and deform yourself and the environment to solve challenging puzzles, squeeze through tight spots and restore your delicate world back to life! Semblance pops with gorgeous minimalist art style, atmospheric sound design and an engaging storyline to organically unravel as you explore its world. The game has received special honors for its unique gameplay and aesthetic at multiple gaming shows throughout development.

Semblance is rated E (Everyone) by the ESRB. For the latest updates, visit http://semblance-game.com, and follow Good Shepherd Entertainment and Nyamakop on Twitter respectively @GoodShepherdEnt and @Nyamakop.