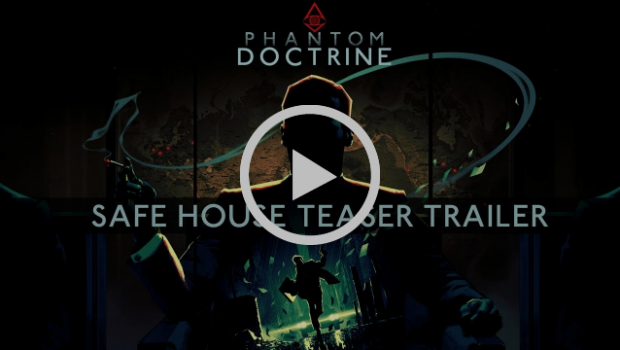 Set in 1983 during the Cold War, Phantom Doctrine is an alternate history thriller in which players lead The Cabal, a secret organization dedicated to fighting a global conspiracy committed to controlling the world by pitting world leaders and nations against one another. Deception is the great equalizer as players will have to operate from the shadows to exploit every vulnerability – ruthlessly interrogate and brainwash enemies and allies alike to create double agents, saboteurs or unwitting collaborators.

Develop and defend your base of operations, recruit agents from the world’s many factions, and research new tech to give your operatives the advantage. Campaign missions to deliver sprawling tactical encounters that revolve around two key pillars: stealth and explosive, or all-out attacks. Your team of operatives can be deployed into the field either fully armed or disguised as civilians, allowing them to infiltrate dangerous areas undetected at the expense of heavy weapons and armor.

Decode and analyze your way through immersive investigations to expose far-reaching conspiracies and elusive targets. Delve into the oppressive dark corners of the volatile 1980s with atmospheric visuals and an unnerving soundtrack by the award-winning composer Marcin Przybylowicz, of The Witcher 3 fame.