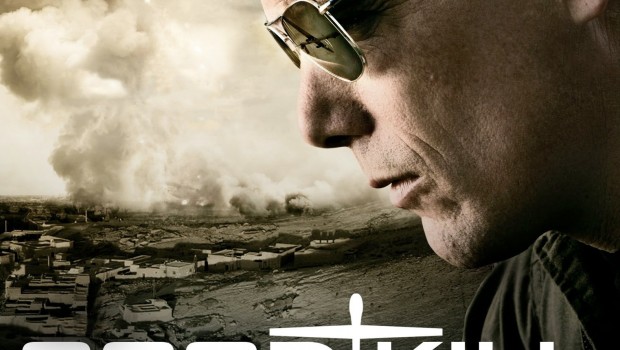 Summary: What happens when you take a pilot out of the sky and put him behind a desk flying by remote control?

This movie went under my radar, it wasn’t until I was watching some trailers on another disc that I first noticed it. Huh… Ethan Hawke is in it… looks interesting, I thought… and thus I was set on my path down the Rabbit Hole of Good Kill.

It’s probably good to note from the start that this is a repeat collaboration between Ethan Hawke and director Andrew Niccol (previous works together being Gattaca and Lord of War). 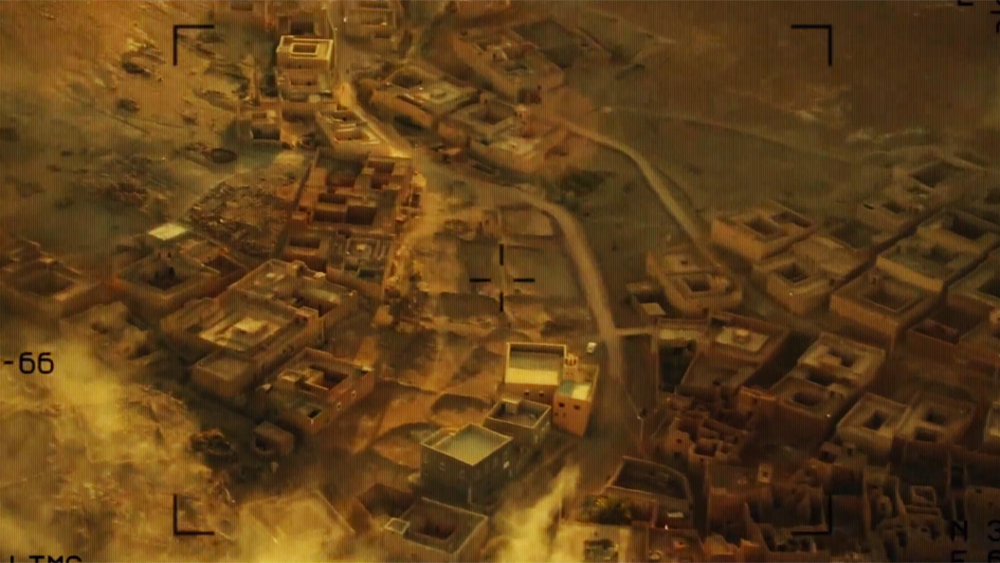 Ethan Hawke plays Major Thomas Egan a veteran pilot who has flown jets in combat but is now stuck behind a desk in what is effectively a shipping container command center. In exchange for his cockpit he has an office chair and a couple of joysticks with which he now remote pilots a drone fighter in warzones. With support crew supplying intelligence and co-ordinates he is able to pinpoint key targets and exterminate them before handing over the controls for someone else to return the drone to base while he drives off the base and home to his wife and step-children.

It’s a new type of war, one that will take some getting used to… if it’s possible to get used to at all.

Egan has enough trouble with the notion of no longer being in a cockpit personally flying over military strike zones, he’s conflict is heightened even more when his drone squad are assigned a CIA handler dictating their targets and how to engage them.

Niccol has done another great job here taking something that is on the cutting edge of modern technology, something that has been thrust into use without much debate about the ethics of it. The use of remote drones to enter war zones, engage targets and leave whilst certainly minimising allied casualties, does have the potential for misuse. One of the most poignant statements in the film is when Zoe Kravitz as Airman Vera Suarez asks the question “are we getting rid of terrorists or making more?” upon witnessing a strike against some “questionable” targets and the fact that a witness left at the scene is the sort of person who may well end up wanting revenge for such a horrible event.

At the same time we are seeing the drone strikes and the team behind it, wondering where the moral line should or could be drawn, we are also seeing what being part of this new warfare can do to a veteran of more “traditional” combat. When someone whose whole life/career was invested in being up in the air, feeling the danger and putting their life at risk in order to engage targets on the battlefield suddenly finds themselves with no greater danger than crashing their car on the way home from their workstation, what does that do to them, how do they cope with such a dramatic change in environment?

The question is also raised about how these new “pilots” are recruited with Bruce Greenwood as Lt. Colonel Jack Johns telling a bunch of new arrivals effectively that they were recruited because of how well they play war video games these days. The parallel between drone pilot and armchair gaming militarist is hard to miss and may make you wonder are games becoming more realistic for the sake of entertainment or for the sake of clandestine training for the armed forces? 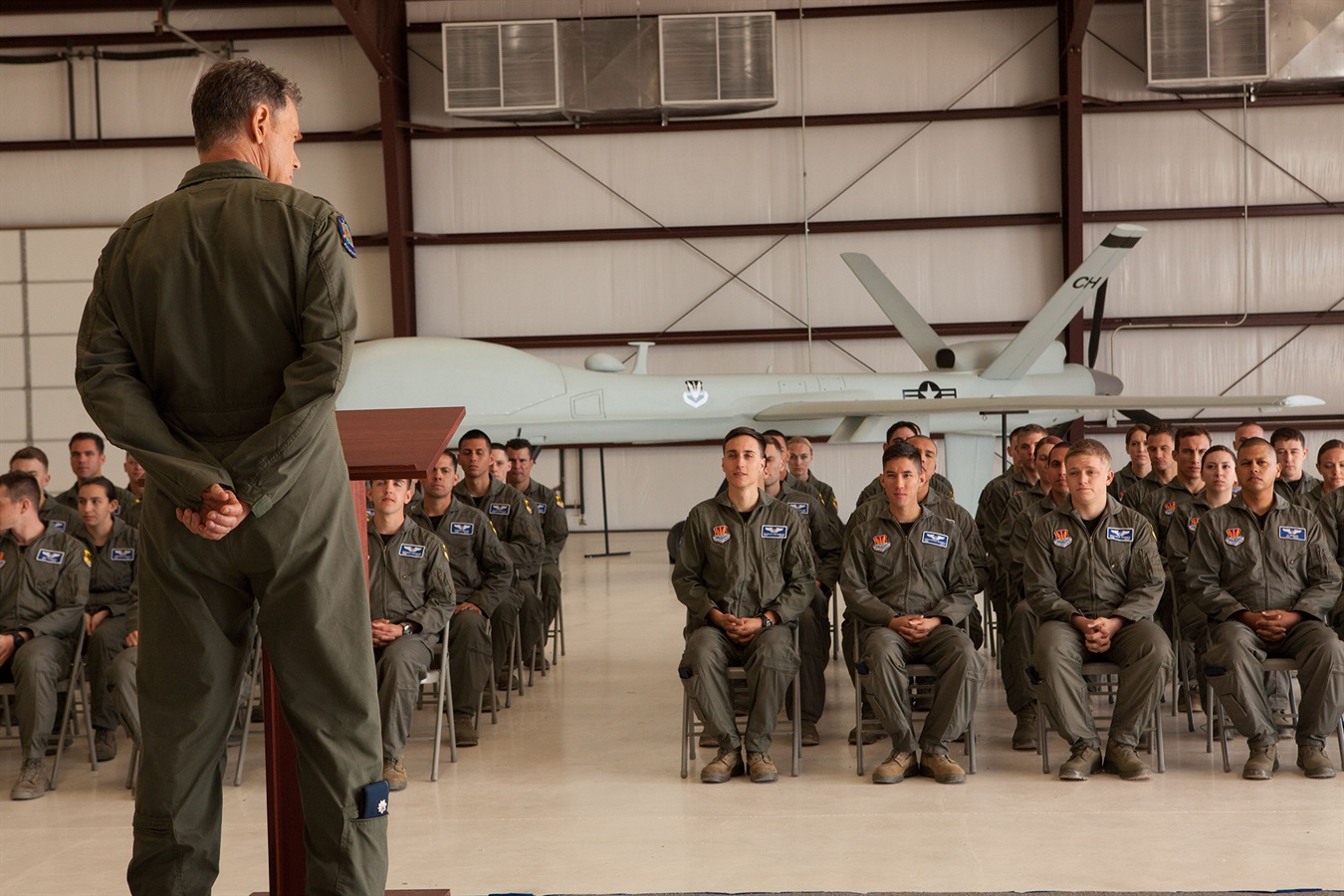 Overall it’s a great film with excellent performances all round, some deeper thinking and moral questioning for those who want to dig deeper and enough conflict and drama both on the military base and at home for those who want a bit of the effects of war thrown in.

If you like either of the earlier collaborations with Hawke and Niccol I’d say there’s a good chance you will enjoy this! 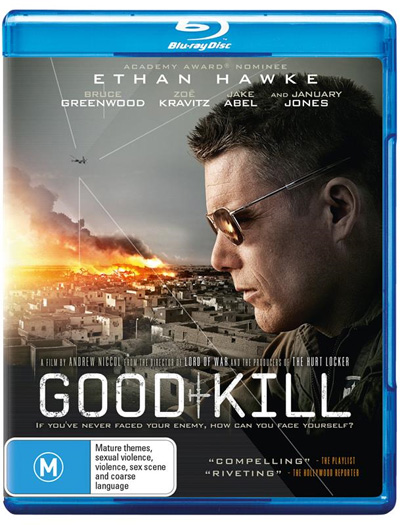