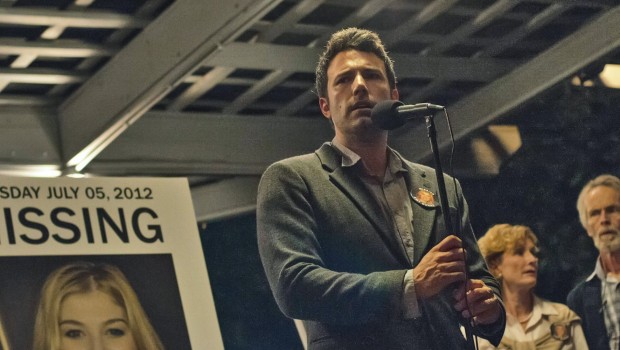 David Fincher’s new mystery thriller Gone Girl shares many identities. The way it brims with cultural ideas characterises it as a social critique, while the elaborate structure of the narrative deconstructs and subverts the murder genre it purports to be upholding. The same ambitions strengthening Gillian Flynn’s screenplay, adapting her own novel, crafts a very long and complex film, which is uneven in the way it displays brilliance but also features some stretches of tedium. An early surprise in the film is how reservedly Fincher approaches the genre. He rarely moves the camera, focussing strictly on the actors under the dim and minimal lighting. The pacing of the film is also extremely leisurely, particularly as multiple endings prolong the film’s duration. The understated approach commits the film and Fincher’s admiration for genre filmmaking. Yet as a filmmaker appreciative of the brooding, bleak corridors of crime stories like Se7en and The Girl with the Dragon Tattoo, Fincher is not reputable for his funny side. The first major risk of Gone Girl is stretching outside the genre conventions, reaching for satirical targets and humour, painting the media as caricatures, which tonally jars with the seriousness of the story. After all, this is a morbid portrayal of a corroding marriage between Nick (Ben Affleck) and Amy (Rosamund Pike) who were once in love but lost their jobs and their money in the economic downturn and became angrier with each other’s shortcomings. Their relationship is shown through two threads: Nick’s interrogation by the police as he helps them follow clues Amy has left for him after her disappearance and flashbacks to the start of their relationship, narrated through Amy’s diary. 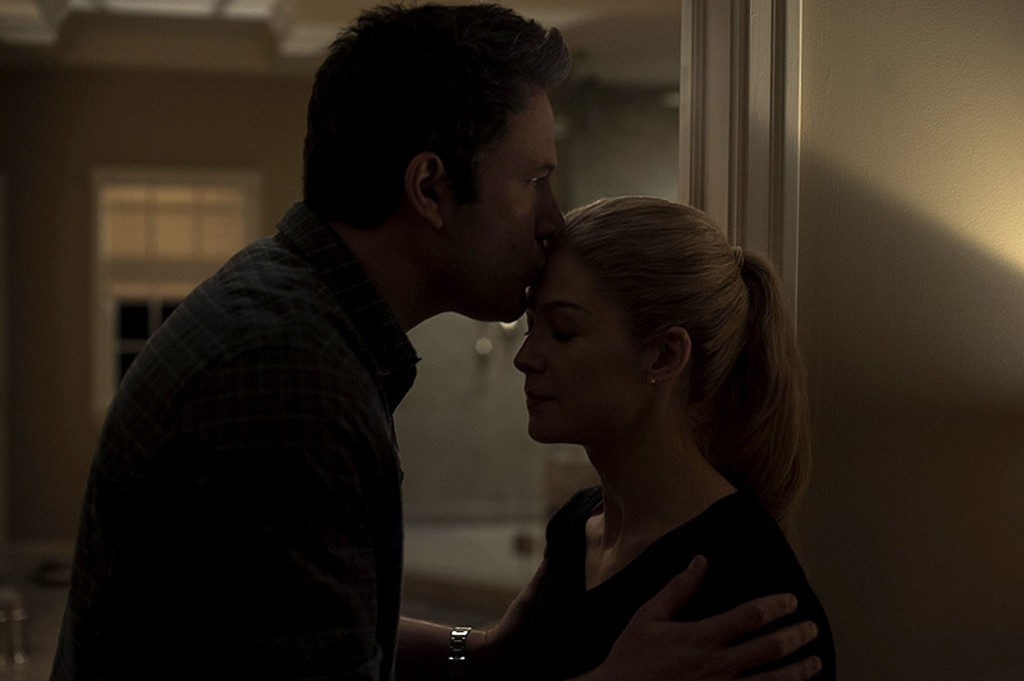 As a satire on news and media scrutiny, Gone Girl isn’t new or insightful but adds media and truth to a laundry list of large topics it wants to explore. The film doesn’t flinch in blaming talk shows for manipulating news stories without facts and addresses hysteria by including a television show host as part of the film’s slightly jarring comic relief. These targets contribute to the cleverest aspect of the film, unearthing the script’s postmodern meta structure, showcasing an exercise in craftsmanship, with story beats themselves encompassing notions of truth and lies. The film’s two major threads appear to be separate timelines but the information conveyed in one alters the other, aiming to shifting our allegiances towards Nick and against him about whether he killed his wife. At first we confidently know Nick did not kill Amy, but learn he was aggressive to her in their past and she grew increasingly fearful of him. Character in this film isn’t merely revealed, it is exposed. Another fine use for the theme of manipulation is the way the film subverts existing film genres, growing into a mystery seemingly without a body, a clear killer or villain, and the clues have unusually been left by the victim herself. I won’t reveal what emerges in the second half of the film but the way this film twists and turns and subverts the murder genre is both imaginative and absurd. Some twists are so elaborate and overly calculated, revealed through Saw-esque montages, you can kiss credibility goodbye. 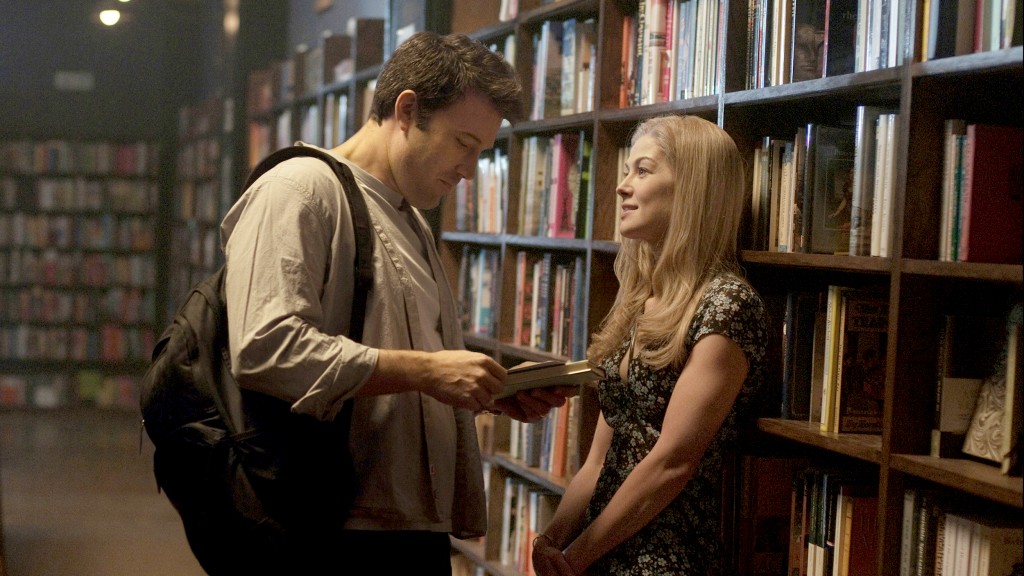 The way Gone Girl continually stays a step ahead of its audience, adding new dimensions to characters we thought we knew, deserves praise for continually blindsiding us. There are also some highly suspenseful scenes in the second half which do not always unfold as we might expect, with the fates of the characters constantly twisting. Adding to the film’s bizarre pastiche of ideas is the humour, finally landing in the last quarter of the film. The darkly comic absurdism targets marriage itself as a crazy bond between two people who can’t stand each other but will do almost anything to remain together. Some of this I found hilarious as it satirises American life in the suburbs and celebrity. The performances are generally good, particularly the different layers Rosamund Pike brings to her character, including an atmospheric voice actor. But Ben Affleck while predictably stern, does not seem overly stretched, lacking intensity in the first portion. Neil Patrick Harris has a small but pivotal role though as a seemingly creepy ex-boyfriend, still obsessed with Amy. There is an implied, understated menace in his acting, which is extremely haunting and another welcome surprise. Qualities like his performance are difficult to explain in detail given the intense delicacy of not spoiling the film. The film is about a failing marriage and likewise it is the relationship between subverting the genre and not always being happy with what we discover under the surface. The film is a deceitful, lying partner, who can tell a good yarn and while we’re not ready to believe all of it, we hang on for the ride anyway.

Summary: The film is a deceitful, lying partner, who can tell a good yarn and while we're not ready to believe all of it, we hang on for the ride anyway.