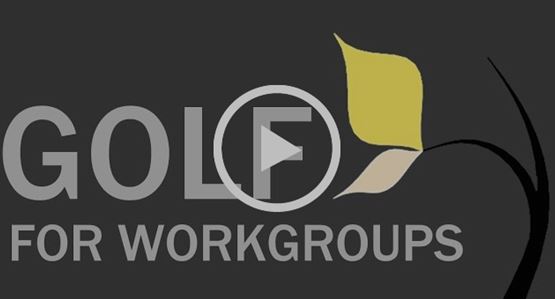 Golf for Workgroups is a competently designed golf course, ball, player and cart simulation with a swing component designed to be satisfying.  Includes free roaming golfer and caddy using industry standard WASD and mouse layout.  Up to four players each navigate a biped around a height field texture mapped to look like a golf hole.

“While there are several excellent golf games already available on Steam, Golf for Workgroups is the only one that negotiated and signed a publishing deal inside itself during an in-game meeting,” said Devolver Digital CFO Fork Parker.

Golf for Workgroups began in 2008 as a free game confusingly called Golf? with developer Cryptic Sea going back to update and tweak the game for a week or two every once in awhile. Over the years the game gained a cult following from gamers and game industry weekend golfers as it improved with each iteration. Earlier this year, Cryptic Sea and Devolver Digital decided that the world was ready for an online multiplayer golf game where business could be conducted in a professional setting and made plans to release the game as Golf for Workgroups.