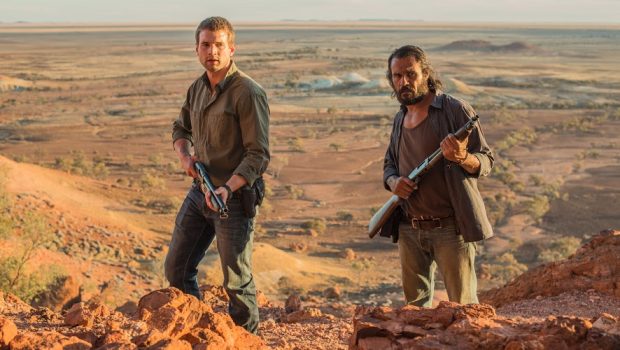 Goldstone is a bad case of déjà vu. It marks Ivan Sen’s follow-up to the overrated Australian Western Mystery Road, but it also repeats many of that film’s glaring mistakes and missteps. Rarely has a film looked as jaw-dropping as this while being so poorly served by its screenplay. Set in a desolate and lonely outback mining community, the film’s most notable assets are its visual design and aesthetics. The wide open plains of the outback are stunning on the big screen. So too are the enormous overhead shots of vehicles pouring down the empty dirt roads. There’s also a strong feel for containment in the visual design with the film’s spaces compressing tightly in the interior areas. Is this to show how one can lose themselves and their focus in life before they discover something meaningful to fight for? It’s hard to entirely justify this as the film’s message. It’s a beautiful film to look at but the stylistic choices are diversions from how meaningless the film is on the whole, due to Ivan Sen’s muddled and overpacked script. The story and characters he’s written are implausible, the plot is littered with holes and the scenes themselves are both over and underwritten in a screenplay badly in need of extra shape and structure.

Saying the film isn’t a sequel to Mystery Road is a bit of a lie. The films are similar in their premises and climaxes and Aaron Pedersen reprises his role as Jay Swan, the disillusioned Indigenous cop who saved the day in the last film. The reintroduction of his character isn’t credible. The first time we see Jay is when he’s blind drunk and driving down a desert road towards the community. After losing his daughter, Jay has been assigned to find missing people. Do the police have such low standards for their officers that they’d allow Jay to venture on his own in such a shambolic state and never once have to report to anyone throughout the film? At least Pedersen’s acting style is minimalist—a bonus considering how overplayed the other actors are and how bad the dialogue is. Jay’s exchanges with Josh (Alex Russell), a young white cop, become the bulk of the film’s content but they’re stagnantly filmed with the actors flat footed or sitting down. Too many of their scenes slow the plot with meandering and mumbling. The film’s villains bring no energy or danger to the proceedings due to their obviousness and implausibility. Jacki Weaver and David Wenham both underwhelm as Maureen and Johnny, the mayor and a corrupt mining heavyweight who don’t want Swan investigating the disappearance of a girl. Laughably, we’re told this report was made six months ago. The villains and their dialogue are so overloaded that the scenes where they encourage Jay to leave the area share no tension. In fact, so transparent is their wickedness that after they try bribing Josh with wads of cash, his bewilderment over a suspicious suicide (David Gulpilil in a small role) seems ridiculous. A stronger backstory and a goal would have strengthened the inner conflict of the character Josh. 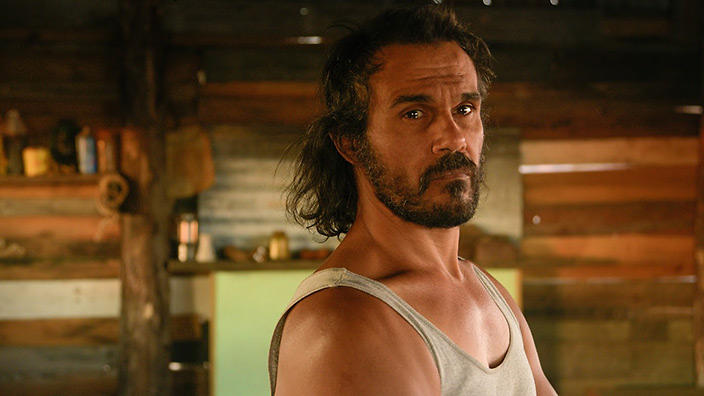 Sadly, the contrived set ups and situations fare worse than the poorly drawn characters. The clumped storylines lack authenticity and are plagued by plot holes. Maureen’s attempts to bribe Josh to aid her with extending the mining licence are inaccurate to the industry and don’t make sense. Similarly, a badly staged scene sees Jay’s trailer attacked by bad guys, including one with an eyepatch no less, but in the next scene he’s drinking calmly in the same room. Jay’s detective skills are also on par with Sherlock Holmes with a comical number of clues popping up for him in the desert. The mystery’s clunkiness is summarised by a random character turning up to throw a clue out of a car and into Jay’s lap. More embarrassing is when Sen tries building conflict through firearms and combat. Arming an Australian mining company with gun-toting hoodlums is a huge miscalculation of probability. An attempt to be culturally sensitive also backfires because the pivotal subplot involving Asian girls being flown in to work in the mine’s brothel is offensive. The girls look too polished for this line of work and its awkward for an Asian character to speak in deliberately stilted dialogue, calling Josh “Mr. Policeman”. The older Asian woman overwatching the girls is mostly a caricature, lecturing them about working hard but also talking about making their mark in the world, which is misplaced considering their situation. Fortunately, Sherlock Jay Holmes is on the case and uncovers the scheme by strolling by a mining site one night and using his binoculars; such is the contrived way moments unfold through coincidences and nonsense in Goldstone. 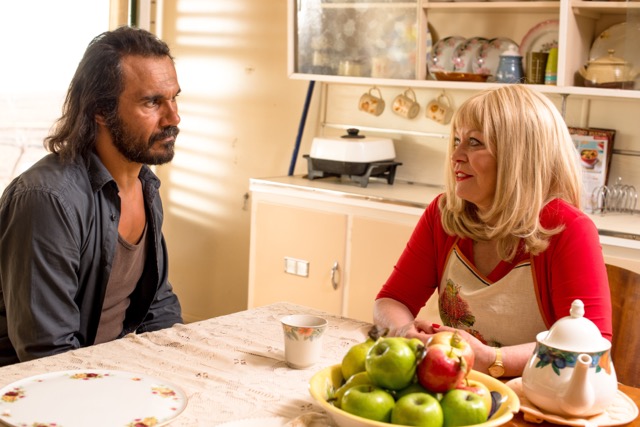 Sen needed to be more selective with Goldstone’s targets because after people smuggling, the checklist continues. He also wants to explore racism, land rights (both in block letters) and reach for a message about finding yourself in an oppressive country. When Josh realises he’ll be nothing if he stands tall against the mining industry and Jay remembers his Indigenous father, it’s the first signs of life in this wasteland of a movie that we have a theme. But Goldstone is a mirage of a movie that might just be about picking your best arsenal, loading up and kicking ass. The seriousness of the film’s subjects and its character development evaporates by trying to outdo and outgun its predecessor’s climatic shootout, which was lame the first time. Inspiration is found in the most unlikely and silliest of places: Michael Bay’s finest hour, Bad Boys (1995). Just shy of saying “lock and load, sir”, Jay and Josh suit up, throw shotguns over their shoulders and set out to make some evil miners and their lackeys pay. Full blown shootouts must be common practice in this particular mine because some of the workers don’t bat an eyelid when Josh and Jay walk past them with their weapons. What’s the point of that? The juvenility in this climax is the final straw. Aside from the stupidity of the miners in their work clothes bearing guns, the lack of attention to detail is further amplified by Jay taking no damage after having his windshield shot to pieces with a machine gun. These noticeable errors make Goldstone a disappointing follow-up to Mystery Road and one lacking in subtlety and plausibility when it should have showcased improvement in Ivan Sen’s work. A closer eye on small details and a stronger script will one day help him reach the same level of greatness as this film’s gorgeous cinematography.

Summary: Rarely has a film looked as jaw-dropping as this while being so poorly served by its screenplay.