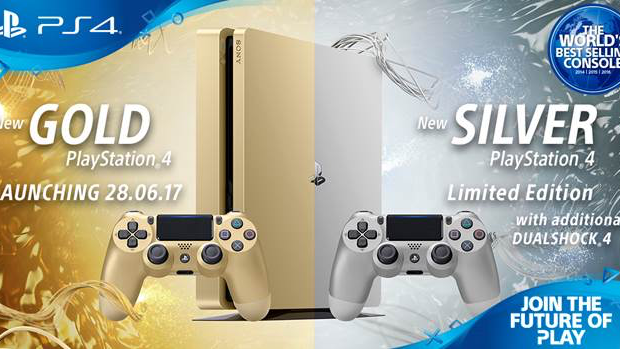 The two new colours – Gold and Silver – are both sleek and stylish and absolutely perfect to make a ‘metallic’ statement. Both will be available as 500GB models, including two matching DUALSHOCK 4 wireless controllers.

Both will be available in select Australian stores from 28th June 2017 as limited editions for a recommended retail price of $509.95 AUD. The Gold and Silver DUALSHOCK 4 wireless controllers are also available as standalone products.

These two new variants join the original Jet Black PS4 alongside the Glacier White edition which released earlier this year.