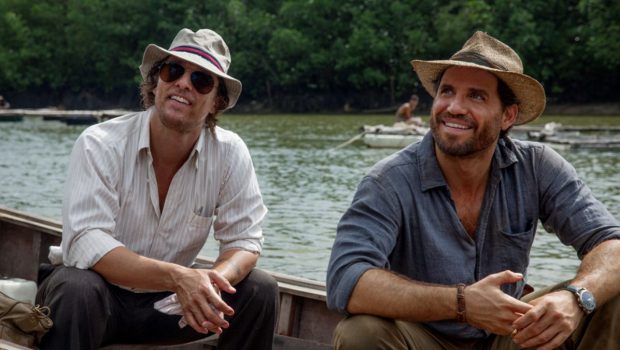 ‘Tis­­ the season of Oscar-bait films, or at least ’twas the season of Oscar bait films. Gold is one of the last stragglers which doesn’t see a wide release until late January or even early February here in Australia; however, that didn’t stop it from being snuck out for two days in one city last December in order to qualify for the awards season. Seemingly tailor made for Oscar gold the film not only has a golden name but also a golden formula; directed by Academy Award winning screenwriter Stephen Gaghan Gold details a strife-filled rags-to-riches biopic starring a balding, pot-bellied, Academy Award winning Matthew McConaughey. This flabbier 2016 edition of the rom-com drool turned serious Southern drawl is a drastic shift from the 2013, and Oscar winning, edition that came in Dallas Buyers Club (2013) rake-thin, his transformation should have the final decider in awards glory. But the pieces don’t quite come together. Subsequently, Gold amounts to little more than an attempted Oscar vehicle for its star.

Carbon-dated by the soundtrack and Bryce Dallas Howard’s hairdo, it is the late 80s. McConaughey is Kenny Wells. He is a prospector, his daddy was a prospector, and his daddy’s daddy was a prospector. Falling on hard times, Wells bets his last dollar on geologist Michael Acosta (played by Edgar Ramirez) in the hope of finding gold in Indonesia. Based on, sorry, inspired by, true events, Gold follows Wells from riches to rags to riches to more riches to rags to riches to rags to…riches? That final question mark is there because the film takes creative license with factual evidence, at the very least it goes beyond changing a few names around. Inspired by true events indeed. However, this does allow the story to be tied up in a neat little bow that will leave a smirk on anyone’s face as it rolls into the credits.

With an abundance of twists and turns Gold remains entertaining enough but there is little reason to care about any of the characters. McConaughey’s Wells is the only one given significant focus, and while well performed, the stench of his single-minded embodiment of the American Dream gets a bit one-note. Taking more liberties with history would be preferable if it would tighten up the plot which ultimately boils down to a loose string of events. To the film’s credit though, it does manage to make the latter half of gung-ho capitalism more interesting than the preceding gold hunt.

The major downfall of Gold is how the film is presented. The first half of the film is sporadically narrated by Wells; in of itself this is merely superfluous, offering up great nuggets such as Wells the narrator exclaiming he had been drinking as he is pictured lying unconscious next to a bottle. The problem is this narration just disappears and is suddenly superseded by a new frame—a True Detective style interview by police—only to revert to narration for a single, throwaway line. In a perfect and optimistic world, this could be passed off as creative flair, if handled correctly it could even work in the film’s favour as a big question of whether Wells is deceiving everyone he knows. But the few times Gold does changes its format the film does it so inconsequentially, ineptly, and fleetingly that it shoots itself in the foot. 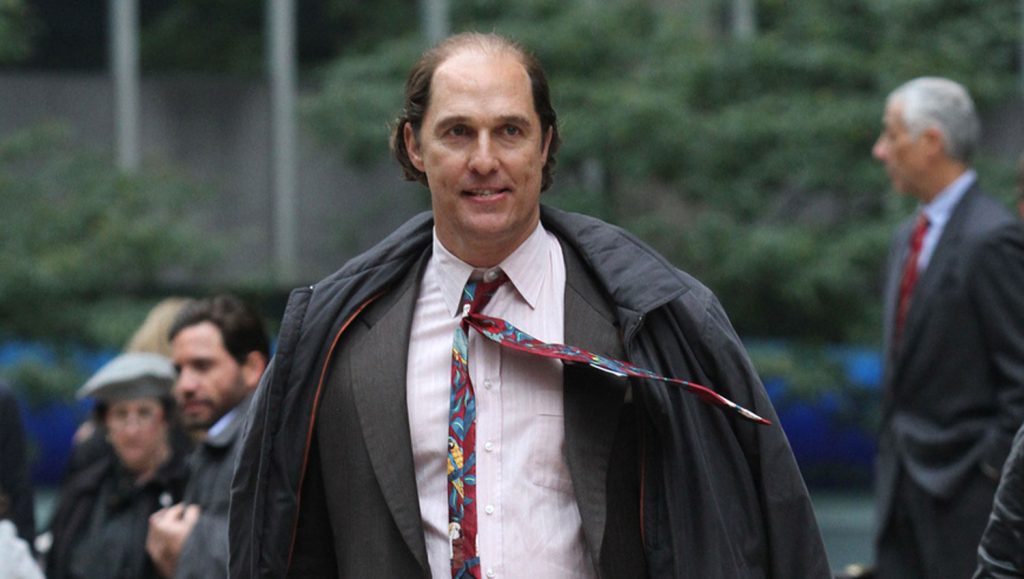 Another downer is that one of the cameras appears to be faulty or ineptly handled during a sizeable chunk of the Indonesian chapter of Gold. Many of these segments filmed in Thailand look like they were shot by a 12-year-old with a Handycam and are especially jarring when quickly cutting between character dialogue with the varying quality.

Putting in a solid performance McConaughey has further cemented himself as the go-to for serious Southern roles. It’s a shame the material used to frame this film is closer to cement than gold. Gold would have worked better if it either remained consistent in its storytelling style or went off the rails entirely as a zany, avant-garde tale. Instead Gold remains in an ineffectual and visionless limbo. Given its shiny pedigree and what it actually delivers, expect Gold to underperform this awards season.

Summary: McConaughey delivers as a perseverant prospector. However, the remaining offerings of Gold are hardly even worth bronze.