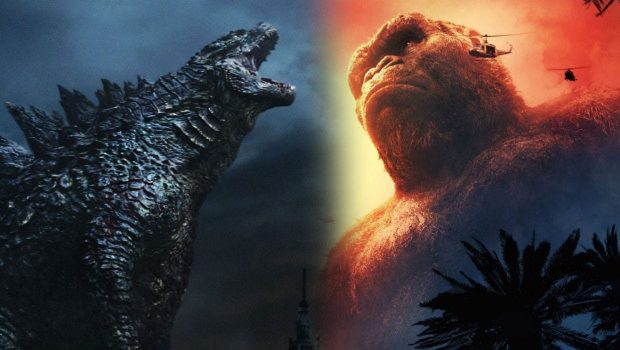 GODZILLA VS. KONG START OF PRODUCTION

WARNER BROS. PICTURES’ AND LEGENDARY ENTERTAINMENT’S MONSTERVERSE SHIFTS INTO OVERDRIVE AS CAMERAS ROLL ON THE NEXT BIG-SCREEN ADVENTURE “GODZILLA VS. KONG”

Director Adam Wingard takes the helm to bring the long-awaited face-off between these two iconic titans to the big screen.

Following the global success of 2014’s “Godzilla” and 2017’s “Kong: Skull Island,” and in the lead-up to the 2019 release of the highly anticipated “Godzilla: King of the Monsters,” comes the next chapter in Warner Bros. Pictures’ and Legendary Entertainment’s cinematic Monsterverse: “Godzilla vs. Kong.” Beginning production today, the epic action adventure will pit two of the greatest icons in motion picture history against one another – the fearsome Godzilla and the mighty Kong – with humanity caught in the balance.

In a time when monsters walk the Earth, humanity’s fight for its future sets Godzilla and Kong on a collision course that will see the two most powerful forces of nature on the planet collide in a spectacular battle for the ages. As Monarch embarks on a perilous mission into uncharted terrain and unearths clues to the Titans’ origins, a human conspiracy threatens to wipe the creatures, both good and bad, from the face of the earth forever.