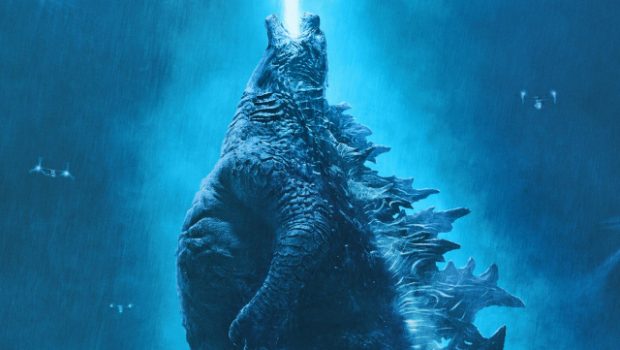 Its big, loud and lumbering, and that’s just the beginning. Godzilla II is a disappointing sequel to the 2014 film that amplifies its worst tendencies. In my review of the prequel, I wrote: ‘Godzilla squanders the potential of its fantastic cast in favour of huge set pieces and special effects’. The same comment is applicable here as lessons have not been learnt. Some might argue monster movies never properly service their casts because it is about the beasts.

However, it is not unreasonable to demand more when the talent is this strong. Actors Ken Watanabe, Sally Hawkins, and David Strathairn reprise their roles and are joined by Vera Farmiga, Kyle Chandler, Millie Bobby Brown, Bradley Whitford, Charles Dance, Zhang Ziyi, and O’Shea Jackson Jr. Considering the actors, the material is embarrassing. Godzilla II is only concerned with dull action scenes and cluttered, unimpressive visual effects.

The clumsy plot is about a family who lost their son, Andrew, when Godzilla was last fighting monsters in the city. Andrew’s mother, Emma (Farmiga), still loves her daughter, Madison (Bobby Brown), but has divorced from her husband, Mark (Chandler). He blames Godzilla for Andrew’s death. Emma continues working for Monarch, a research company that believes that Titan monsters like Godzilla and Mothra can be used to protect the earth. The company is soon attacked by the evil Colonel Alan Jonah (Dance) who wants to steal Titan DNA.

He kidnaps Emma and Madison and steals Emma’s sonar device, the Orca. Mark invented the gizmo, which uses frequencies to communicate with the monsters. When Mark discovers that Emma and Madison have been taken, he is told by Monarch that if he finds the Orca, he will locate his family. The rescue mission is interrupted by Emma’s conflicted motives and the clash between Godzilla and several Kaijū beasts, including the three-headed dragon Ghidorah, which are trying to harm the world.

Godzilla II devolves into action so briskly that one must ask if mainstream Hollywood has now dispensed with characters and exposition entirely. After one lame family scene, the film bombards us a flurry of monsters and heavily armed soldiers. This is largely the fault of director Michael Dougherty, who replaces Gareth Edwards. Dougherty has made several horror comedies and is unfortunately credited with writing the story for X-Men Apocalypse (2016). He is only interested in pyrotechnics and ear-splitting sound effects rather than character.

A few months ago, the film’s distributor, Roadshow, released several images showcasing the special effects. Individually, the frames looked legible and impressive. In the context of the whole film, the visuals are completely overblown. Dougherty pounds us with overwrought set pieces. It is not the scale of the action that hurts but the composition. Every sequence is over-the-top and cluttered with competing visuals elements, including fire, snow, rain, lighting, and dust. 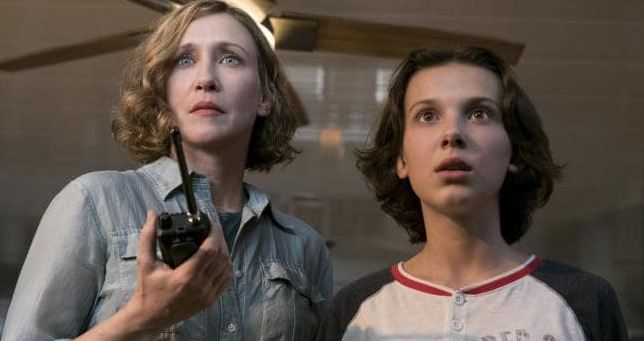 Bar one surprise jolt, there is no sustained tension. This is partly because the set pieces are governed by improbable physics. In one snowstorm scene, an airship is trashed by giant monsters while its occupants remain unharmed. In another, a rescue transporter crash lands inside of an airship with no sign of fuel damage. While plotted on a scale spanning multiple countries, the images of destruction are derivative when photographed through a blue lens.

The dust from the destroyed cities evokes the same tired 9/11-esque visuals of chaos that Hollywood has exploited since the September 11 terrorist attacks. As for Godzilla, he appears in the first scene in the film, which is an improvement over the original where he was absent for long stretches. Yet given there are multiple enemies, the king is still overpowered by his foes. It is something the dreaded third movie will address.

Despite cities being destroyed and mass numbers of people screaming, King of Monsters is disinterested in humanity. The screenplay is poorly written and ineffective in creating multidimensional characters for its high-quality cast. The main human drama is a cliché setup about an American family wounded by the death of a child. A cheesy family reunion where they put their differences aside to work together is inevitable. Except for a character choice at the end, the family’s central conflict is overly formulaic and corny. 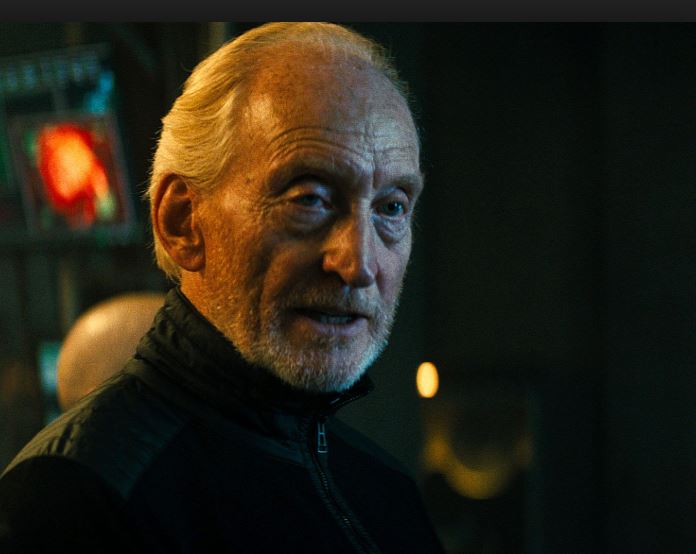 In one laughable scene where Mark and Emma are fighting, he squeals, ‘you already put our daughter in danger!’ Too many scenes are also hampered by exposition where the actors look at computer screens to spout scientific nonsense or explain the plot. The character motivations are clouded and silly too. One moment Emma is captured by Jonah and then in the next scene she speaks like a villain as though a transition or three was cut from the film. Vera Farmiga has a deeply expressive face, evident in a teary first close-up. However, as Emma she is also forced to recite an idiotic Thanos‑like monologue about the world needing renewal, and, most improbably, humans co-existing with the Titans.

Her performance is hampered by a structural flaw in the screenplay. The decision to split the cast into two groups means that the film spreads itself too thin. Farmiga and Bobby Brown have little to do until the final quarter, and the latter’s magnetism is underused. Kyle Chandler ensures Mark is wounded and driven by feelings of loss, but he is humourless and heavy-handed even when discussing fighting a three-headed dragon or relying on the assistance of a giant lizard. The other characters are boring and paper-thin. Sally Hawkins is barely seen (what a waste) and Dance’s Jonah is too similar to the baddies in the recent Jurassic World films.

O’Shea Jackson Jr.’s comedic talents remain untapped, but the unintentionally hilarious dialogue does its best to compensate. Both Ken Watanabe and Bradley Whitford compete for the film’s worst lines. At one point, Whitford’s character is rooting for Godzilla and says embarrassingly: ‘C’mon, big guy!’ He also excitedly announces that Godzilla is rejuvenated by lizard juice! In a different scene, Watanabe’s Dr. Ishiro Serizawa gives a motivational speech that he says he took from a fortune cookie. Even when the film tries to be funny it is awkward and forced. 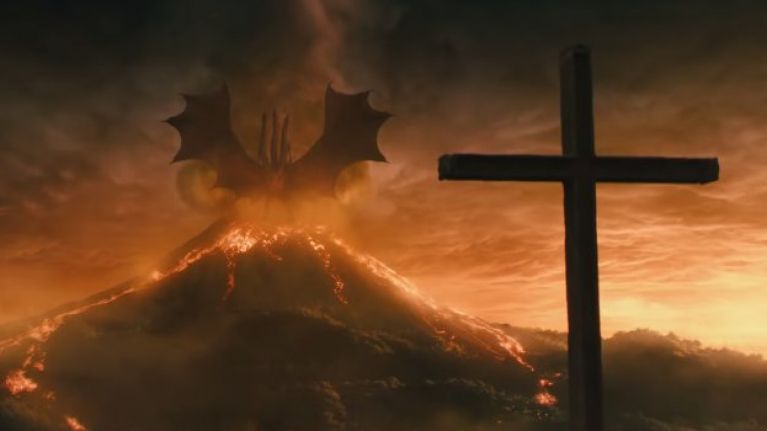 Despite a new director and a richer cast than the original, King of Monsters is only interested in presenting dull special effects sequences. The director has no feel for pacing or building the tension and the screenplay is terribly written. There is nothing interesting about the characters and the actors are saddled with lousy dialogue that diminishes their performances. This series would benefit from fewer but more relatable characters the next time Godzilla is on the rampage. Yet these features are dialed up to one emotional register and are unlikely to change. This is not a film but a loud, dumb tech demo that only exists to house images haphazardly sketched on a computer.

Summary: This is not a film but a loud, dumb tech demo that only exists to house images haphazardly sketched on a computer.