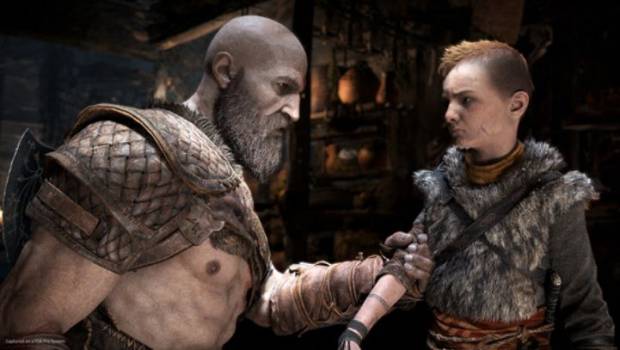 God of War Out Now On PS4

Today marks the launch of the highly anticipated PlayStation 4 exclusive, God of War.
Set in the rich world of Norse mythology, Kratos returns to this iconic series embracing his new role as mentor and protector to his son Atreus. The pair encounters ferocious monsters and warriors together in a harsh and unforgiving world, as Atreus learns more about his father’s complicated and vengeful past.  This stunning reimagining of God of War combines all the hallmarks of the iconic series, bringing fans epic and breathtaking combat fused with a powerful and moving narrative. Watch the God of War gameplay trailer here.
To celebrate the arrival of God of War, PlayStation Australia has teamed up with the renowned blacksmith school at Eveleigh Works, to offer consumers a very unique God of War inspired axe-making masterclass.  In the new God of War story, the powerful magic Leviathan Axe used by Kratos is a brutal weapon as well as a versatile tool for exploration. Fans will be able to cast an ornamental replica of Kratos’ Leviathan Axe starting from 26th April. Watch the workshop teaser here.
Please see below for all details:
For more information on God of War, visit www.PlayStation.com.au. Exclusive to PlayStation 4, God of War is out today in select Australian retailers and on PlayStation Store.