Cory Barlog, God of War Creative Director at Santa Monica Studios and Rob Davis, Lead Level Designer were in Sydney yesterday to promote the highly anticipated God of War game (PS4 exclusive), which will launch on April 20th. Playstation Australia joined forces with the celebrated blacksmith school at the historic Eveleigh Locomotive Workshops to offer a truly unique God of War game lauch, where guests were able to forge their very own replica of Kratos’ Leviathan axe.

During my visit yesterday, I was fortunate enough to have a quick chat to Cory and Rob about the new game, where we discussed the reinvention of Kratos, the exploration of storytelling and mythology and what fans and those new to the gaming franchise can expect. Seated in the impressive Eveleigh Workshop, I looked around and thought that the setting couldn’t have been more fitting, with the hum of blacksmithing all around us.

IG: So, would you say that this new God of War game is a good stepping on point for those who haven’t played any of the previous ones before?

Cory: Yeah, I mean I intentionally, much to the dismay of some people on the internet, wanted to call it God of War, not God of War 4 or 5, mainly because I didn’t want people to feel like they had to go back and play it if they haven’t before. This is an on-ramp to those people. If you’ve played them you’re going to have a lot of cool inside information where you’ll know why Kratos does certain things, allowing you to make a connection, but if you have never played it, everything you need is there in the moment, allowing you to take it at face value. 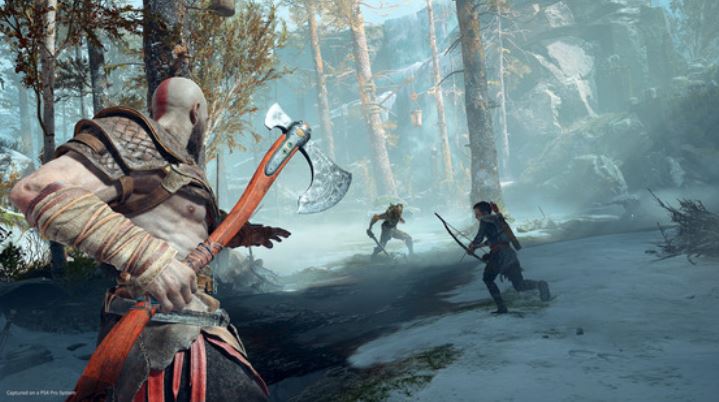 IG: Right, so people won’t be missing out on any important lore at all?

Cory: No, you don’t have to know anything, not even about Norse mythology. Unlike Marvel who have their version of the myth of Thor, we have used the actual Edda’s as the inspiration and launching-off point for characters as well as the state of the world. We’ve done great pains in previous games, and this game as well to fit Kratos and Atreus into this mythology to make it feel natural, and instead of reading a story about Norse mythology, you’re actually existing in the moment of where it has happened.

IG: Would you call this a soft reboot?

Cory: Umm, yeah you could call it that. It’s definitely something that I didn’t want to be a full reboot concept, like going back to tell the origin story and abandon all the history of this character. It’s much more of this idea that; what would happen if many years passed and he decided that he did want to change? He is approaching the world differently. He is still flawed and he is still wrestling with his rage, but he is making earnest steps of trying to change.

Rob: Another thing, I know that you and the design director were talking about working out how to teach new players what mode to play. On the front menu you will see it say, give me a story, give me a balanced experience, give me a challenge, give me God of War. That’s super deliberate, as the previous God of War games were easy, medium and hard. This time around there are less presumptions about who is coming in to play God of War, so we are trying to give you clearer options on how you want to play. The game is less judgy. When we went to play test it this time, I was really happy to see people who were into exploring were way more happy to go down the lore path and learn. Whilst of course, the action and adventure player is more about the mechanis. Our ability to create bigger worlds with more options to get more variations in the types of players, for me has been very rewarding. 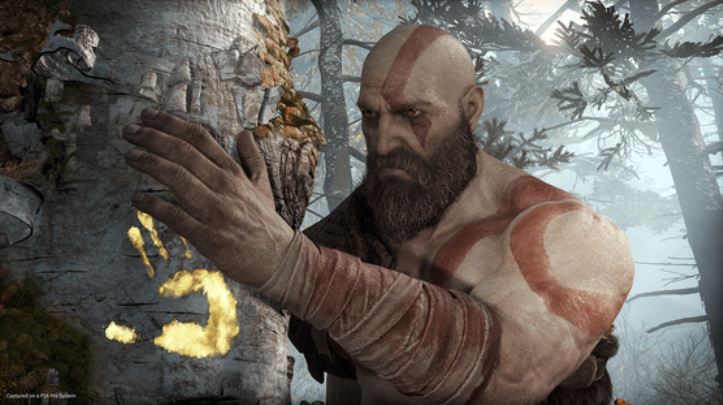 Cory: God of War has always had this mixture. This action adventure element, puzzle solving and combat all in one sort of package, which is very cinematic. I wanted to make sure that we would never loose that. The adventure, as that’s what attracted me so much to the fantasy films of the 80’s when I was growing up. A totally realised, fantastic world with these characters who are alien but relatable in time, and it feels like you have truly gone on a journey. For me, the success of this game is when you reach the end, you cannot possibly believe the journey and how far you’ve travelled. So much of this takes complete hold of you and takes you on a journey.

IG: So, does it have an RPG element?

Cory: Totally. The things that are exciting to us are influenced what we were playing at the time. In this version, we wanted to open and engage the players, as players in general want more. They want to dig in, they want to really absorb more information and feel like they have creative expression inside of this world. RPG elements allow you to change the character, bend them to your will. It allows you to feel like your personality is expressed. In previous games we wouldn’t allow you to change the look of Kratos, it was very fixed, as we were very controlling. I am very controlling. But in this one, I had to relieve a little bit of that control, because as a player, I also want that control. I realised that I want to give them more of that control. Let’s give them that because it’s fun. That’s the great things about video games. 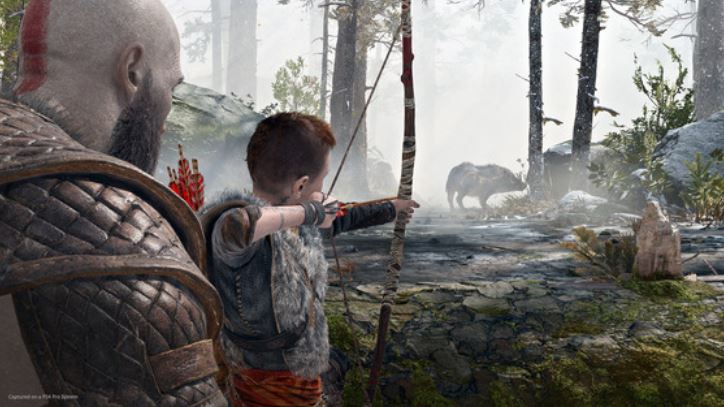 IG: With the previous games we saw a lot of quick time events. Are we going to see more of that, or can we expect something different?

Rob: When we go to do setups in this game, it’s really more about the marriage of exploration, combat and storytelling. In the past the quick time events were like blockbuster moments, there are still those blockbuster moments but it’s different now. There is a single-cut camera throughout the game and one of the core philosophies with this game was getting you from combat, to throwable axe, to big engaging moments and back into game play, whilst keeping everything feeling like it flowed. I think in the end quick time events felt a little bit old, as it was more about the finely tuned pacing.

Cory: To me quick time events have had their days in the sun and I think that we kind of beat that horse to death.

Rob: Yeah, we wanted to focus on things that were a bit more fresh and unique, again creating more variety.

Cory: Yeah, we looked at the problem and kind of said, how can we modernise it? I think in this one we looked at what did quick time events get us? They got us close to the action in a spectacular way but still maintained a set-in activities, so I looked at that and talked to a bunch of people on the team and we asked how can we make this interactive? There are contextualised actions within the game, allowing players to be more connected with the combat.

IG: There has been an interesting shift from Greek mythology to Norse mythology. What was the reason for this dramatic change?

Cory: I feel like we had exhausted Greek mythology so much. If you look at Ascension and the first boss is Hecatonchires, which is extremely deep cut Greek mythology, as it isn’t a very well-known god, so we’re kind of looking at that and you’re realising that it’s had it’s time. It also represents who he was and how he was raised and he moves on to the second phase of his life. It’s like Kratos is moving forward. I see all mythologies as creation stories of different cultures throughout the world. All of them exist from the beginning of time until now, they are just separated by geography. The Mayan creation story is happening at the same time as the Greek creation story, and all these mythologies exist on one planet together. You can put this person who was raised a certain way into a vastly strange and different world. The Scandinavian sense of humour is wonderful. My favourite part of Norse mythology is that dry, slightly dark, a little bit twisted sense of humour, infused with these stories that are so different from the Greeks. 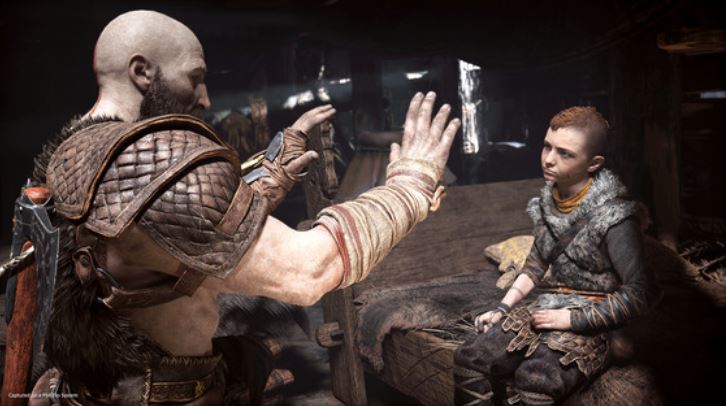 IG: One final question before you go. How does Atreus factor into the game, and do you get to play as him at all?

Rob: They are kind of like a combo unit together. One of the buttons on the controller, which we have called “the son button”, is the coolest thing, as I can’t honestly think of a game that has done this before. So, Atreus has arrows, whilst Kratos has an axe, and you can start a combo and then you can follow up with the son’s arrows. All through the game you have got this buddy with you who you can basically stream things together with him, like if you have enemies running towards you, spam the son button and he’ll pop a few arrows for you, whilst Kratos can run in and launch guys up in the air, whilst his son can fire more arrows into them. That was kind of the genesis of Atreus, as he had to offer things that Kratos couldn’t do. So, then we took that a lot further towards puzzle solving and storytelling and all these things that Atreus knows about, like Norse mythology, so he can inform Kratos. They are both good but they are good at different things. Kratos is kind of the strong man, whilst Atreus is the smarts. 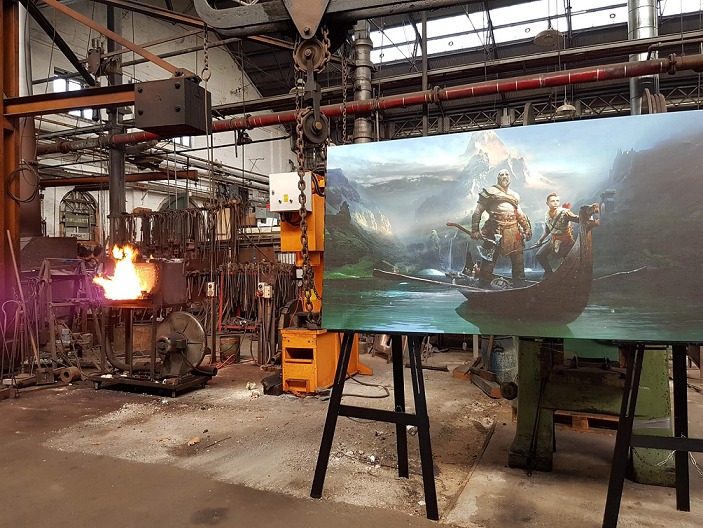 Exclusive to PlayStation  4, God of War will launch on 20th April, 2018, in  select Australian retailers and on PlayStation Store.