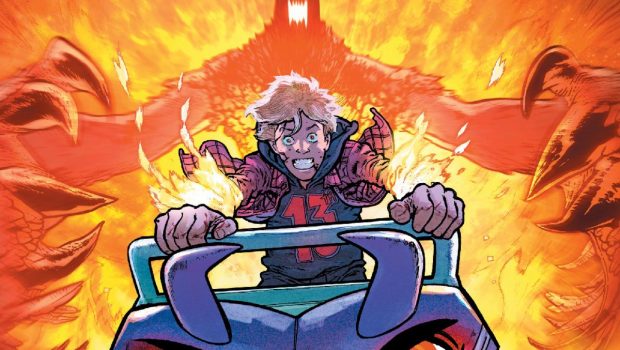 Devil Land has been the world’s premiere horror-themed amusement park for over 50 years, home to the scariest ride ever created – The Devil’s Due. But when lifelong fan Owen Seasons begins his first day on the job, he will discover the true horrors happening behind the scenes, the truth about the park’s reclusive creator Arthur Dante and that the job of his dreams might just be a living nightmare.

“Two of my biggest obsessions have always been HORROR…and AMUSEMENT PARKS. So, I had to find a way to combine them into something new. It’s a dream book I’ve been working on for a LONG time and it’s been awesome to finally pull it together with Andrei and the whole Birthright team!” said Joshua Williamson. “It’s great to get back to horror after Nailbiter ended, and here we dive into some new themes with horror: What is scary in today’s world? How can you create something scary when every day we’re living in a horror show? Those are the themes I wanted to explore with DARK RIDE. Amusement Parks are meant to be a place of FUN…but here we really bring the HORROR.”

“It’s safe to say that we’re heading home! I’m really happy to be reunited with the rest of the Birthright clan once again! Hell! We usually tell people we are a team, but in fact, we are a living, breathing creature! And a hungry one too! At first you had us brandishing swords…but now, this time around…well…horror, right?” said Bressan. “I remember reading something that says ‘In horror, the surface always lies. Nothing is what it seems to be.’ So, take this and mix it up with an amusement park. You think you’re playing and having fun, but you’re actually flirting with Death. And here, Death blinks back at you!”

“Joshua and Andrei created one of the iconic modern series in Birthright and when they approached us about Dark Ride, it was clear that lightning struck a second time,” said Amanda LaFranco, Editor, Skybound Entertainment. “This is everything you love about Joshua and Andrei turned up to eleven, with a thrilling new approach to horror comics that you’ll love whether you’re a die-hard fan of the genre or not.”

The world of Dark Ride makes its first comic book appearance in Skybound X #25, available in comic shops and at digital providers on July 20, 2022. 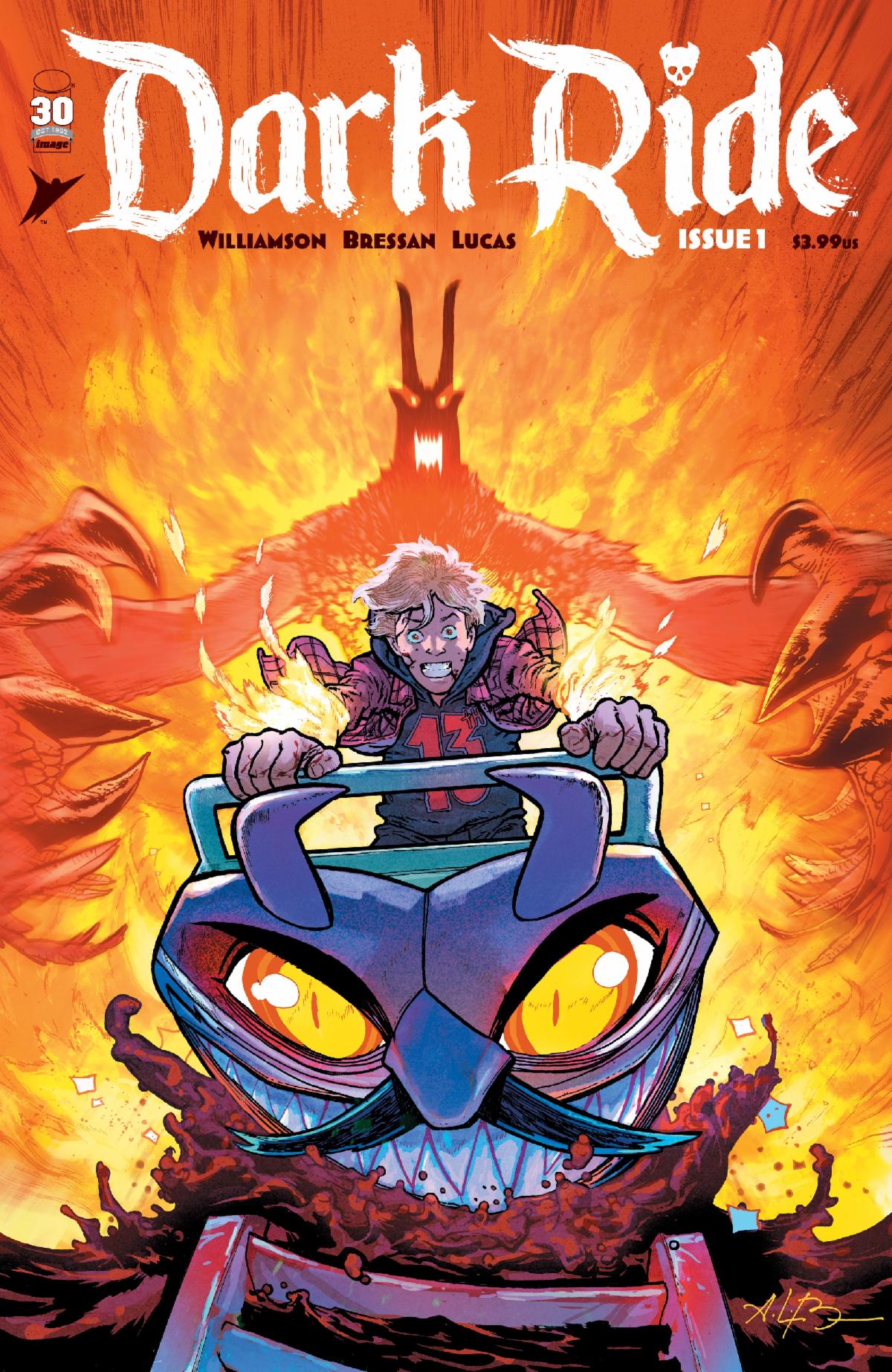