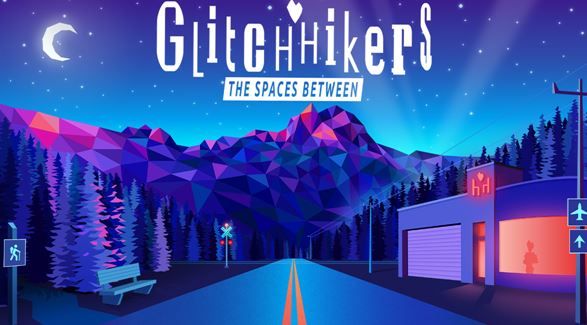 Indie publisher Fellow Traveller and developer Silverstring Media have announced Glitchhikers: The Spaces Between will be releasing on Steam, Humble, GOG.COM, and Epic on March 31, 2022. More platform details to follow.

The non-linear narrative game Glitchhikers: The Spaces Between encourages a deep dive into our own self-awareness with four different journeys that reflect everyday beauty through surreal landscapes, thought-provoking discussions with strangers, and the meaningful revelations to be found in our own lives.

The first major title from the queer-led studio expands on their acclaimed experimental 2014 game, Glitchhikers, and takes players on a journey through the moments of life we often overlook set to a synth-filled soundtrack

Funded by the Canada Media Fund, Creative BC, and Treasure Hunters Fan Club, Glitchhikers: The Spaces Between shows how virtual spaces connect with players beyond the game, and is a proud and crucial reflection of diversity within the game development scene.

To stay tuned with game updates and announcements as they go live, please visit the Silverstring Media website or check out the Glitchhikers: The Spaces Between Steam page and wishlist it now.