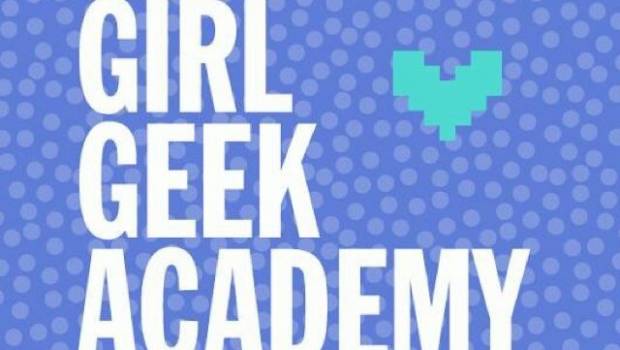 The workshops will be rolled out in January and March 2019 across Melbourne’s East to support mums, daughters, aunts, nieces, grandparents, neighbours, and more groups of women and girls to learn coding together. Every young person will bring along a parent or guardian and Girl Geek Academy will be delivering the successful #MissMakesCode program model, which is specifically aimed at engaging young girls aged 5-8 into STEM.

Girl Geek Academy co-founder and CEO, Sarah Moran said: “Currently there is a lack of a STEM-based program that educates both women and girls in the same classroom, and we know the exponential value of working to build intergenerational STEM knowledge. By bringing women and girls together into one workshop, we are able to create something more vital and long-lasting — an instant role model within their immediate family.

“By upskilling the women parents and guardians, the girls have a role model in their household who shows confidence and interest in technology, and can work with them on coding games and STEM schoolwork. It could also be an opportunity for the women to explore a new career path option if they wish to cross-skill into this in-demand profession.”

The sessions will focus not only on technical coding skills, but also contain content and discussions around gender equality and cyber safety. Studies show that gender equality is a precondition for the prevention of family violence and other forms of violence against women and girls.

“It’s a privilege to partner with Women’s Health East on this initiative. Studies have shown societies with more gender equality have decreased rates of family violence, because it creates a society based on respect. Gender equality affects everyone, men and women, and should be a priority both in the workplace and in the home,” said Ms Moran.

“Women are underrepresented in STEM-related fields. This is not because of a lack of talent, rather women and girls experience a range of gendered barriers to getting involved in STEM. Some of these begin early where girls are not encouraged to develop analytical and spatial skills through play. #MissMakesCode is a fun way to begin to bridge this divide for young girls in the EMR,” said Jayde McBurnie,Together For Equality & Respect Manager.

Through this initiative, both Girl Geek Academy and Women’s Health East hope to address the issue of gender inequality in STEM subjects, which is a leading cause of workplace inequality as there are simply not enough women with the skills to work in technology and STEM careers.

Ms Moran continued: “Our long-term aim is to explore whether this important behaviour modelling will result in influencing more girls to continue with STEM education, which we will do with ongoing evaluation at regular intervals after the workshop.”

These workshops are supported by the Victorian Government as part of Free From Violence – Victoria’s strategy to prevent family violence and all forms of violence against women. The initiative’s goal of creating a safe and equal society for all Victorians is championed by Girl Geek Academy, whose focus is on addressing a broad range of technology gender equality issues.