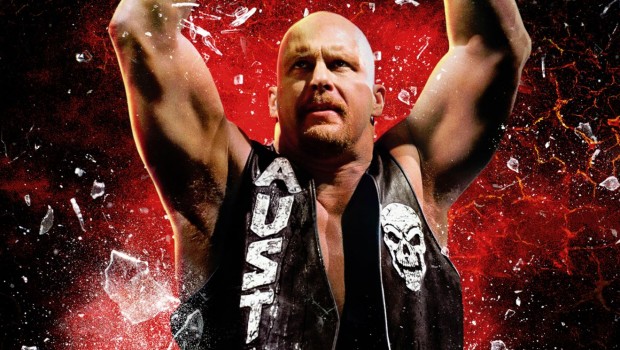 Sydney, Australia – July 6, 2015 – 2K today announced WWE Hall of Famer Stone Cold Steve Austin® as the cover Superstar for WWE® 2K16, the forthcoming release in the flagship WWE franchise. After setting the WWE Universe on fire during one of WWE’s most celebrated time periods – the “Attitude Era” – to his wealth of television, film and podcasting accomplishments, Austin has amassed worldwide admiration through his unequivocal presence both in and out of the WWE ring. WWE 2K16 is currently in development for Xbox One and Xbox 360, as well as the PlayStation®4 and PlayStation®3 computer entertainment systems. The game is scheduled for release on October 29, 2015 in Australia and New Zealand. 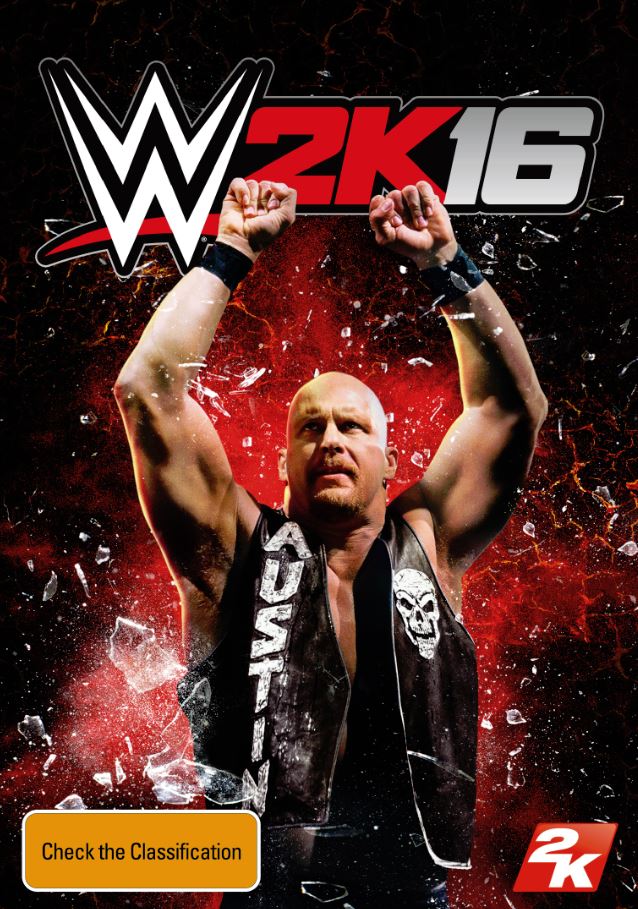 “I’ve had the privilege of working with 2K to support the WWE 2K franchise, and now I’m absolutely honored to serve as the WWE 2K16 cover Superstar,” said Stone Cold Steve Austin. “No disrespect to the previous and extremely deserving WWE 2K cover Superstars – Dwayne ‘The Rock®’ Johnson and John Cena® – but it’s about time the franchise raised some hell with yours truly on the cover. I look forward to injecting a dose of ‘Texas Rattlesnake’ into this year’s game and overall campaign.”

Austin is regarded by many as one of the most popular WWE Superstars to ever enter a WWE ring, holding 21 championships throughout his career and being inducted into the WWE Hall of Fame in 2009. His relentless work ethic has also made him a significant mainstream fixture and pop-culture icon as an actor, producer and host in television, film and podcasting. Austin hosted the return of WWE’s reality competition series Tough Enough on USA Network in 2011, and since 2012 has hosted four seasons of Redneck Island on CMT. He also serves as the host of Steve Austin’s Broken Skull Challenge, which is currently in production for its third season on CMT. His film credits include appearances in several feature films, including The Longest Yard, The Condemned and The Expendables, while his no-holds-barred weekly podcast, The Steve Austin Show, regularly appears on the Top Podcasts list within the Sports & Recreation category on iTunes. He also hosts the Stone Cold Podcast, Live!, a monthly interview series on the award-winning WWE Network, where he has interviewed several special guests including Vince McMahon, Triple H and Paul Heyman. In addition, Austin is a brand ambassador for Kawasaki Motors Corp., USA.

“Stone Cold Steve Austin’s iconic style, unmistakable personality and worldwide reverence from the WWE Universe make him the ideal fit for WWE 2K16,” said Chris Snyder, Vice President of Marketing at 2K. “Not only will Austin grace the video game’s cover, but he’s involved in shaping its creative direction. Through his numerous contributions, inclusion on the largest roster in franchise history and the game’s to-be-announced features, WWE 2K16 is certain to put everyone on notice.”