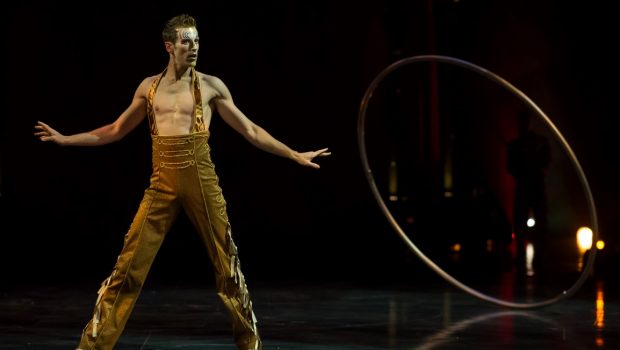 Before the opening of Kooza in Melbourne, Impulse Gamer catches up with the extraordinary Ghislain Ramage, an amazing circus performer in Cirque du Soleil.  Ghislain plays one of the amusing clowns from Kooza, including other backup acts should another circus entertainer be unable to perform. 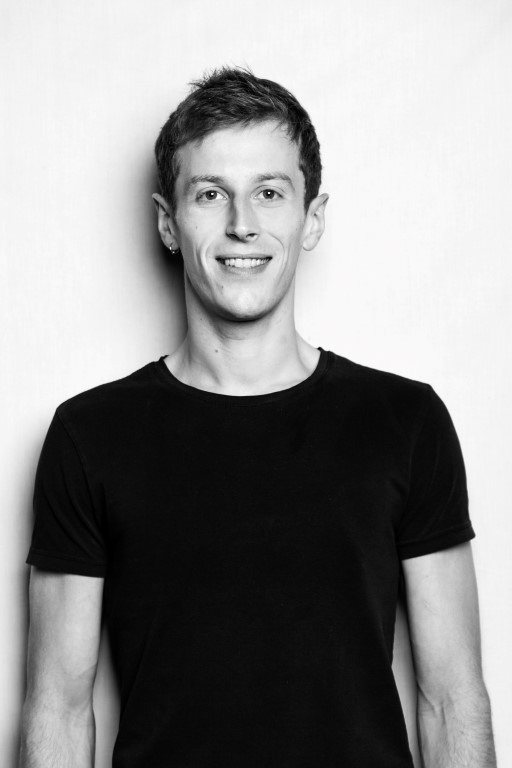 So Ghislain, is this your first time in Melbourne Australia?

I’ve been to Melbourne three times actually and it’s always at the same time in the year which is in February. It’s always for two of three days maximum and I’m looking forward to staying longer because I really enjoy the vibe I get from this city. I’m really looking forward to exploring and living here because so many people have been talking about it. They say it’s the nicest city in Australia which I can agree with because each time I’m here, I feel that it’s my kind of city. 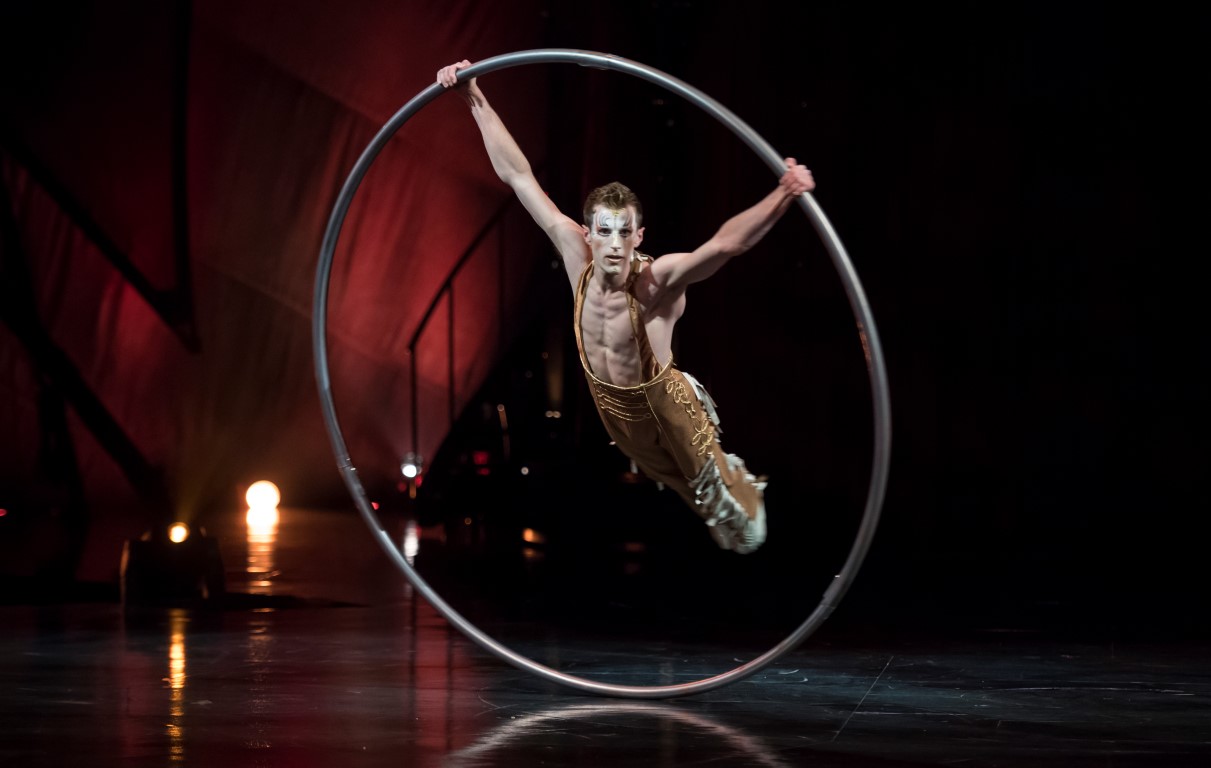 Seeing how you’ve toured around the world, do you have any places that are your favourite or something that gravitates to you?

That’s a tough question and I’ve been to a lot of places with the show, including in-between cities where I would go somewhere else. However as to your question, I enjoy my travelling and enjoy where I am in the world, so it’s hard to say I have a favourite place. I did live in Vegas for seven months and I never thought that I would enjoy that place but there was so much to do and so many national parks around and many beautiful things. If I didn’t go, I would never have experienced all that.

I also enjoy New York because I love the city so much and although I’m a city guy, I also like to climb mountains and visit national parks. Another place I really enjoyed was Chile where was I was a couple of months ago Santiago and this was the door to Patagonia and it was really amazing because there’s so much to see like Australia. Every place I go has amazing places and it’s a blessing to be able to travel there with Cirque du Soleil. I can’t say that one is better than the other. 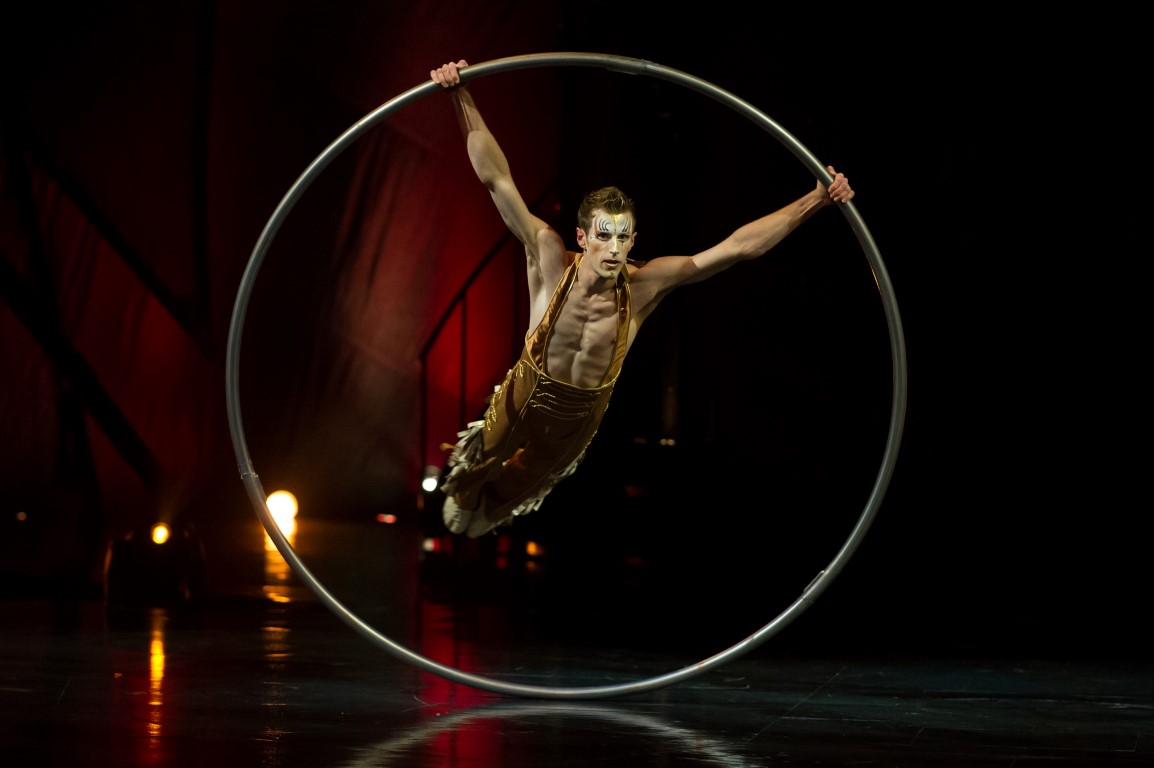 When did you start working with Cirque du Soleil?

I started working with the company about 6-years ago doing the creation of a show called Zarkana in Montreal which is the home of Cirque du Soleil and I toured with them for two and half years. So over the past six years, I’ve been changing shows quite a bit <laugh> as I don’t stay on one show for the whole time.

Did you think that ten years ago you’d be travelling the world with Cirque du Soleil?

No! <laugh> I first got into the circus when I was six years old and the first DVD that I watched over and over again with my parents was Quidam from Cirque du Soleil and I was a big fan when I was a kid. I was listening to the music all the time but I never thought that one day I would be part of the company and doing the same act that I was dreaming of when I was a kid. Ten years ago I was in the Superior School of Circus and I was getting ready to start in the world of circus. At that time I wanted to be a professional circus artist but I didn’t know I would reach Cirque du Soleil so early in my career and this was such a huge opportunity for me which was a dream come to true. So yeah I thought I’d be in the circus network but not Cirque du Soleil. <laugh>

Tell us Ghislain, what does Kooza mean to you?

Kooza to me and a lot of people is that it’s a very joyful show and is inspired from traditional circus with all its elements like playing with the fear and danger such as the wheel of death where someone is jumping in the air which is 7 metres high or walking on the hire wire. It’s the essence of what the circus is and it’s very joyful because of the clowning. So it’s a mix of traditional circus and modern Cirque du Soleil with its taste and artistry. 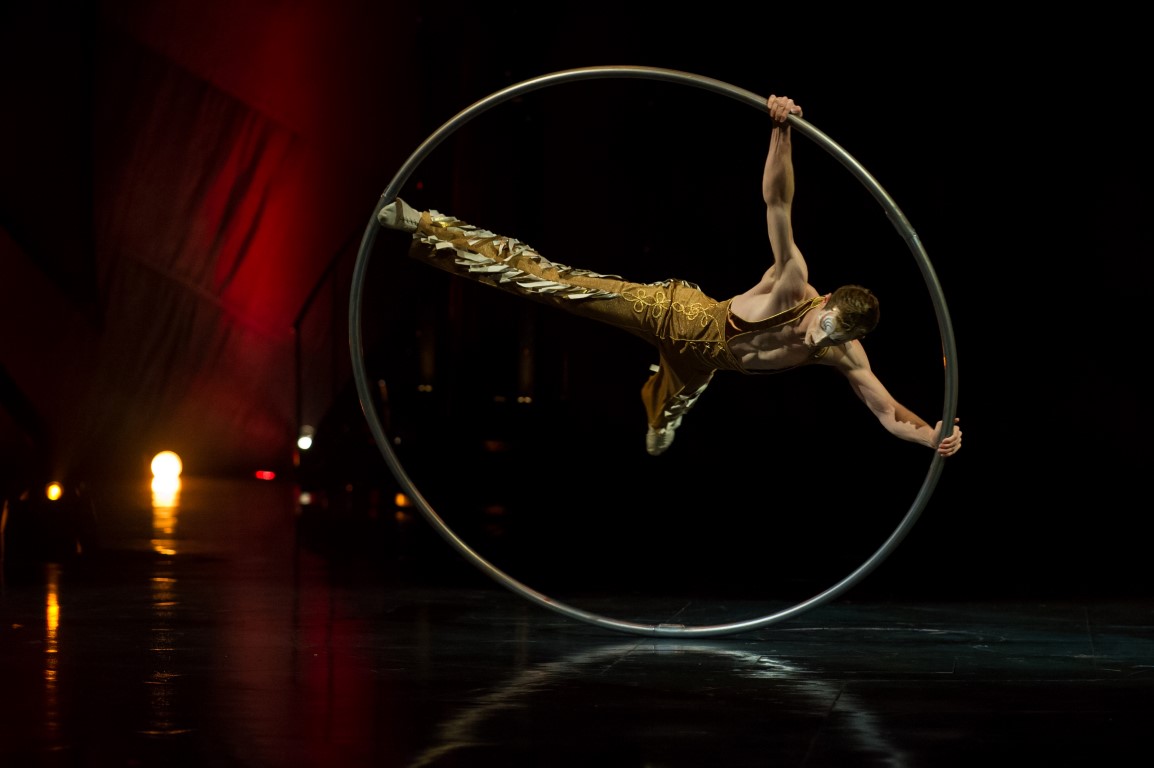 Can you tell us a little about your character in Kooza?

At the moment, my position in the show is a backup act and my main speciality is that I’m an acrobat and one of my specialities is the Cyr wheel. I do my act twice a week to keep it fresh and be able to replace an act if an act goes out. However at the moment, I’m the backup for one of the main clowns which is really fun and it gives me variety which I enjoy.

So when were you approached to be on Kooza when did the training commence?

I spent about three weeks in Montreal to create the backup act that I am doing which was practicing every day and matching the acrobatics with the music. It also includes working on the costume content and learning how to do the makeup for my characters. Then I joined the tour and kept training and learning all the other queues in the show and have more costume fittings because I do an acrobatic act as well which involves different costumes and choreography. However before all this, you first learn on the video and then you move onto to the stage to learn with the others. There’s quite a lot of rehearsal before you get to actually be in the show and be in front of the audience in order to make sure you’re ready. 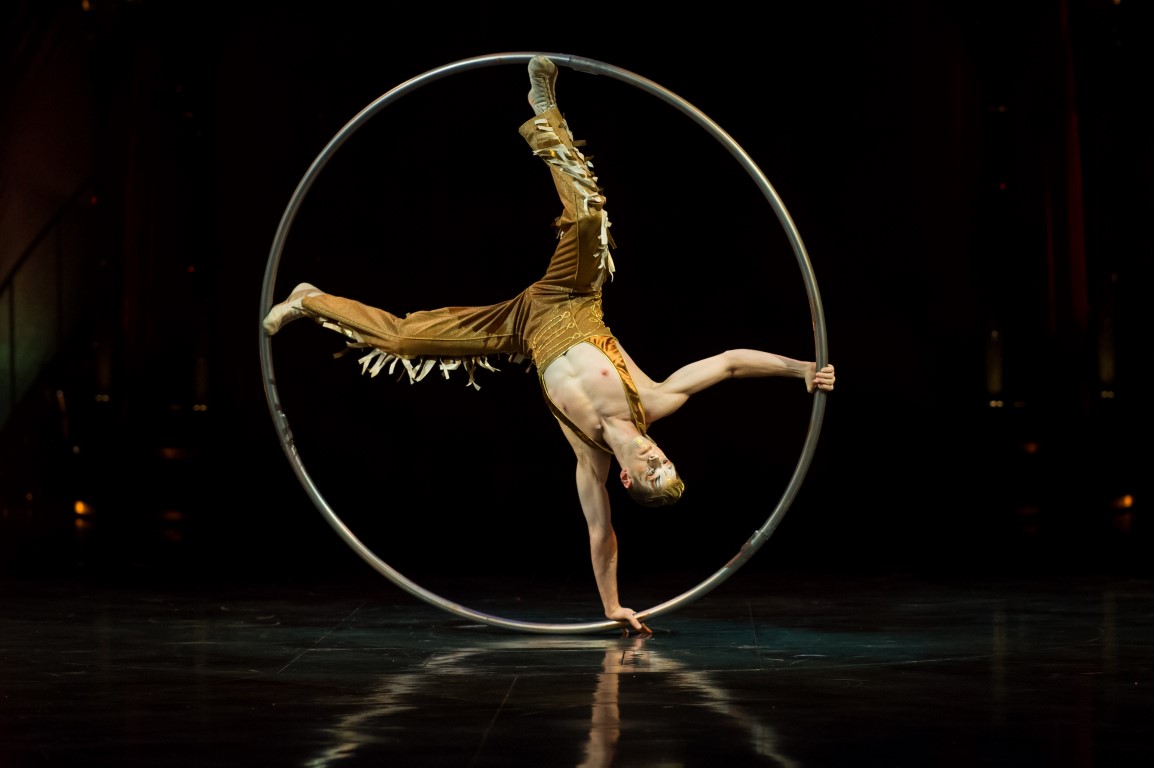 Do you have a personal favourite act in Kooza?

They’re all pretty amazing but I think everybody likes the wheel of death because it’s very very impressive, especially in a tent because it creates a fear when the guys are jumping and you have to hold onto your teeth because it’s very amazing. The first time I saw that live was about seven years ago and I was used to seeing circus but seeing those guys jumping from so high and taking so much risk and with the music, it was all so exciting and I wanted to start jumping on my feet. <laugh> During that act I’m also on stage as well and doing another character which is a skeleton character and although I’m watching the act, my favourite thing is to watch the faces of the people sitting in the audience as they’re watching the act because they’re scared, amazed and their jaws drop which is priceless. <laugh>

Before each show what’s your warm-up routine?

We got to keep in shape at all time and for me, it’s actually kind of tricky because I have to stay in shape for both my acrobatic acts which I’m not doing at the moment because of my clowning. So it’s another type of workout as clowning involves a lot of running and I use different parts of my body when I’m doing my acrobatic act. So I’m doing some cardio and other exercises to allow me to jump into an acrobatic act if I need too. I have to stretch and usually I do an hour or an hour and a half which I use as a warm-up for the show. But yeah, it depends because when we have ten shows a week it’s all so hard and you have to find a balance so you keep enough energy to do the show with 100% energy. 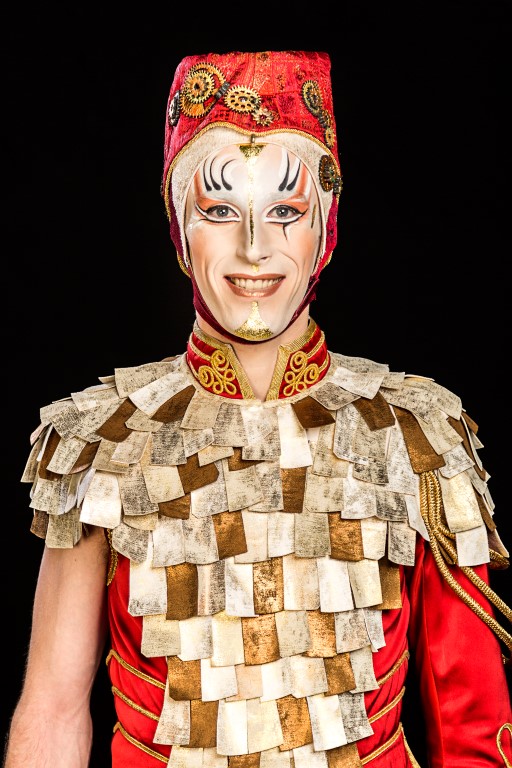 Cirque du Soleil is also about the costumes and the makeup, could you tell us what the process is for you?

It’s a lot of work and I have a weird position in my show because I do so many things as I have to do four different types of makeup. Some are easier than others but my regular makeup that I do for my acrobatic act takes about an hour and a half a day. The clown makeup takes me around 45-minutes so it’s every day. Putting the costume on is quite easy but sometimes in the show I have a dresser who helps put the costume on or changing costumes because it has to be done very quick.

So I go off stage and someone will be waiting there with a flash light and helping me put my new costume on and then I go back on stage. The makeup part is very important and although it takes time, I actually enjoy that moment in the day because you can just sit and put some music in your ears and think about something else and just do your makeup and be ready to get into your character. It’s not a hassle and people say “Oh wow, you’re doing an hour and half every day and that must be annoying” but I don’t mind it and sometimes you can do it faster but I enjoy the time for myself as I’ve always enjoyed drawing and painting.

About Ghislain Ramage: Ghislain was born in France and started his career in circus at the age of six by attending his first circus school. The fifteen years spent in that school were decisive. From juggling to jumping, from working in a group to his first steps on stage, he decided to make circus his life. Five years of professional formation, two years in preparation schools and three years in the Superior school of Circus (ESAC) in Brussels where he learned his main apparatus: the Cyr wheel. Very quickly, he was approached by Cirque du Soleil to be a part of their new creation ZARKANA. In the six years since he started with Cirque du Soleil, he had the chance to perform on three of their productions, including QUIDAM and KOOZA, touring around the world. From the famous Radio City Music Hall in New York City to the prestigious Kremlin Palace in Moscow, Ghislain is realizing his dreams of travelling and performing around the planet.