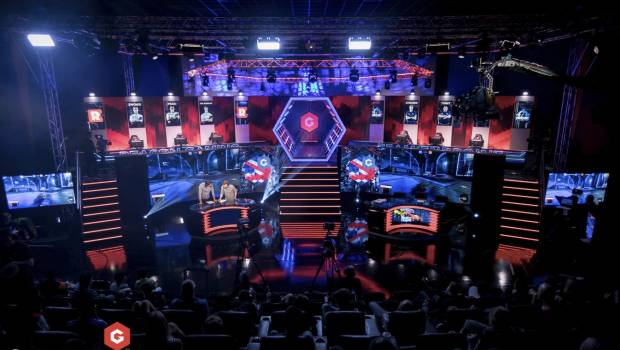 HT&E Events and Gfinity Esports Australia are delighted to announce Alienware, a subsidiary of Dell, as the Presenting Partner for Australia’s inaugural 2018 Gfinity Elite Series. The new esports tournament will launch in March 2018.

Esports is one of the fastest growing forms of sports and entertainment globally, with Gfinity Australia entering the market as the new benchmark of quality. This investment represents one of the largest commercial partnerships in Australian esports history.

Alienware is doubling as the official hardware partner in the PC hardware category, providing them with significant visibility and engagement across Gfinity Australia’s events and broadcast platforms.

Commenting on the announcement, Dominic Remond, incoming CEO of Gfinity Australia, said “We are delighted to welcome Alienware on board as our presenting partner sponsor for the inaugural Gfinity Elite Series. As passionate supporters of the gaming community, their brand and products are a perfect fit for our ambition to create Australia’s first city-based professional esports league.

“Esports is a highly sought-after space, and this partnership is a demonstration of the great commercial potential brands can see in Gfinity Australia’s Elite Series. We’re thrilled that Alienware has jumped at the opportunity to help bring a new wave of esports into Australia. It will enable them to further connect with a valuable, tech-savvy, younger audience,” Remond said.

Ben Jackson, Dell ANZ General Manager for Consumer and Small Business, said, “The Alienware brand is synonymous with high-performance gaming globally and we’re thrilled to be the Presenting Partner of the Gfinity Elite Series for 2018.  Alienware has long recognised the importance of esports for the Australian gaming community and as the gaming scene has continued to thrive, we have been looking for the right partner to help bring esports to the forefront here. We want to elevate and further legitimise the sport and see how far we can take it in Australia to bring it on par with other world leading esports communities. Alienware is committed to delivering the best hardware for gamers of all levels so that they have the most immersive gaming experience possible. It is a great way for us to build on our community as this exciting new league launches in Australia.”

The Gfinity Elite Series presented by Alienware kicked off with the first Challenger Series on 7 January, which will be followed by the Elite Series.

Gfinity Australia is bringing a uniquely structured competition designed to elevate Australian esports to the next level, with gamers competing across Counter Strike: Global Offensive, Rocket League and Street Fighter V. The tournament is offering some of the biggest prize pools in the history of Australian esports, with $450,000 on the line in its first year in the Elite Series alone.

For more information or to register for the Challenger Series, visit https://challenger.gfinityesports.com.au.