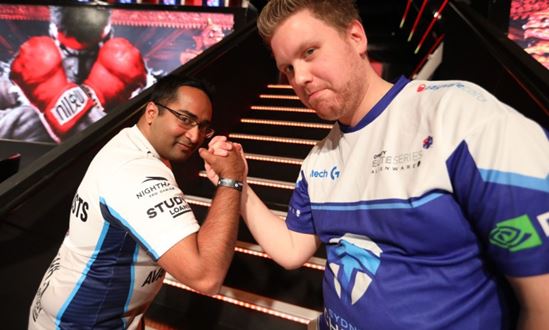 Sydney, Australia – 28 June, 2018 – In its debut season, the Gfinity Elite Series Australia, presented by Alienware, accumulated more than seven million minutes of content watched in the first four weeks of regular season. The first national esports competition, complete with custom broadcast arena, endemic and non endemic sponsors, and city-based clubs, Gfinity Esports Australia was touted as ‘the Big Bash League of Esports’. Boasting the debut of female and male mixed teams, the first city-based league in Australia, and broadcast of Rocket League on national television, at its mid point, Gfinity Esports Australia are hailing the debut season a success, and a win for esports in the region.

“We promised an elite level of play, and a national competition featuring great games. At the mid point in the first season, we’re thrilled with the product, and fans are loving it” said Dominic Remond, Gfinity Esports Australia’s CEO. “Our audience, which totals in the tens of thousands each week, is clearly impressed with the level of talent shown from the six clubs”.

Brisbane Deceptors became the first club to field a mixed player squad, featuring two female players on their roster. Connie ‘Konii’ Ko and Jessica ‘Artemis’ Majrouh, Counter Strike: Global Offensive players, took to the stage, battling against some of Australia’s best players from Sydney Chiefs and Melbourne Order. “Providing opportunities for players, and growing diversity within the league was a major goal for Gfinity. In Konii and Artemis, we have two outstanding players, and the first example of mixed teams in a national sporting competition within Australia”, said Dominic Remond.

Gfinity Elite Series Australia has proven a hit with fans; the city-based format has leveraged existing rivalries and three big games to push channel views on Twitch past 2 million¹ and cumulative reach on ONE over 950,000² during the first four weeks of competition broadcast.

“At the midpoint of competition, we had a top four separated by only a single victory, and big personalities driving interest on social media. Experiences within cricket and the Big Bash League demonstrate that Australian fans love to get behind key players, whether they are playing for or against their team. Live sports now also means esports, available on your phone, console, PC, and TV. We’re proud to be part of the next wave of national sporting product in Australia”, added Dominic Remond.

With one week of regular season competition remaining followed by two weeks of finals, the table is set for Gfinity Elite Series Australia to deliver on a promise to fans; giving viewers a fantastic conclusion to the first national esports competition in the region.

Positioned as the ‘Big Bash League’ of Australian esports, Gfinity Esports Australia brings together six city-based clubs for the Gfinity Elite Series Australia, competing in front of fans and broadcast live from the state of the art Gfinity Hoyts Esports Arena in Sydney. Players include Australia’s best professional talent, joined by the next generation of superstars rising from the Challenger Series, who were drafted into each of the clubs.

All the action is streamed live on twitch.tv/GfinityAU, with video on demand available to catch up on the action. A reminder, Rocket League is broadcast every week on ONE from 10AM-1PM AEST Sundays.