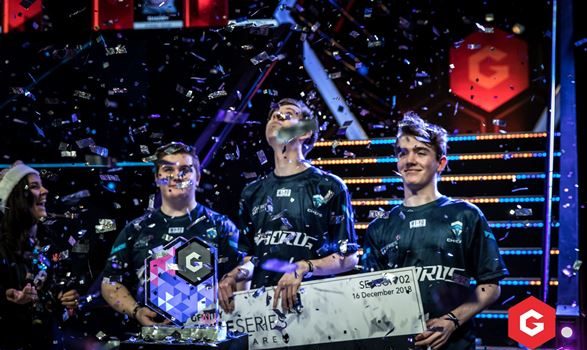 19 December, 2018 – The Gfinity Elite Series Australia, presented by Alienware, hosted its Season 2 finals this past weekend, wrapping up a hugely successful launch year. The Melbourne versus Sydney debate was put to rest with Melbourne ORDER winning two out of the three titles to earn Melbourne the title of esports capital of Australia. With that debate settled, fans and players have their eyes on Season 3 and the future of esports in Australia. Registrations for the Gfinity Challenger Series are now open and the next generation of challengers can sign up at https://challenger.gfinityesports.com.au/.

In early 2019 the next Challenger Series will kick off, giving budding players the chance to prove their skills in regular competition, earning prizes and coveted spots in the 2019 Elite Series draft. This pathway has proved successful across 2018, with players drafted into winning clubs Melbourne ORDER and Sydney Chiefs being relied upon for the path to finals. The experience offered to draftees to play and train with some of ANZ’s best is one rarely seen in the region and it continues to open up esports to broader audiences.

“Every year more people are interested in esports, with more players and viewers than ever tuning in on their platform of choice,” said Dominic Remond. During 2018 the Elite Series Australia expanded its broadcast across five online platforms, and free to air television with 10Peach, a result of the changing ways people consume esports content. Most recently Mixer was added to the pool of online broadcast, seeing positive viewership through the semi-finals and grand finals. Giving the league and its players more exposure is proving very successful attracting fans and keeping them interested in all the goings on for the league.

“After a successful year in the scene with our staff, players and partners, we’re looking forward to what 2019 will hold,” said Dominic Remond. “Through the Challenger Series we hope to see Australia’s next home grown talent rise, maybe even giving back-to-back club championship winners, Melbourne ORDER, a run for their money in 2019!”