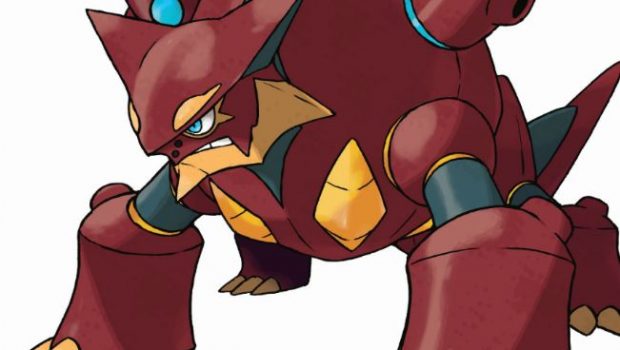 Get the Steam Pokémon Volcanion from EB Games in Australia and New Zealand!

21st September, 2016 – Players can get the Mythical Pokémon Volcanion for their Pokémon Omega Ruby, Pokémon Alpha Sapphire, Pokémon X or Pokémon Y game from 10th October through 31st October via a special code distribution* at EB Games stores in Australia and New Zealand.

Volcanion is a Mythical Pokémon that cannot be encountered through regular gameplay, and unlike any Pokémon discovered before it, this Pokémon is both Fire- and Water-type. It uses fire and water to create steam within its body, expelling explosive shock waves and boiling steam from the arms on its back. The power is said to be great enough to blow away an entire mountain, gouging out the earth and changing the shape of the land.

Players will need a copy of Pokémon Omega Ruby, Pokémon Alpha Sapphire, Pokémon X or Pokémon Y, as well as a system in the Nintendo 3DS family**, and can request a code from staff at EB Games stores in Australia and New Zealand.

Volcanion will also appear in the upcoming cinematic adventure Pokémon the Movie: Volcanion and the Mechanical Marvel*** – coming later in 2016!