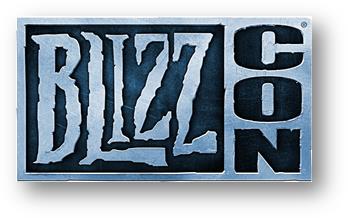 Get Ready for BlizzCon 2018

Sydney, Australia—10 April, 2018—Team up with your friends and family and get ready for a journey to Southern California for BlizzCon® 2018, Blizzard Entertainment’s epic celebration of games and esports and the communities that bring them to life. Tickets to the main event, taking place at the Anaheim Convention Center on 2 and 3 November PDT, will go on sale on two dates: Thursday, 10 May and Sunday, 13 May AEST/NZST.

BlizzCon is one of the biggest gaming events of the year, giving gamers everywhere a chance to connect and geek out over their shared passion, learn more about Blizzard’s worlds and games directly from the creators, cheer on their favourite esports stars through world-class competition, and much more. Last year’s sold-out show once again drew a maximum-capacity crowd to the Anaheim Convention Center, with millions more watching online via free live streams and the BlizzCon Virtual Ticket.

This year’s event will again commence with the esports action of BlizzCon Opening Week, taking place at Blizzard Arena Los Angeles from 25 to 29 October PDT (26 to 30 October AEDT/NZDT), where the initial rounds of the StarCraft® II World Championship Series Global Finals, the Heroes of the Storm® Global Championship Finals, and World of Warcraft® Arena World Championship Finals will unfold. The competitions will culminate in Anaheim on 2 and 3 November, where the champions of these tournaments along with those of the Overwatch® World Cup and Hearthstone® Global Games will be crowned.

“BlizzCon is our favourite time of the year at Blizzard,” said Mike Morhaime, CEO and cofounder of Blizzard Entertainment. “It’s our chance to meet and really get to know the people behind the terran commanders, demon hunters, and Tracer mains we play with every day—to share our passion for games and esports with each other, and celebrate what being in the Blizzard community is all about. We can’t wait to see everyone at the show.”

The first BlizzCon ticket sale will take place Thursday, 10 May at 12:00 p.m. AEST; the second ticket sale is scheduled for Sunday, 13 May at 3:00 a.m. AEST. Tickets can be purchased for $199 USD each (plus applicable taxes and fees) through the online ticketing service Universe. Tickets include two-day admission to the main event in Anaheim on 2 and 3 November, and attendees will receive a commemorative BlizzCon goody bag containing a cache of loot for their favourite Blizzard games. Visit www.blizzcon.com for complete details.

An exclusive dinner to benefit CHOC Children’s, a pediatric health system in Orange County, California, will take place the evening of Thursday, 1 November. Attendees will have an opportunity to meet Blizzard developers, artists, and community representatives, all while supporting a great cause. Tickets to the benefit dinner, which include BlizzCon admission, are limited in number and will go on sale Thursday, 16 May at 12:00 p.m. AEST for $750 USD each. Blizzard Entertainment will donate the net proceeds from the event to CHOC Children’s.

For the first time, esports fans heading to Southern California for BlizzCon will have an opportunity to attend BlizzCon Opening Week in person. A limited number of tickets to Opening Week events at Blizzard Arena Los Angeles in Burbank, California will go on sale later this year—further details will be announced in the months ahead.

Gamers around the globe who aren’t able to attend in person will have the chance to enjoy BlizzCon from just about anywhere via the Virtual Ticket, which offers live streaming coverage of the event and a variety of bonus content, including this year’s BlizzCon in-game items. More details on the BlizzCon 2018 Virtual Ticket, including pricing, availability, and programming information, will be announced at a later date.

To keep up on the latest BlizzCon 2018 news, visit the official site at www.blizzcon.com.