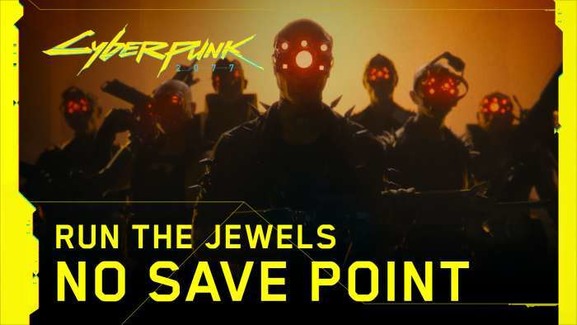 The video features El-P and Killer Mike, known as Run The Jewels (RTJ), performing their track No Save Point — which was created specifically for Cyberpunk 2077 and can be heard in the game itself, as well as on the game’s soundtrack. Filled with elements, imagery, and effects from the dark future world of Cyberpunk 2077, the atmospheric video is available to watch right now on YouTube.

Cyberpunk 2077 will release December 10th, 2020, for PC, Xbox One, PlayStation 4, and Stadia. The game will also be playable on Xbox Series X and PlayStation 5 consoles when available. At a later date, a free upgrade to Cyberpunk 2077, taking full advantage of next-gen hardware, will become available for owners of the Xbox One and PlayStation 4 versions respectively.