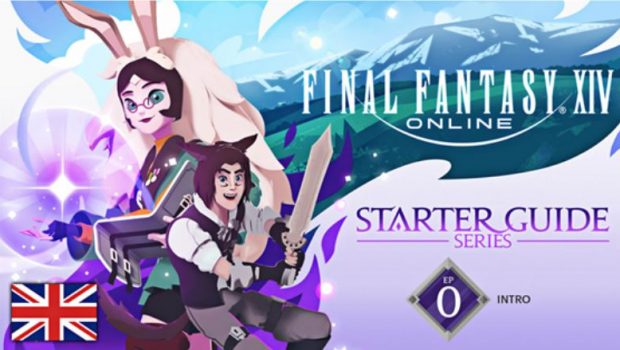 Get a head start with FFXIV Starter Guide Series!

SQUARE ENIX® today released the brand-new “Starter Guide Series” for the critically-acclaimed MMORPG FINAL FANTASY® XIV Online, offering early tips and tricks for new players adventuring through the ever-expanding realm of Eorzea for the first time in order to get the most out of their adventure. Whether they’re playing solo at their own pace, or joining other players to explore the world together, this online video series will assist in the start of their adventures.

The series follows the journey of new player Kaz and his mentor Mayra, who guides him through his first steps in Eorzea. Episode One: “The Adventure Begins” guides players through the very first steps in their FINAL FANTASY XIV Online journey, including:

The full Starter Guide series consists of seven videos, each focusing on different aspects of the new player experience, providing tips and tricks, from character creation and basic game mechanics to dungeons, boss battles and more. The episodes and content are as follows:

• Series Introduction – Join veteran adventurer Mayra as she guides new player Kaz to the world of FINAL FANTASY XIV.
• Episode 1: The Adventure Begins – Kaz creates his character and takes his first steps in Eorzea. Mayra introduces Kaz to the map and different quest types so he can enjoy the main story without getting lost.
• Episode 2: Meet Your FATE – Mayra introduces Kaz to class quests and how he can unlock different classes starting at level 10. Kaz encounters his first FATE, an open world encounter where everyone nearby can take part.
• Episode 3: Hall of the Novice – Kaz learns how to organise his cluttered inventory and discovers the Recommended Gear feature. Mayra takes Kaz to the Hall of the Novice where he gets a crash course on party combat and a new set of gear.
• Episode 4: Do Your Duty – Putting his newly acquired skills to the test, Kaz teams up with Mayra to form a light party via the Duty Finder to tackle his first dungeon. Kaz learns how dungeon rewards are distributed via Need, Greed, and Pass.
• Episode 5: Trial by Fire – Kaz forms his own party and takes on his first trial: an epic boss battle. As his renown grows, Kaz is recruited by one of three Grand Companies of Eorzea, and unlocks his very own chocobo mount at level 20.
• Episode 6: The End of the Beginning – Mayra regales Kaz with all he has learned so far and all he still has to look forward to in the Free Trial… and beyond!