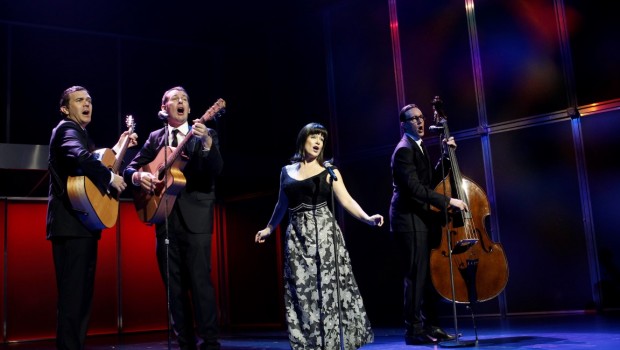 Summary: Georgy Girl the Seekers Musical is a true celebration of Judith Durham and the legendary Seekers!

Currently playing in Melbourne and then Sydney in April 2016, Georgy Girl the Seekers Musical played to a packed crowd last night at Her Majesty’s Theatre which also saw a very special surprise at the end of the official opening night. For those unaware of The Seekers, they were the first Australian band to become an international hit and this musical follows the story of this band, particularly Judith Durham, the lead singer who had a very interesting and at times challenging life. She was also a true darling of Australia! 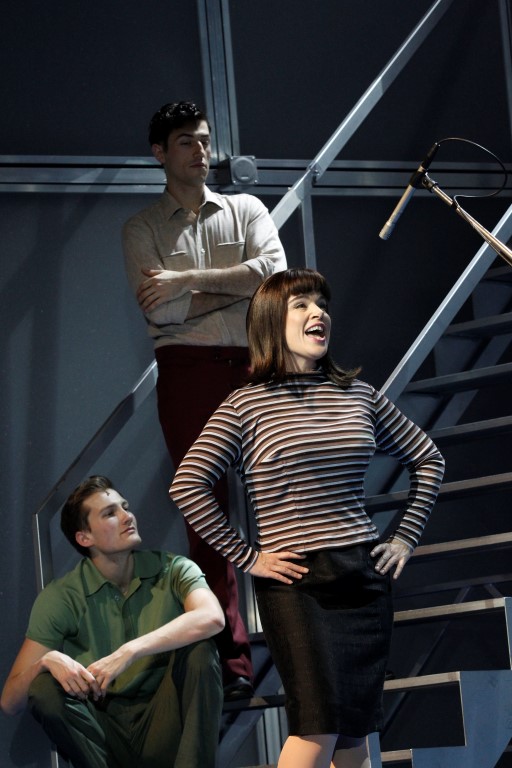 Using elements of comedy, narration, dance and spectacular musical numbers, Georgy Girl the Seekers Musical successfully takes the audience back to 1960’s as we follow the very humble and talented Judith Durham who is played to perfection by Pippa Grandison. Adam Murphy also plays Ron Edgeworth, the narrator of this musical and in the real world, Ron actually married Judith in 1969. However Murphy lends a warmth to this production and even though he has the best one-liners in the show, there is also a very heartwarming moment when he is diagnosed with MND.

Also joining Grandison and Murphy is Phillip Lowe (Keith Potger), Mike McLeish (Bruce Woodley) and Glaston Toft as Athol Guy who make up the rest of The Seekers as this legendary folk group make the transition to international pop sensation. Furthermore, Ian Stenlake plays the band’s manager and first love of Judith, John Ashby, whereas Stephen Wheat plays their producer Eddie Jarrett who is one cool cat. Add in an ensemble of other very talented singers and dances and Georgy Girl the Seekers Musical is a very colourful, moving and entertaining production from start to finish. 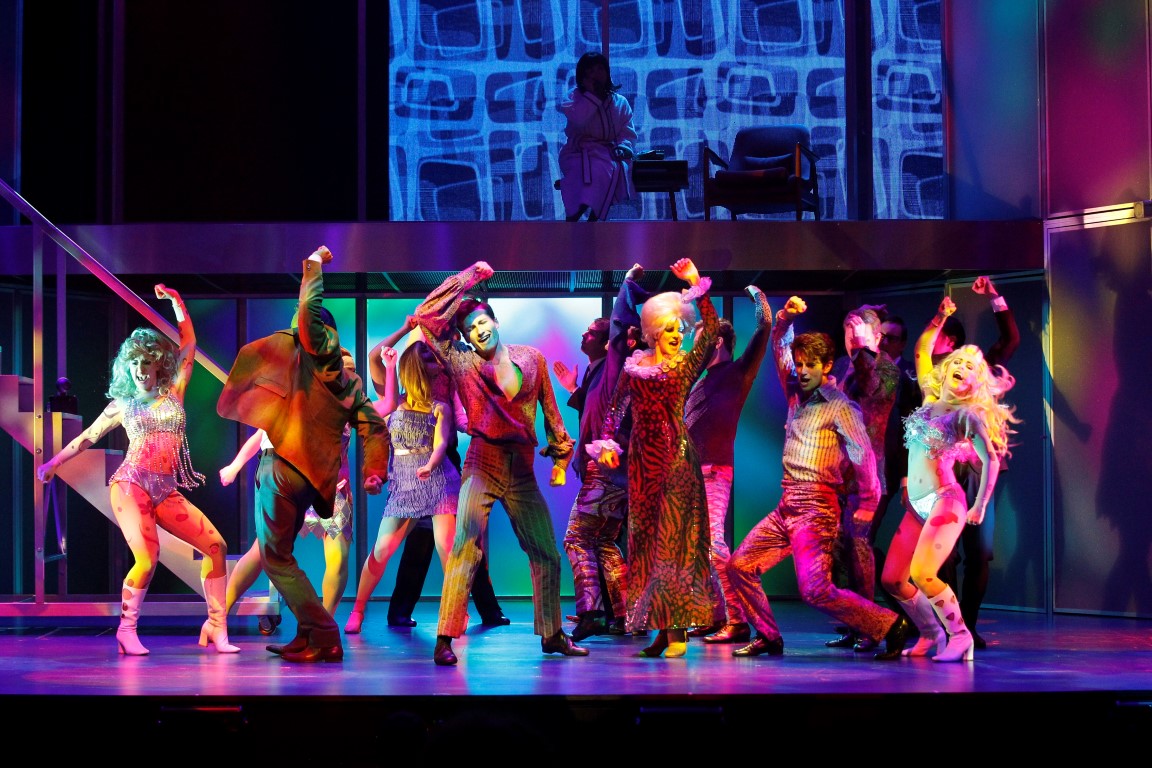 Written by Patrick Edgeworth and produced by Richard East (Mamma Mia!), Georgy Girl the Seekers Musical boasts all the hits from this legendary Australian band such as The Carnival is Over, I am Australia (which is probably one of the most patriotic songs of the country) plus the Oscar nominated Georgy Girl, this production definitely transcends generations and can be enjoyed by people of all ages. In relation to the musical number Georgy Girl, there’s some great different renditions of this hit song throughout the production.

To complement the excellent performances, colourful costumes and world-class music, Georgy Girl the Seekers Musical also has a two tier stage which is used quite often and helps create the various scenes such as London, Australia and even the United States with projections, lights and other stage effects. Just below the stage is a live band which gives the amazing music to this show and even though this is a Seekers show, there are also other songs from the era thrown into the production such a the 1964 hit “Downtown” by Petula Clark which sets the scene for England. 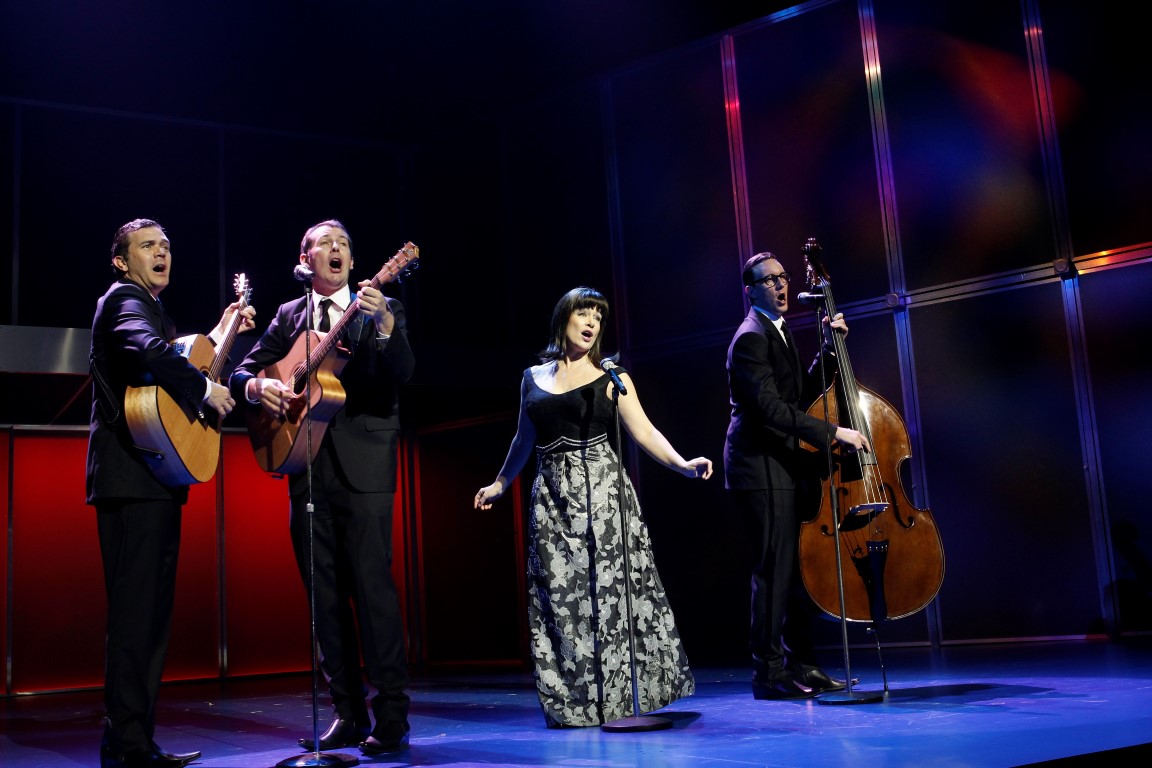 Another highlight of the show is that it’s a great history lesson about The Seekers and I was unaware that some of their songs actually outsold The Beatles and sadly, Durham suffered a brain hemorrhage in 2013 but thankfully survived this trauma and was still able to sing. For me, I really enjoyed this hybrid almost musical documentary that made it feel more real but of course, the highlight of Georgy Girl the Seekers Musical were the extremely talented stars who really channeled the era and the Seekers themselves.

Georgy Girl the Seekers Musical successfully takes you on a very musical and emotional ride as you re-live some of their greatest hits and experience the trials and tribulations of Judith Durham which had a few people in tears. However the Seekers Musical is not about sorrow but rather a snapshot into the life of this band and is a true musical celebration of their rise to fame that not only tugs at your emotional heartstrings but will leave you with some very fond memories of Australia’ first and greatest band.

Oh… what was the surprise at the end of the performance on opening night? It was actually the original Seekers (Judith Durham, Keith Potger, Bruce Woodley and Athol Guy) who came onto the stage to a huge standing ovation from the crowd and was the perfect way to end this memorable evening. 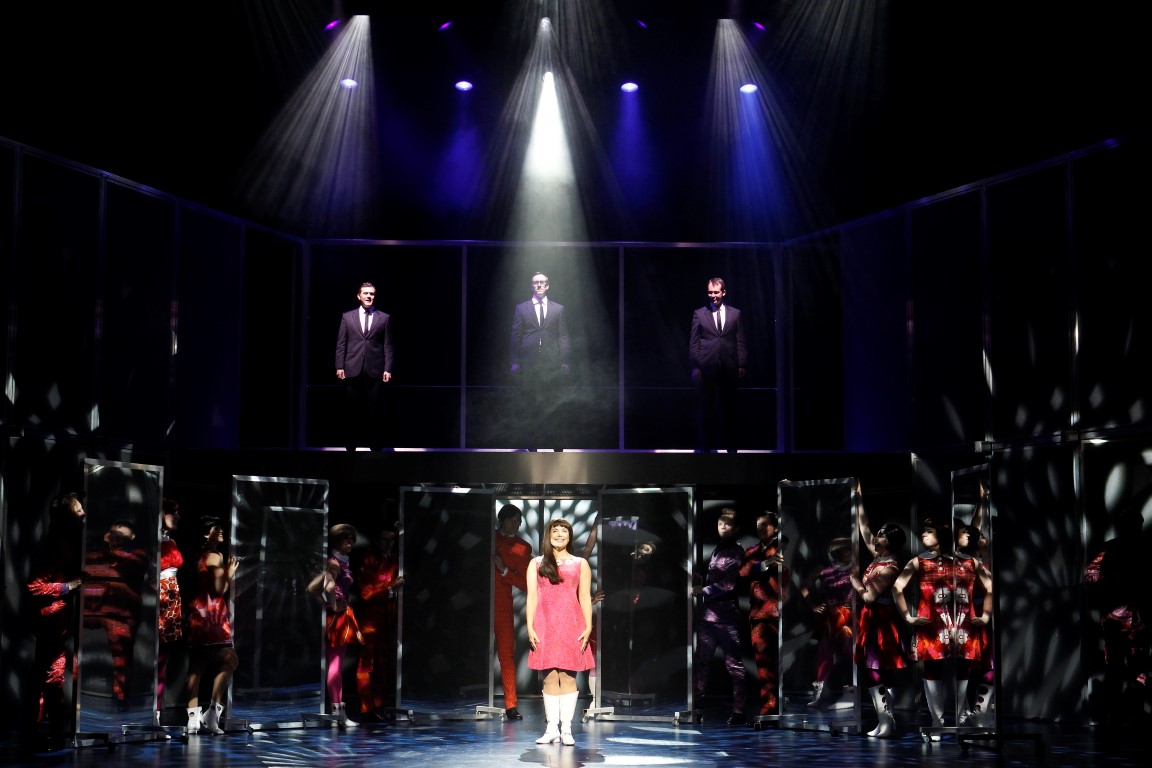 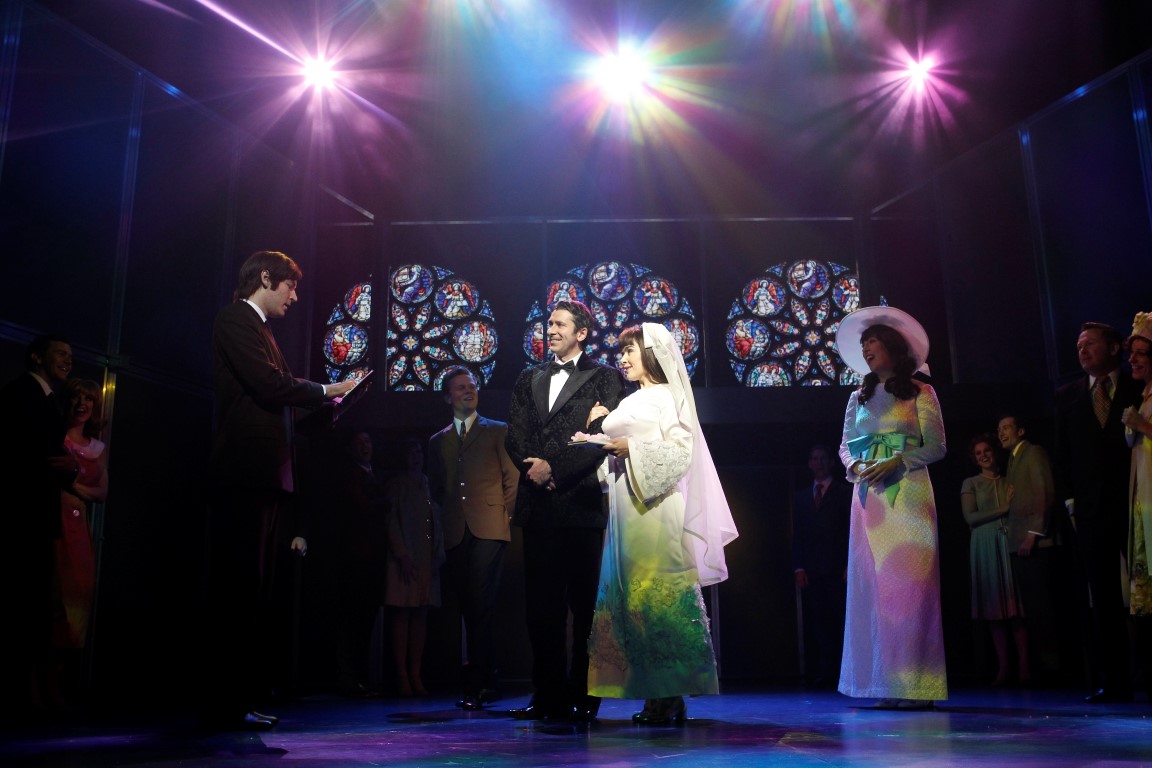 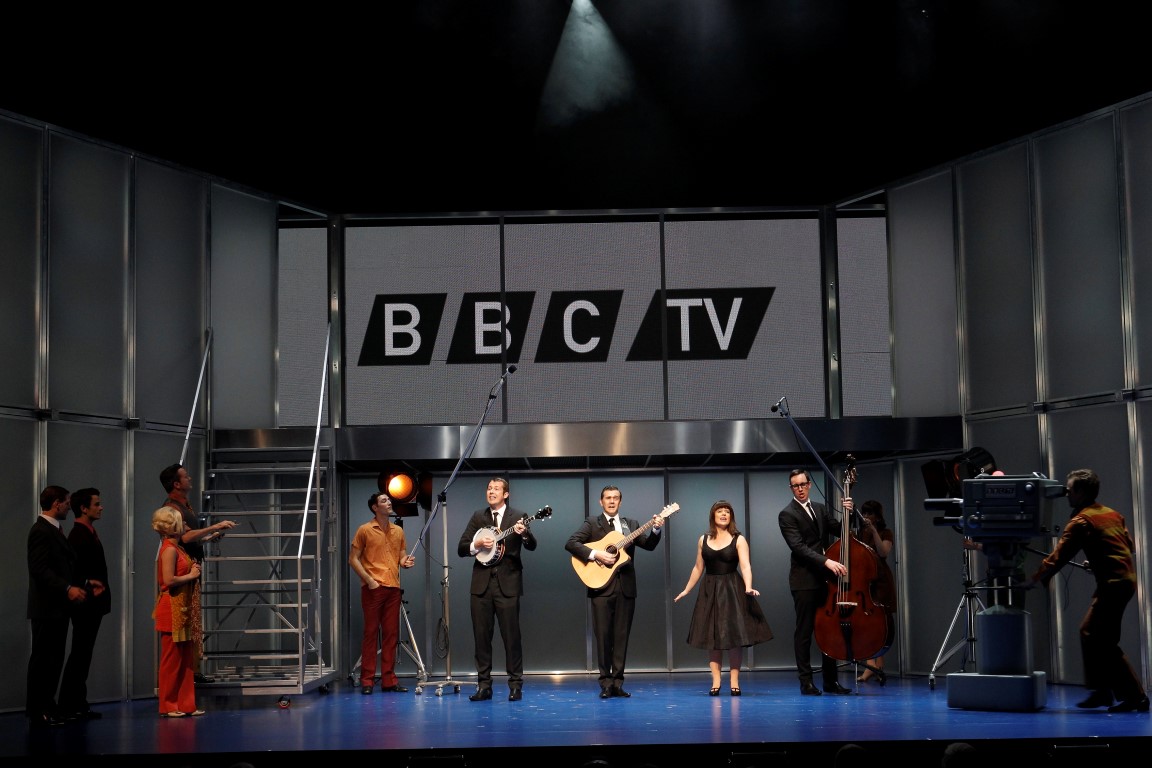 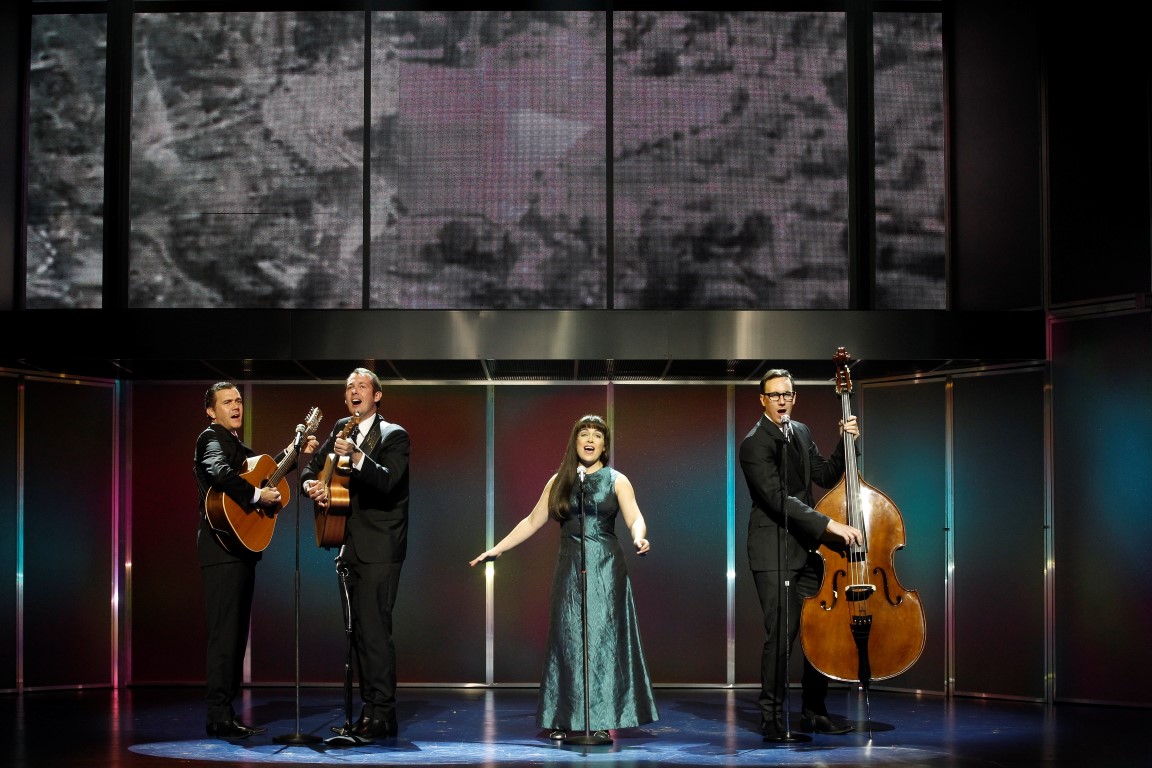 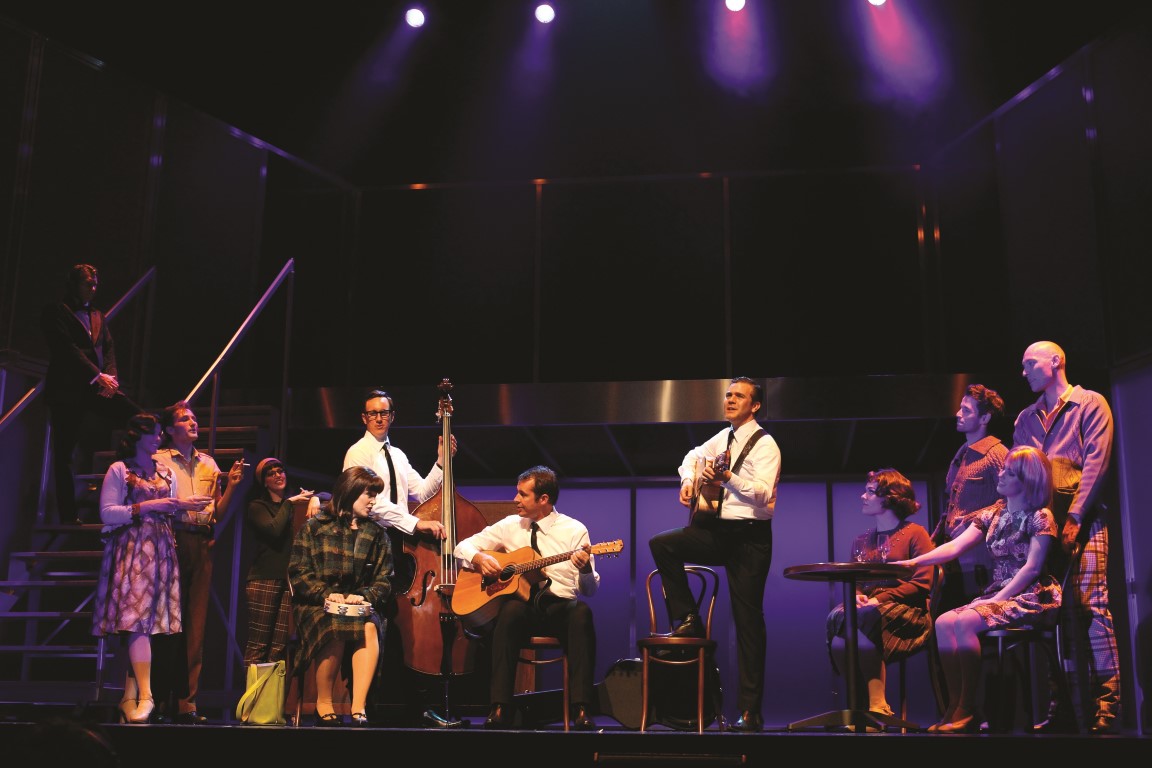 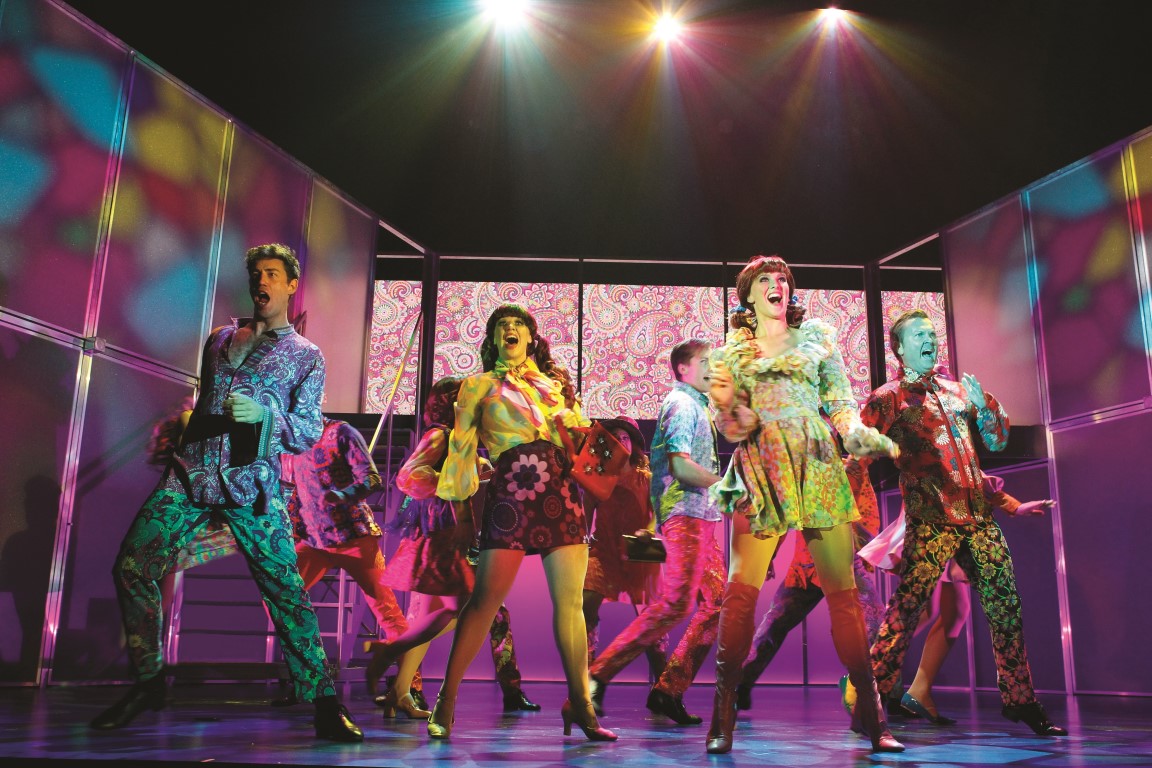 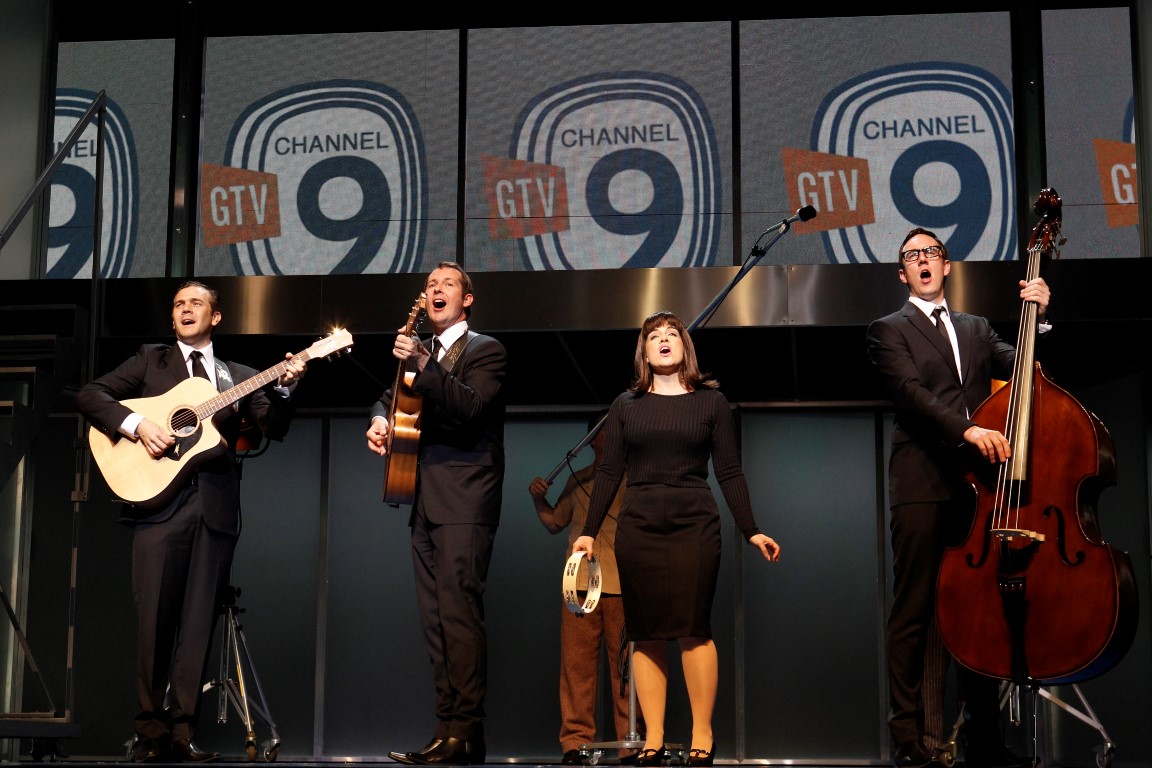 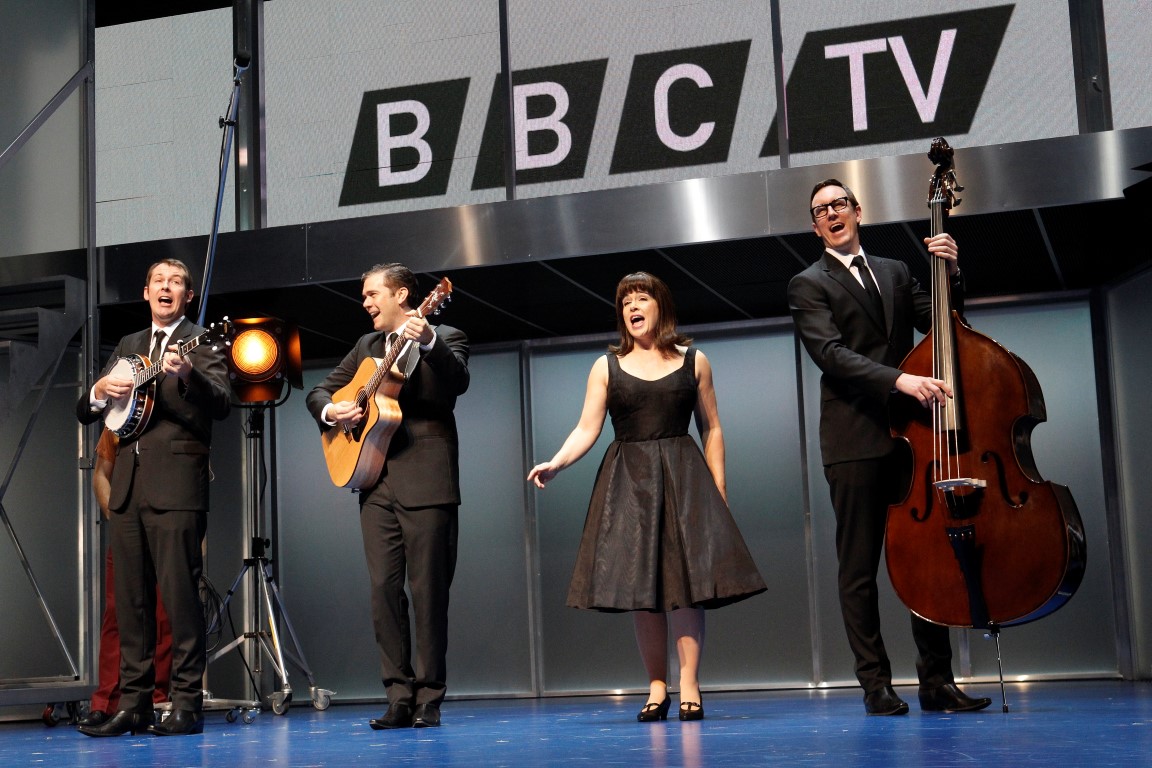