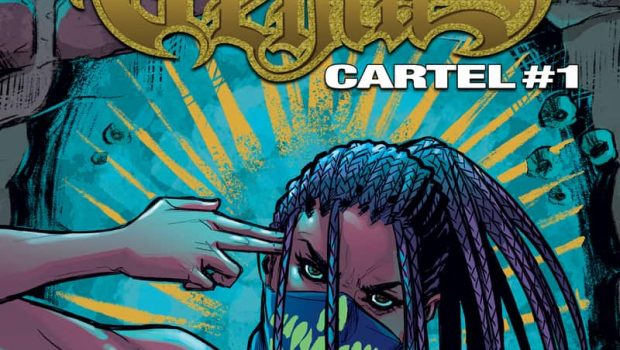 Summary: Destiny's interesting and engaging story lacks the punch of the first series while it gets into gear.

Genius: Cartel begins where the 2014 limited run finished. Destiny Ajay has been taken into custody. The reckoning she has wrought for her people in South central LA a terrifying and liberating event. But one she won’t be able to enjoy from a jail cell. Rather than put her in a courtroom and give a wider platform, the government forces fake her death. They secret her away to a training institution for military geniuses. And so begins the new season of Genius: Cartel. In Genius: Cartel, Marc Bernardin and Adam Freeman team up with Rosi Kampe to tell this new chapter in Destiny’s life as she’s forced to work and train in the Madrasa Institute. Read on to find out what the Destiny has in store for the world! 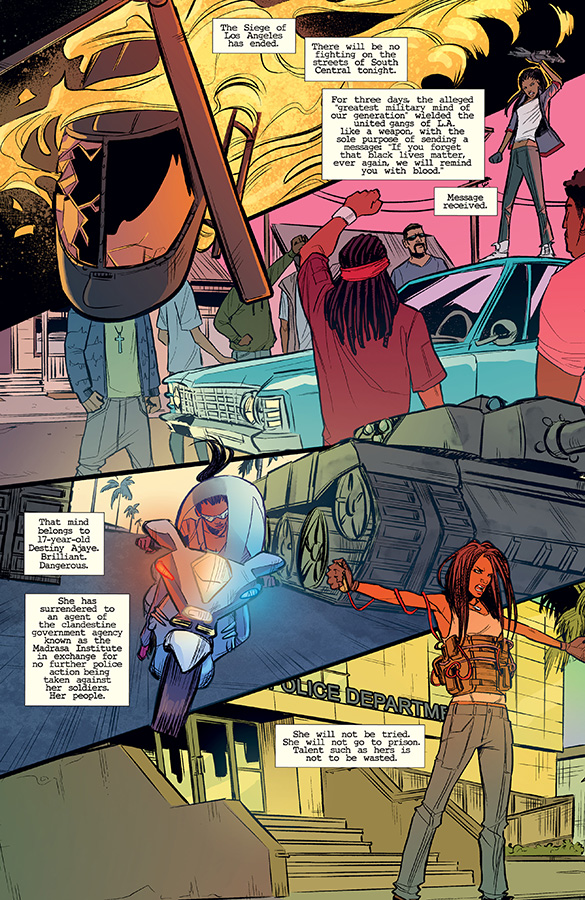 Destiny has returned at an apt time in world politics. Nationalism seems to be on the rise in many countries. Racial tensions are flaring in Western Nations in a way that they haven’t in a generation. Things have become even more heated since this first issue would have been put to bed with the violence in Charlottesville. Because of this, I was excited for Destiny’s return. The first run seemed brutally relevant in 2014. It told a compelling story, but was also a insightful and incisive social commentary. I was hoping for the same with this series. But so far it’s been very restrained. This issue focuses on Destiny’s recent past and the shadowy institute she finds herself bound to. There is some necessary backstory for new readers and it’s dealt with economically and efficiently. But it doesn’t quite capture the excitement or frustration bound up in the previous five issues. Destiny is still a punchy and engaging hero, but here she comes across as unusually apathetic.

The storytelling and dialogue is a touch formulaic here. I feel that Bernardin and Freeman lack the wit and anger of the first run. The first issue relies on a little too much cliche, and lacks the originality that made Genius such a great comic series. The dialogue seems forced or stilted. The heads of the Madrasa Institute are almost cartoon villains that feel out of place for a narrative that grew out of urban commentary. I was hoping for a little more complexity and intelligence. But then, this is issue one and I’m sure there’s plenty of time for it to find its feet. I’m keen to see where this narrative takes Destiny and what reignites that terrifyingly intelligent and razor sharp rage. 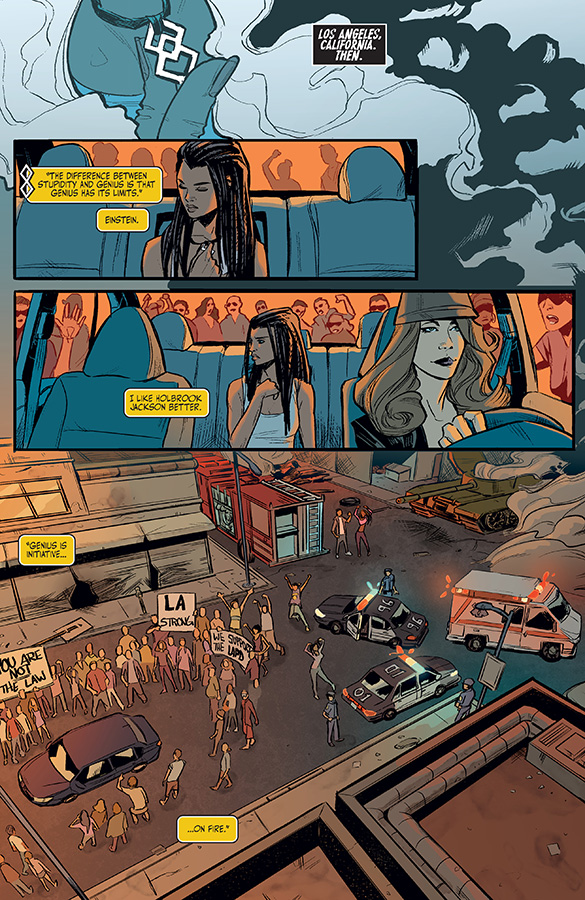 The illustrations are great. Destiny is older here. More jaded and less of a teenager. Her posture and poise is still defiant under Kampe’s hand, but she is harder and more rigid. Less soft teenager, she is hard and athletic like a predator in this series. The palette is darker, which matches the story lines. Thus far this is not a narrative about urban insurrection, but an investigation of US Imperialism. Urban homes and streets are now “Black Sites” and shady academies, dorms, and classrooms. Kampe captures this apathetic and cruelly pragmatic Destiny with aplomb. 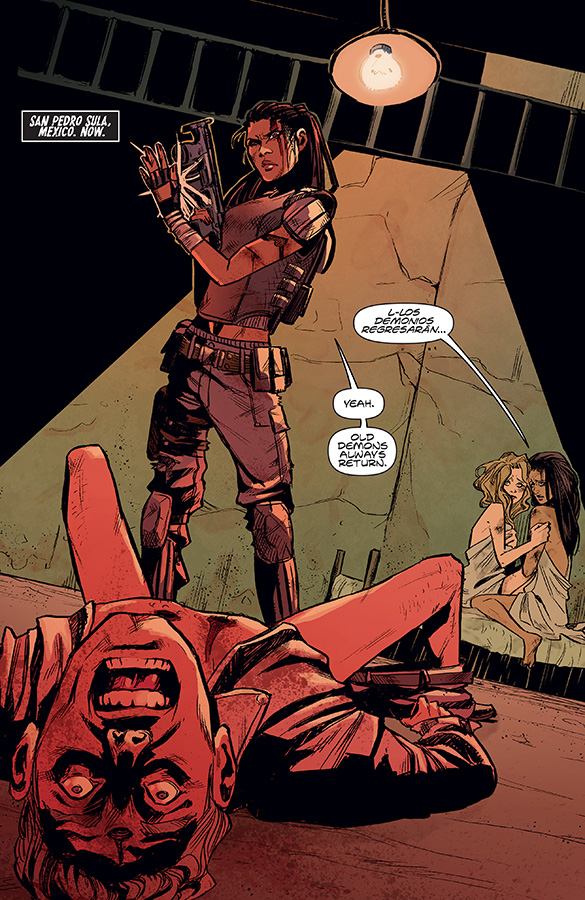 Genius: Cartel is good, but not great. It has a hell of a legacy to live up to. The drawings are sharp, but the insightful commentary seems a touch dulled and blunted. Issue one sets up an interesting twist in the story of Destiny Ajay, it will be interesting to see where it goes. I hope it moves away from some of the cliche’d tropes used in the first issue. Genius: Cartel is a must for fans of the first series, but needs to lift its game if it wishes to appeal to new fans.

4 teenage military geniuses out of 5