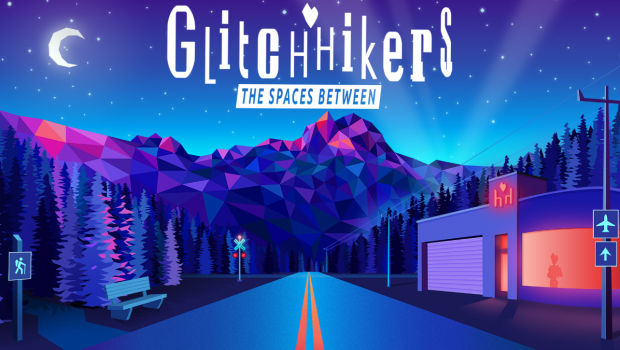 Taking inspiration from the experimental and critically-acclaimed 2014 game, Glitchhikers, the reborn and reimagined game expands into new horizons in Glitchhikers: The Spaces Between, launching on PC and Mac in early 2022.

Glitchhikers: The Spaces Between will be the first major title released by Silverstring Media, who have worked on a number of critically-acclaimed independent games including Celeste, Wandersong, Manifold Garden, and Where the Water Tastes Like Wine.

Glitchhikers: The Spaces Between takes players on a journey through liminal spaces, provoking existential and introspective questioning by merging reality with the strange. From driving a car down a lonely highway late at night to navigating a near-empty commuter train or winding park paths, the surreal landscapes and events experienced in Glitchhikers: The Spaces Between give meaning to time and space, the journeys between one point and the next.

In a free-form narrative defined entirely by the player, Glitchhikers: The Spaces Between ensures every playthrough is unique through randomized encounters with up to 18 mysterious characters. Each conversation will prompt philosophical reflection and rumination, guiding each player to thoughtfully consider themes of life, death, and the cosmic sublime in how they connect with their own lives.

Funded by the Canada Media Fund, Creative BC, and Treasure Hunters Fan Club, Glitchhikers: The Spaces Between is the product of their solo experimentation on how virtual spaces can connect with players beyond the game.

To stay tuned with game updates and announcements as they go live, please visit the Silverstring Media website or check out the Glitchhikers: The Spaces Between Steam page and wishlist it now.