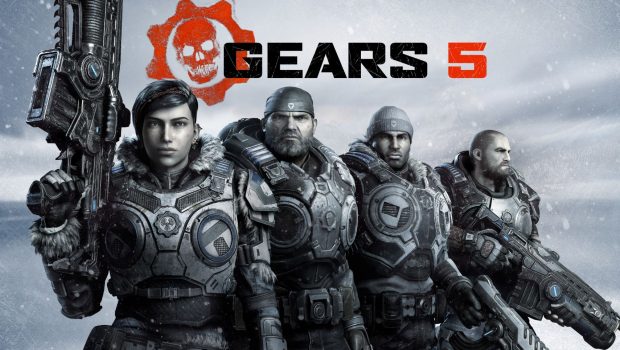 Summary: The Gears are back in another epic instalment

The world is crumbling. Humanity’s reliance on technology has become their downfall and enemies are uniting to wipe out all survivors. As Kait you must journey across the biggest, most beautiful Gears world to uncover the origins of the Locust, and fight with your squad to protect what’s left.

The next instalment of the highly popular Gears of War franchise has arrived on the XBox One and Xbox One X with GEARS 5 that takes place after the events of the previous game and returns players to the Fenix family of Marcus (John DiMaggio), his son JD (Liam McIntyre) with the main protagonist this time around focusing on Kait (Laura Bailey), an Outsider of the Locust descent who was introduced in the last game. Also adding to this close team is Delmont Walker (Eugene Byrd) and their robot Jack that surprisingly you do become invested in this non-human character. With a tip of the hat to Doom, Gears 5 returns players to the bloody world of gibs as you shoot and smash your enemies. 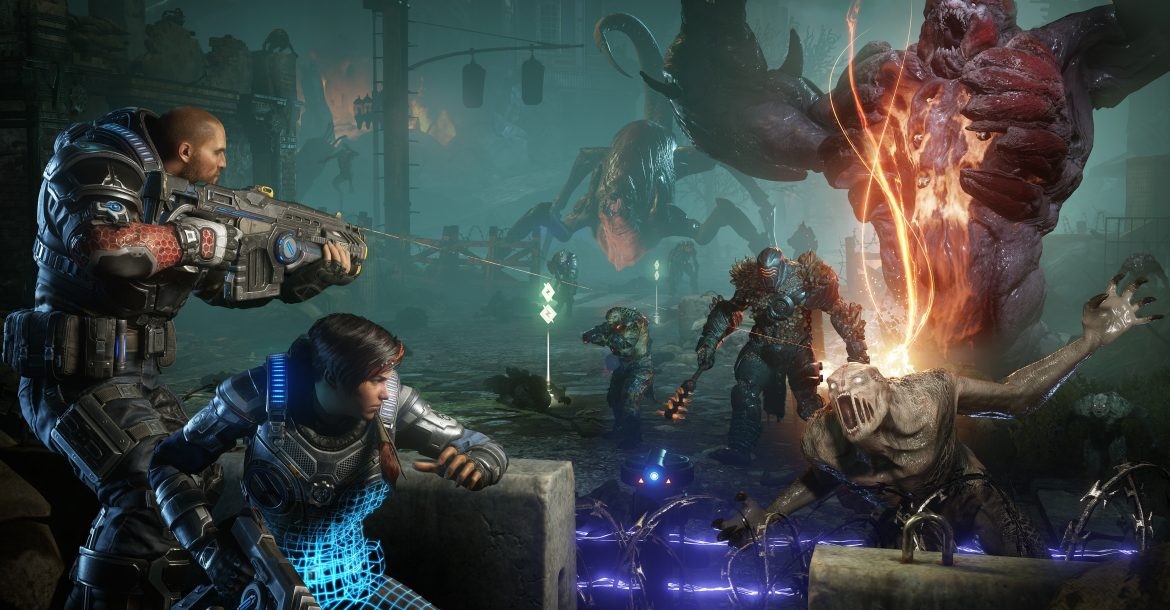 While its been almost 3-years since Gears of War 4 was released, Gears 5 starts with a recap of the previous events that saw Kait regrettably perform a mercy kill on her mother who was captured by the Horde that led to a Pandora’s Box of secrets being opened which are addressed in this game. Further helping your transition into the game is a short tutorial that re-familiarises you to the control mechanics of Gears, including the chainsaw as your enemies are torn asunder in this fun third person shooter with some totally enjoyable over the top weapons.

The story of Gears 5 takes place on an alien world that is similar to Earth, however filled with some dangerous creatures and the protagonist Kait, is now experiencing the repercussions of the previous events, including the swarm and ramifications of what the Coalition have unleashed. Thankfully for Kait who although is a powerful woman in her own right, has the expertise and determination of the Fenix family to help support this hero through the trials and tribulations that she is about to face. Without spoiling the story, it is definitely more emotional than the previous instalments and thankfully still firmly placed in the Gears of War universe, especially with the older and gruff Marcus Fenix. 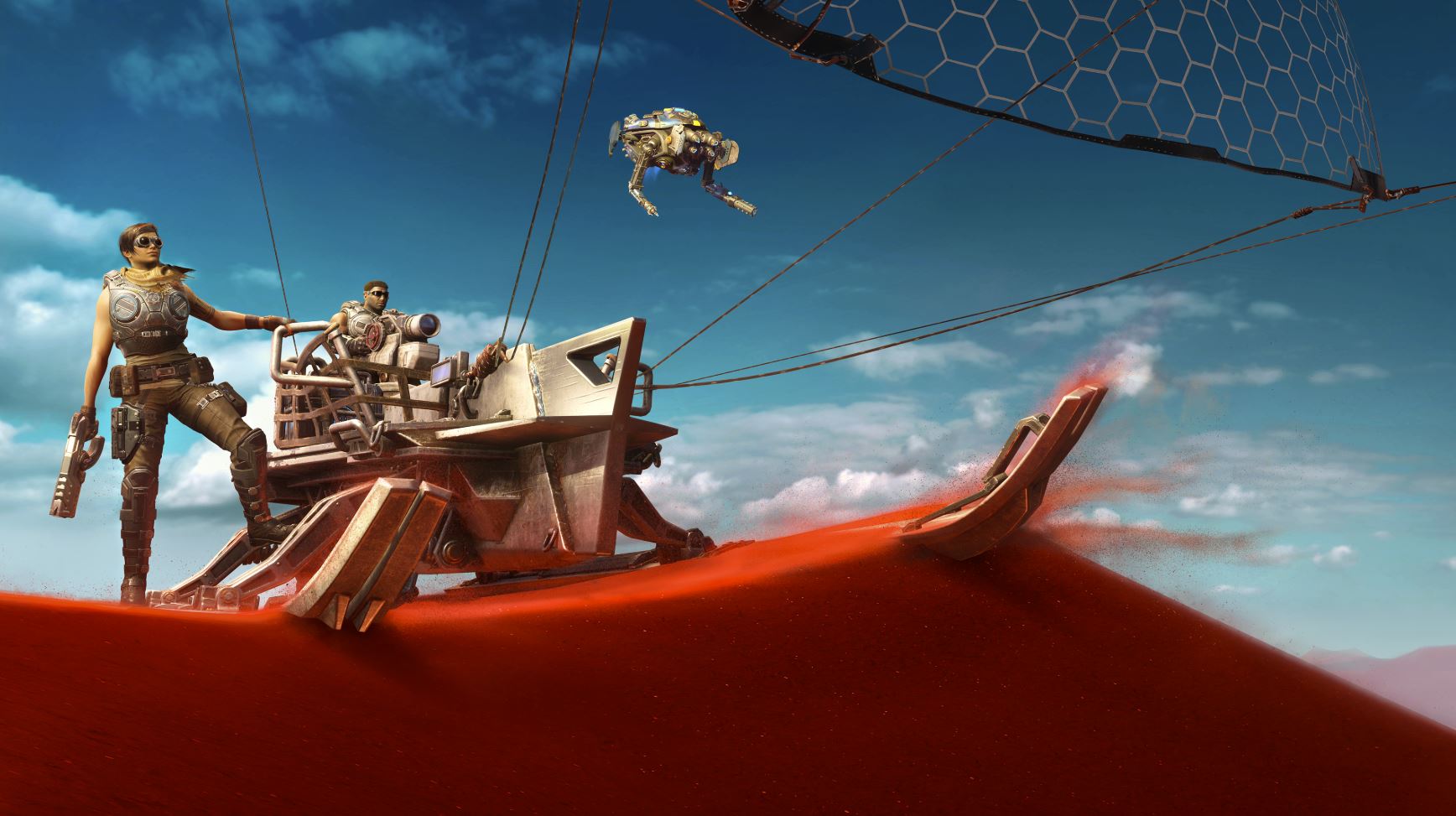 So while it is different, it is still familiar and best of the all, the voice actors do an excellent job at bringing these characters to life. Furthermore, the “open” worlds of Gears 5 really enhance the story and the contrast between the artic levels and the red deserts is a very unique experience to this franchise and one that works well as the repetition is kept to a minimum in terms of level design. Sure, things do look a little too perfect in the Gears of War universe due to the gaming engine but these new areas help break that up.

As Gears 5 follows the standard formula from the previous games, the second part of this title really comes into its own with its greatly enhanced environments that are huge compared to the more claustrophobic maps of past games and gives you more freedom. Adding to the diversity are some side quests that helps make the game feel more linear. It’s great that the developers have broadened the world of Gears with tweaks to the gameplay. 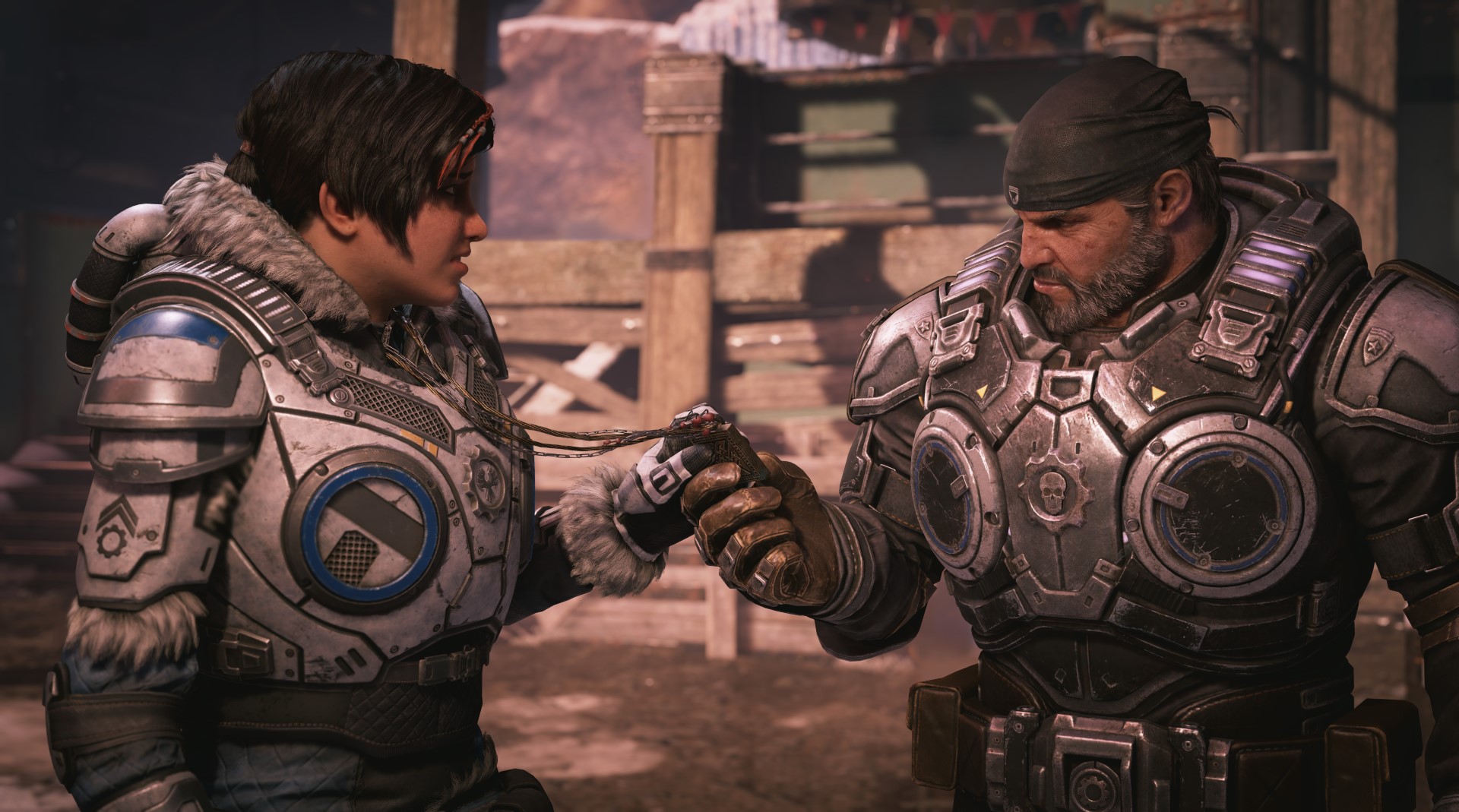 The combat mechanics are quite flawless and Gears 5 continues to have one of the best cover systems to date as you take on these almost never ending… well horde of enemies, including some totally powerful bosses. Thankfully there’s a variety of weapons available to the player (the classic Lancer Rifle returns), plus melee attacks… wait to see you the quite “smashing”  Breaker Mace, including take downs to brutal finishing manoeuvres. Also, ammunition is quite limited in the game and if things become too tough, you can reduce the difficulty level on the fly.

While your squad are relatively useful in combat situations, you have access to your flying robot Jack who helps you access other areas, including returning items back to the team like weapons and limited combat.. There’s even an element of RPG with your robot companion as there are a variety of upgrades for “him” that definitely come in handy such as the ability to blind enemies, cloak the team and even revive downed team members. So when matched with the engaging story, likeable characters and sturdy gameplay, the single-player mode of Gears 5 works well on all levels. Just make sure you give it some time because while it does start as a traditional Gears of War game, the later part of the first act and more specifically second act builds a great Gears experience. 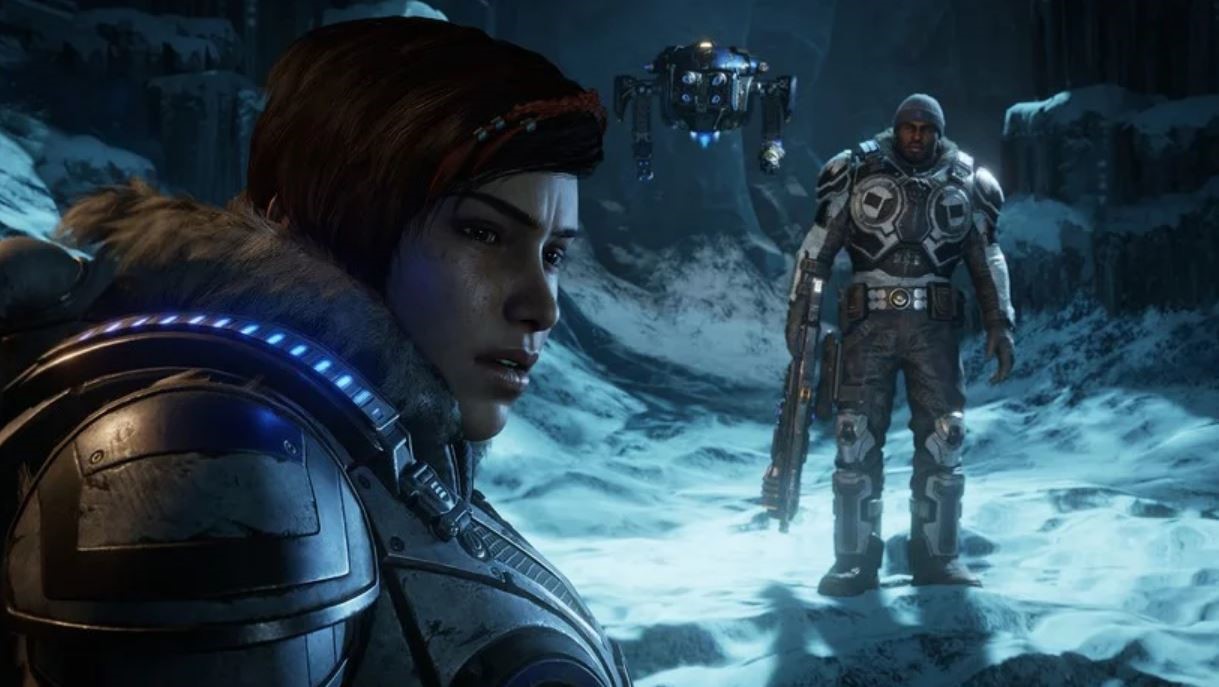 Gears 5 does support a split screen mode, however due to keeping the aspect ratio, it can be a little small, even on a large TV. We played the split screen mode on a 60” LED and due to the black borders around each of the players screens, it required us to unfortunately sit closer to the TV. However if you play the cooperative mode online which supports up to 3-players, it is a far superior experience and a hoot to play thanks to the engaging multiplayer mechanics. Another interesting aspect about the cooperative mode is that one of the gamers can even play as Jack.

Playing as the robot is different because of the way he flies around plus his skills are different like using electricity to zap the enemies or the special ability to cloak the team. Add in other multiplayer modes such as Horde and Versus plus the new Escape mode and there’s plenty of multiplayer fun to be found. The new Escape Mode has the players fighting against their enemies while they attempt to evade the green bomb! Lastly, there is a map builder for those players that want to create their own multiplayer maps and while relatively easy to use, it can be quite time consuming. Needless to say, the developers of Gears 5 have given the player a whole wealth of entertaining content and while the campaign will last around 10-hours, the multiplayer modes just keeps giving. 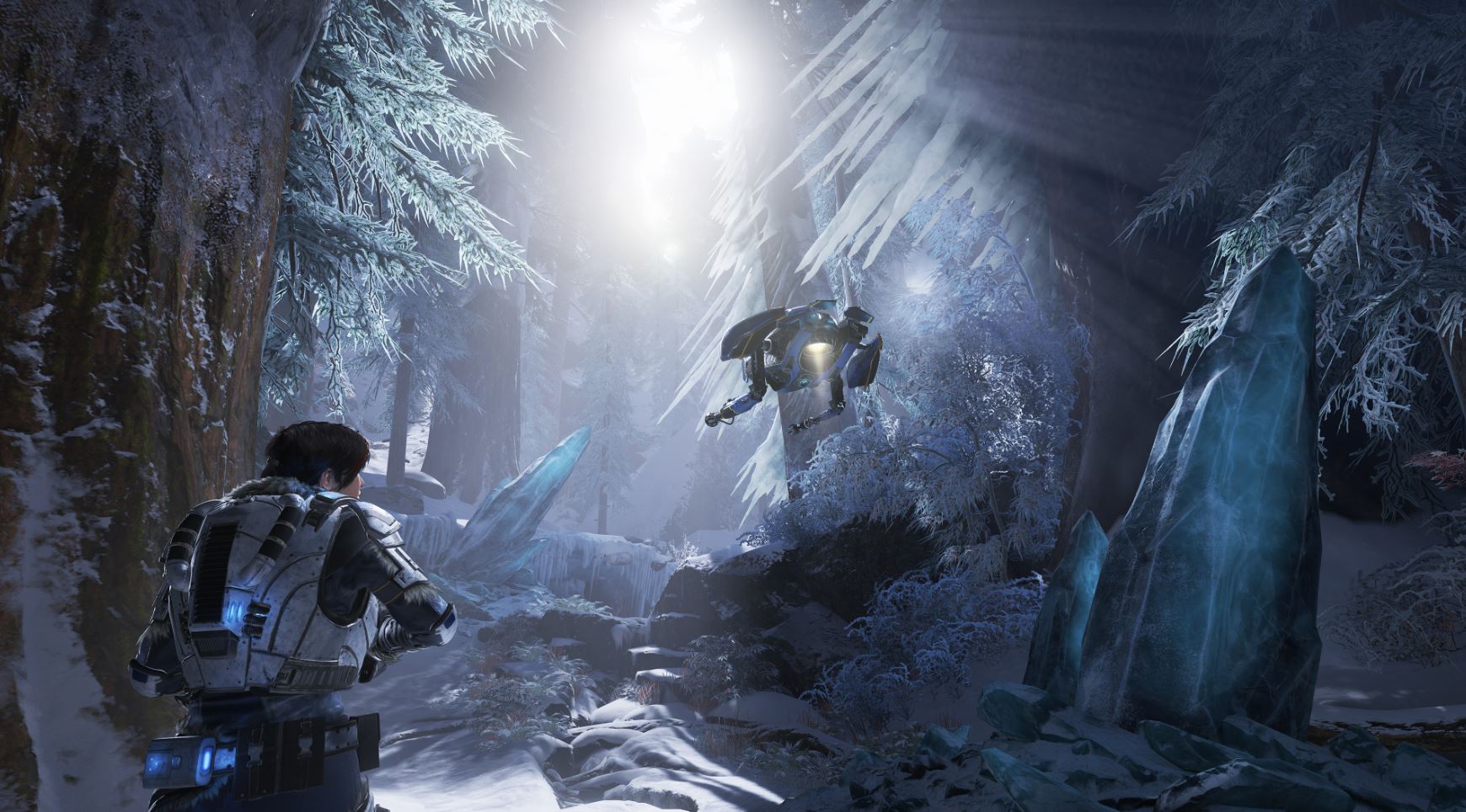 The Gears of War series have always had amazingly detailed graphics and Gears 5 is no exception to the series and developers “The Coalition” should once again be commended on creating such a diverse and graphically impressive universe. The first thing that you notice about Gears 5 are the totally detailed backgrounds that adds some impressive depth to this gaming world. Everything from the bricks to the rubble, the “ghost” cities or the underground caverns of the horde, it’s visually impressive, particularly on 4K HDR at 60 frames per second and the colour palette of the red deserts is glorious to say the least.

Furthermore, characters are well animated and while the humans look a little on the chunky side with their padded armour, it suits this broken universe well. Enemies are equally as good, especially the larger than life bosses. Special effects and lighting enhance the gameplay, not to mention some wicked weather effects and all in all, Gears 5 is one of the best looking titles on the XBox One. 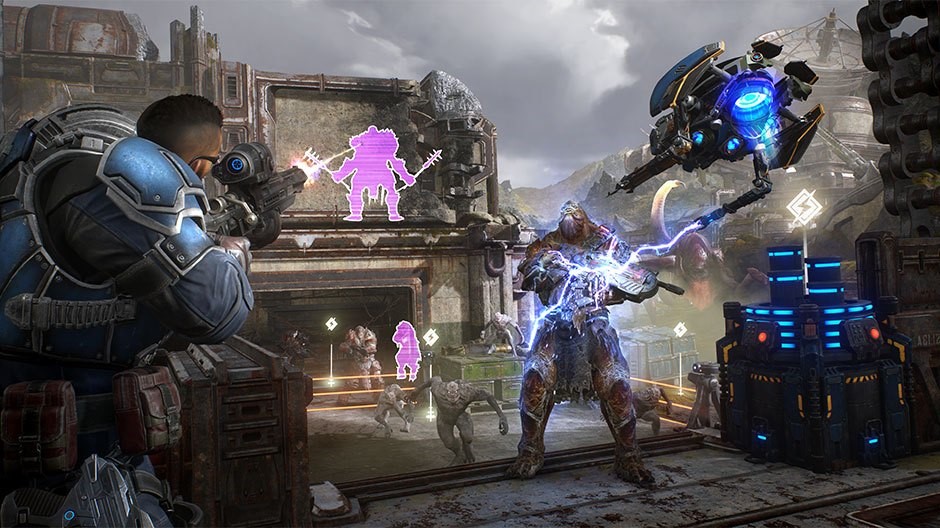 Firstly, the voice acting of Gears 5 is on point and while it’s great hearing John DiMaggio is back as Marcus Fenix, Laura Bailey delivers an equally impressive and emotional interpretation of the heroic Kait, even with her complex and difficult history that really draws you into the story. The soundtrack of Gears 5 adds to the overall gaming experience as are the larger than life sound effects that when matched with the gameplay and graphics, it creates a thoroughly entertaining game on the Xbox One from start to finish.

Initially I thought Gears 5 was just another Gears of War game, however the developers have upped the ante by focusing on a new protagonist but ensuring that the old guard are still around. The gameplay while familiar has been tweaked and the level design is easily one of the best created worlds on a console, especially seeing it on 4K on the Xbox One X. So if you’re a fan of the Gears of War franchise, Gears 5 takes that love to a whole new level and then multiplies it! 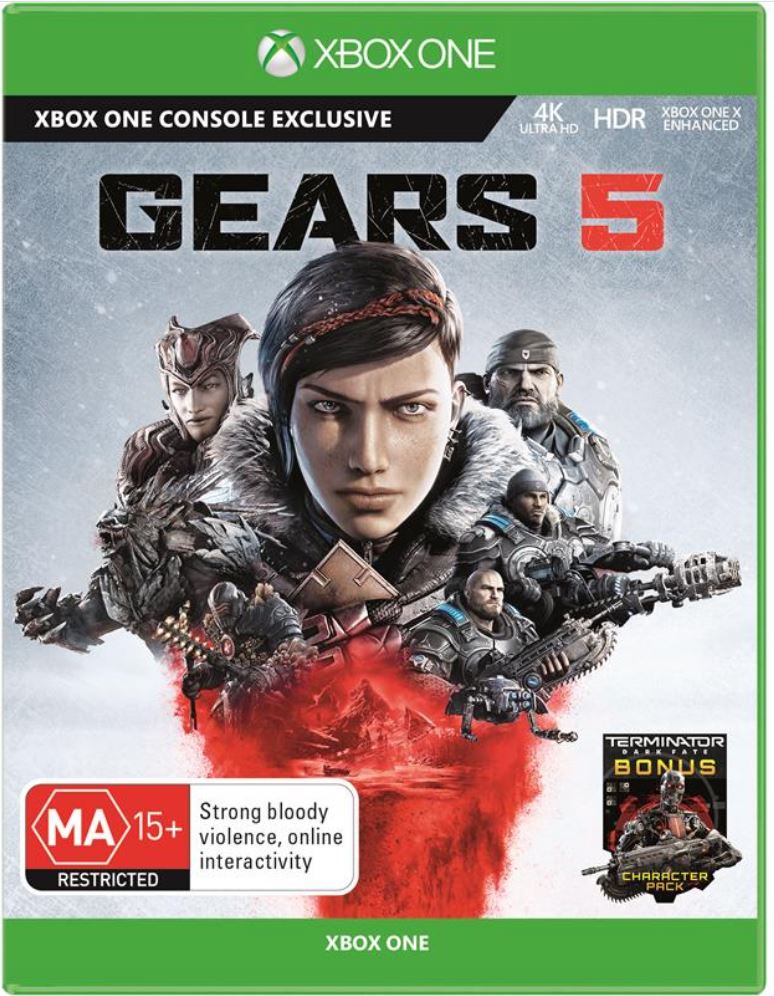 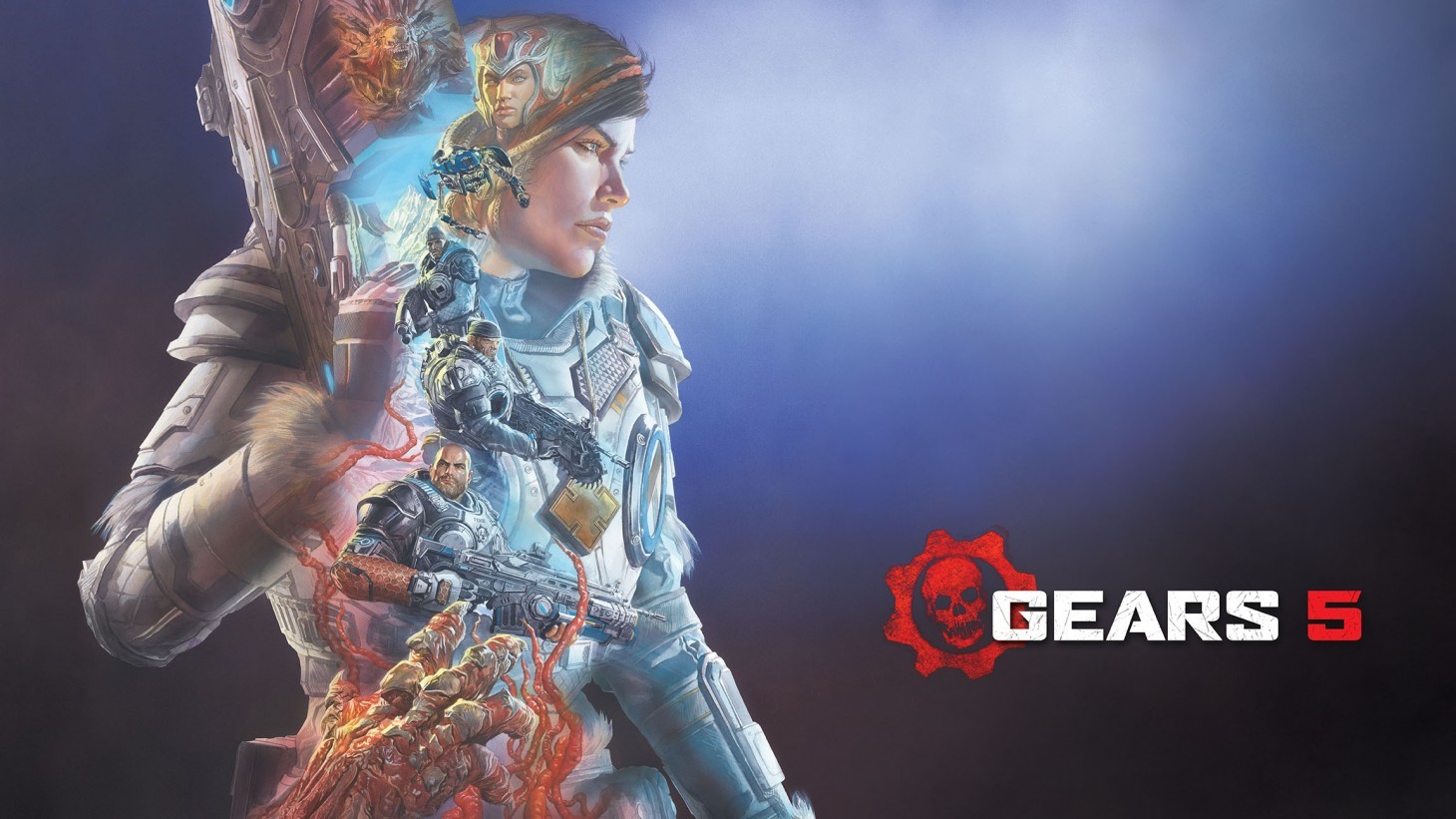 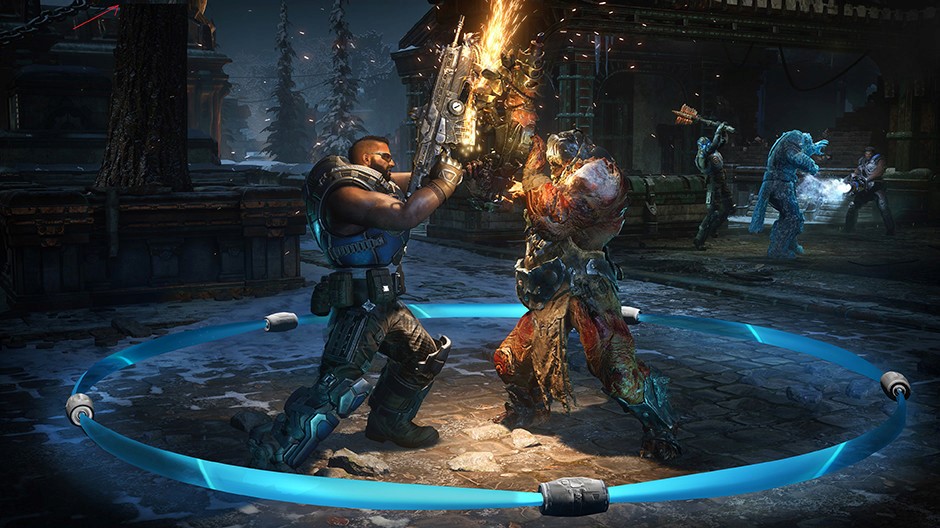 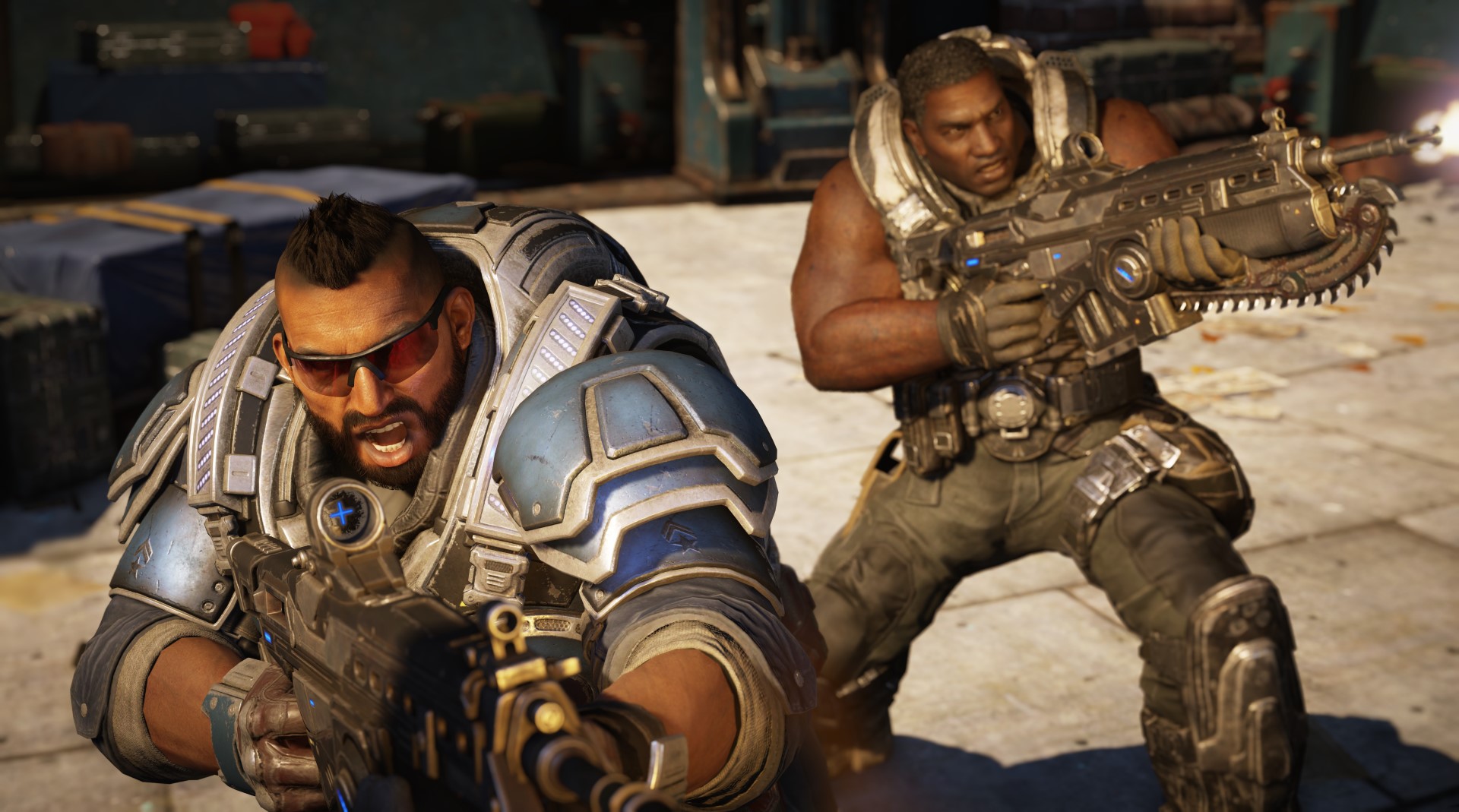 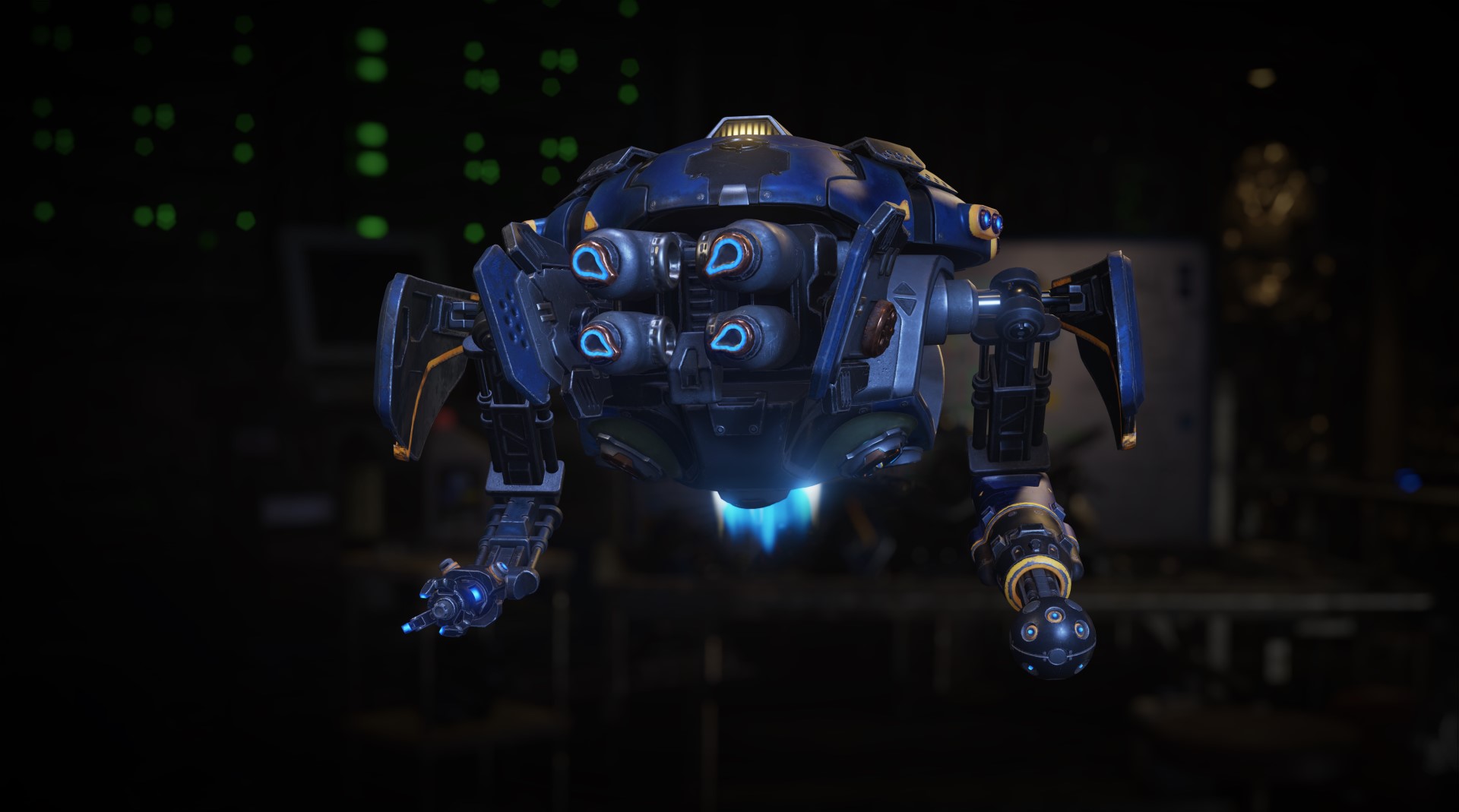 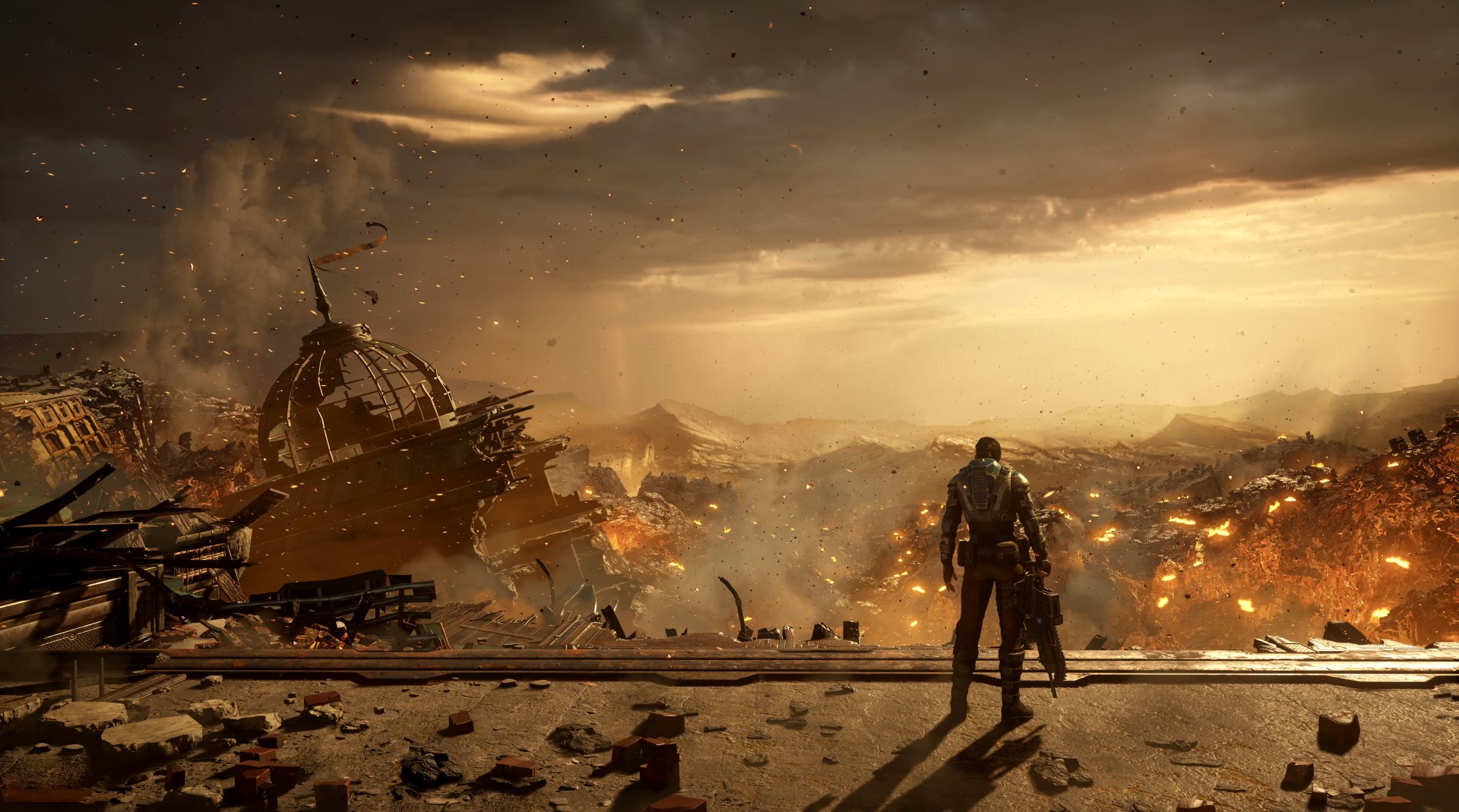 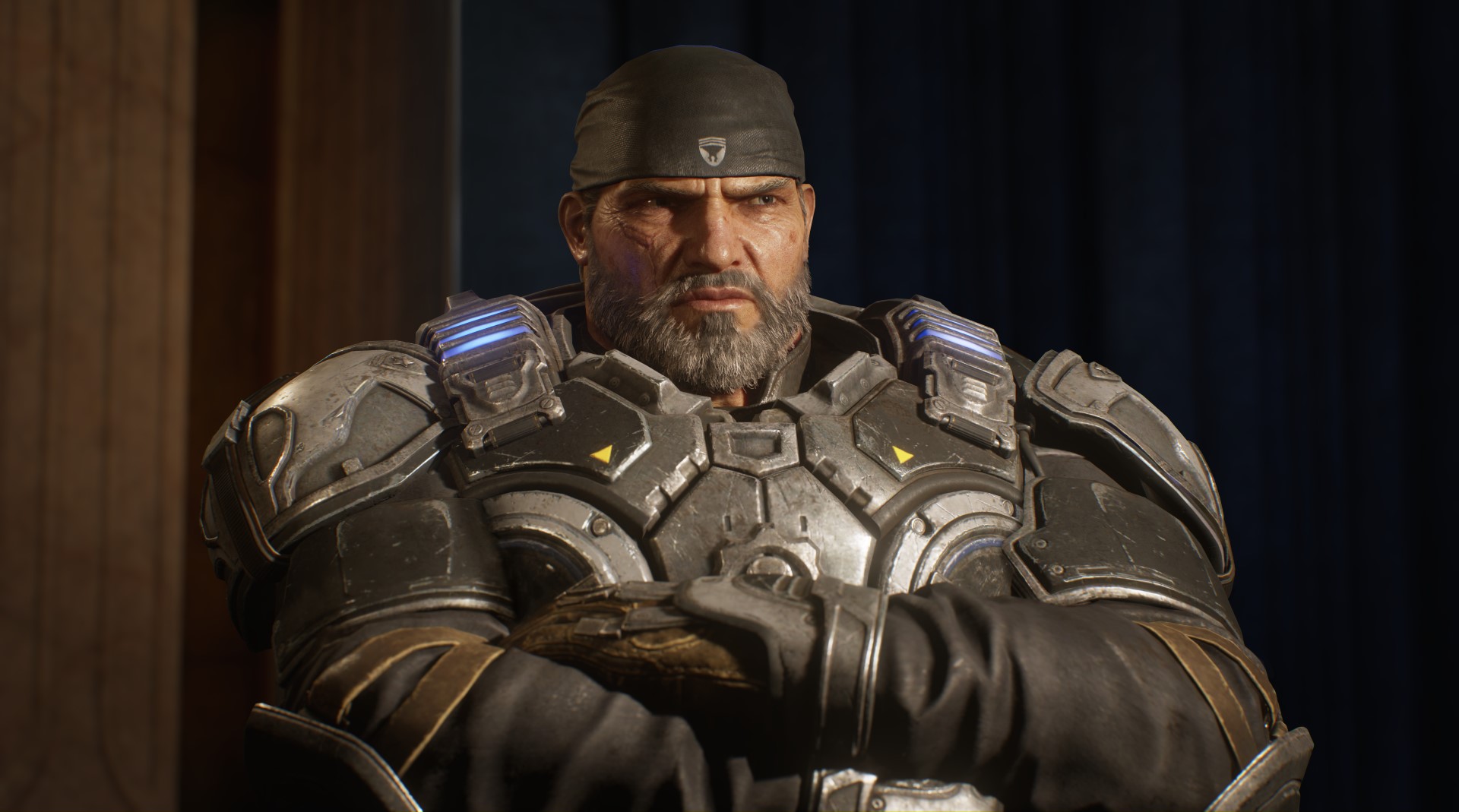 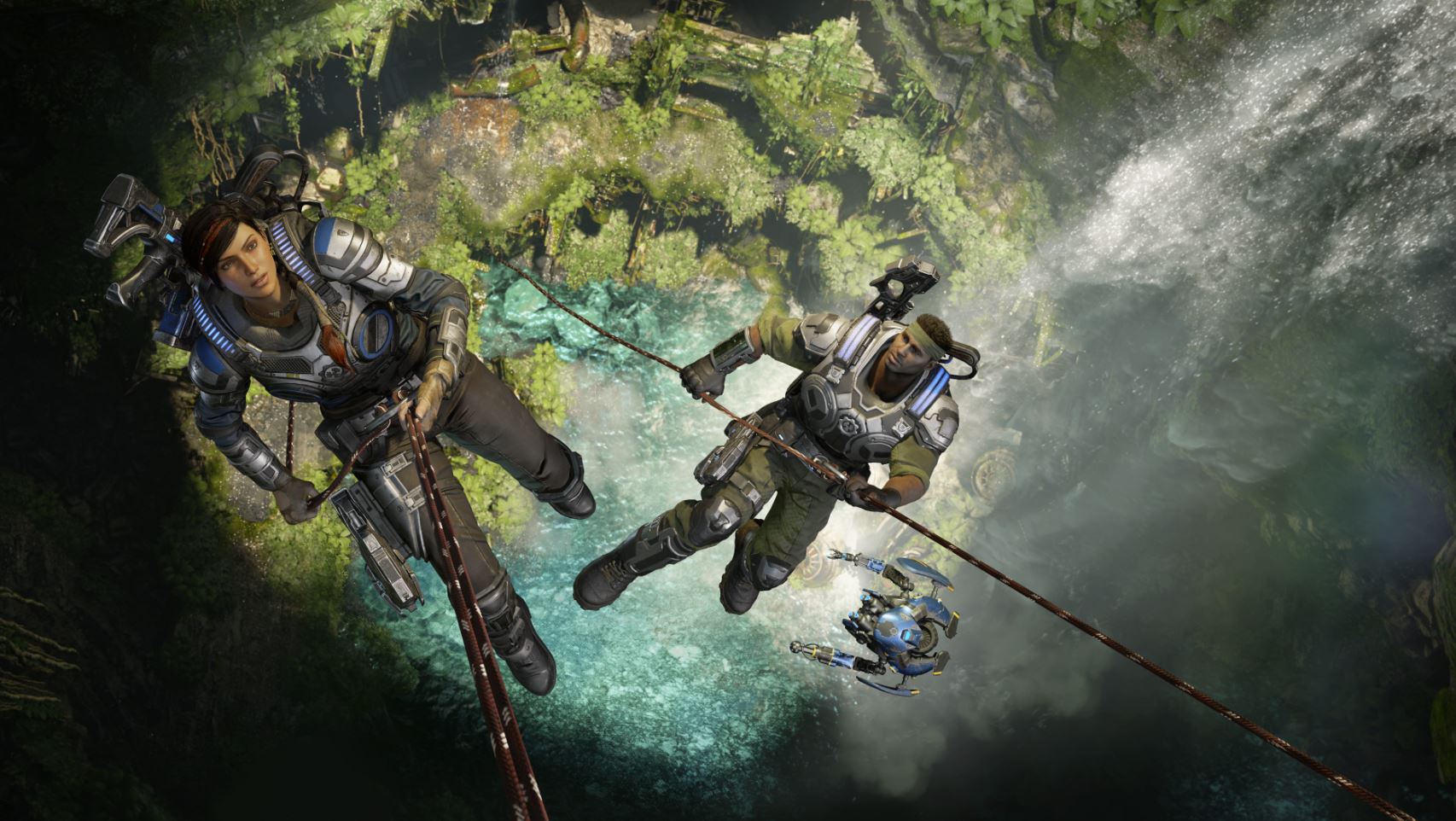 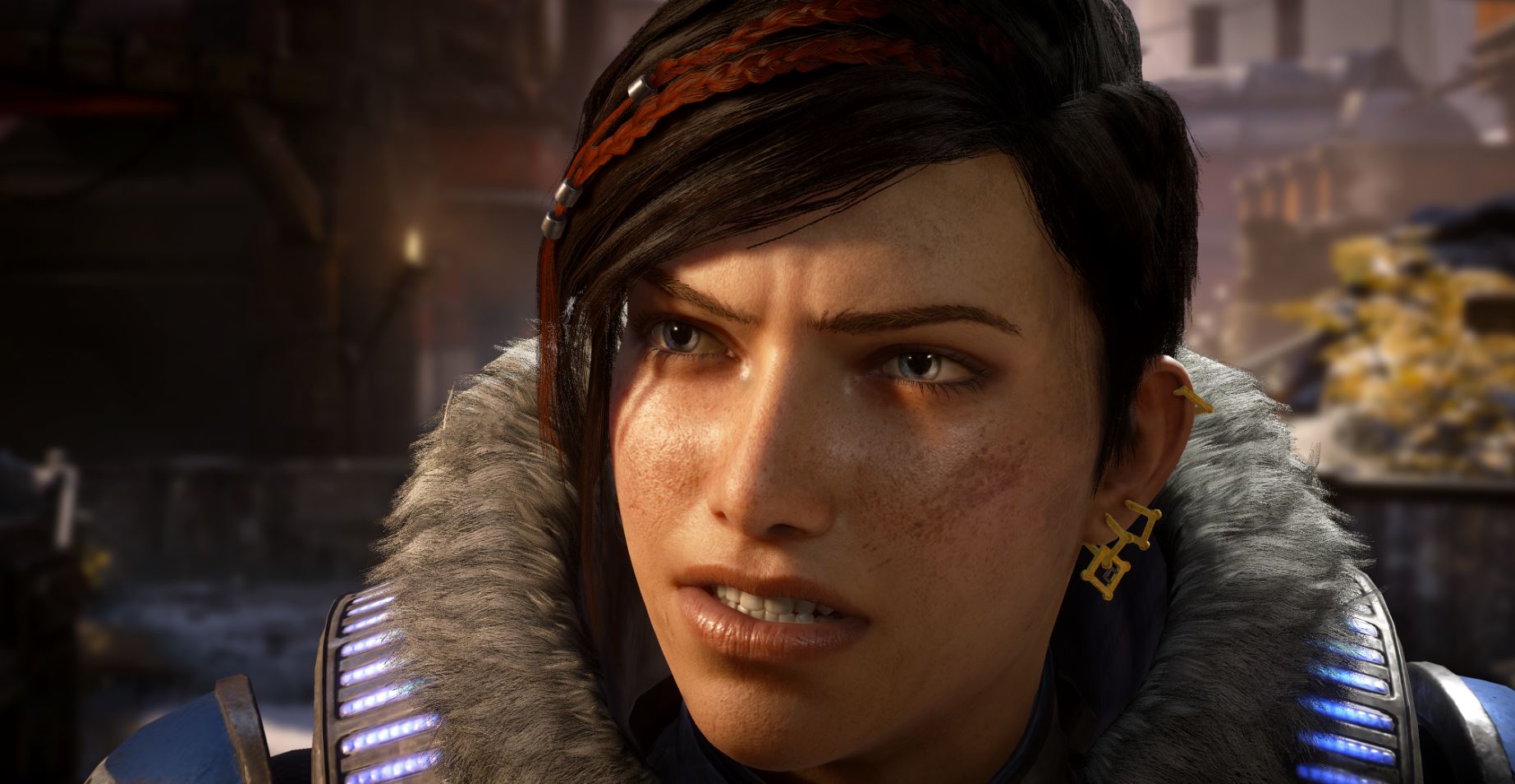 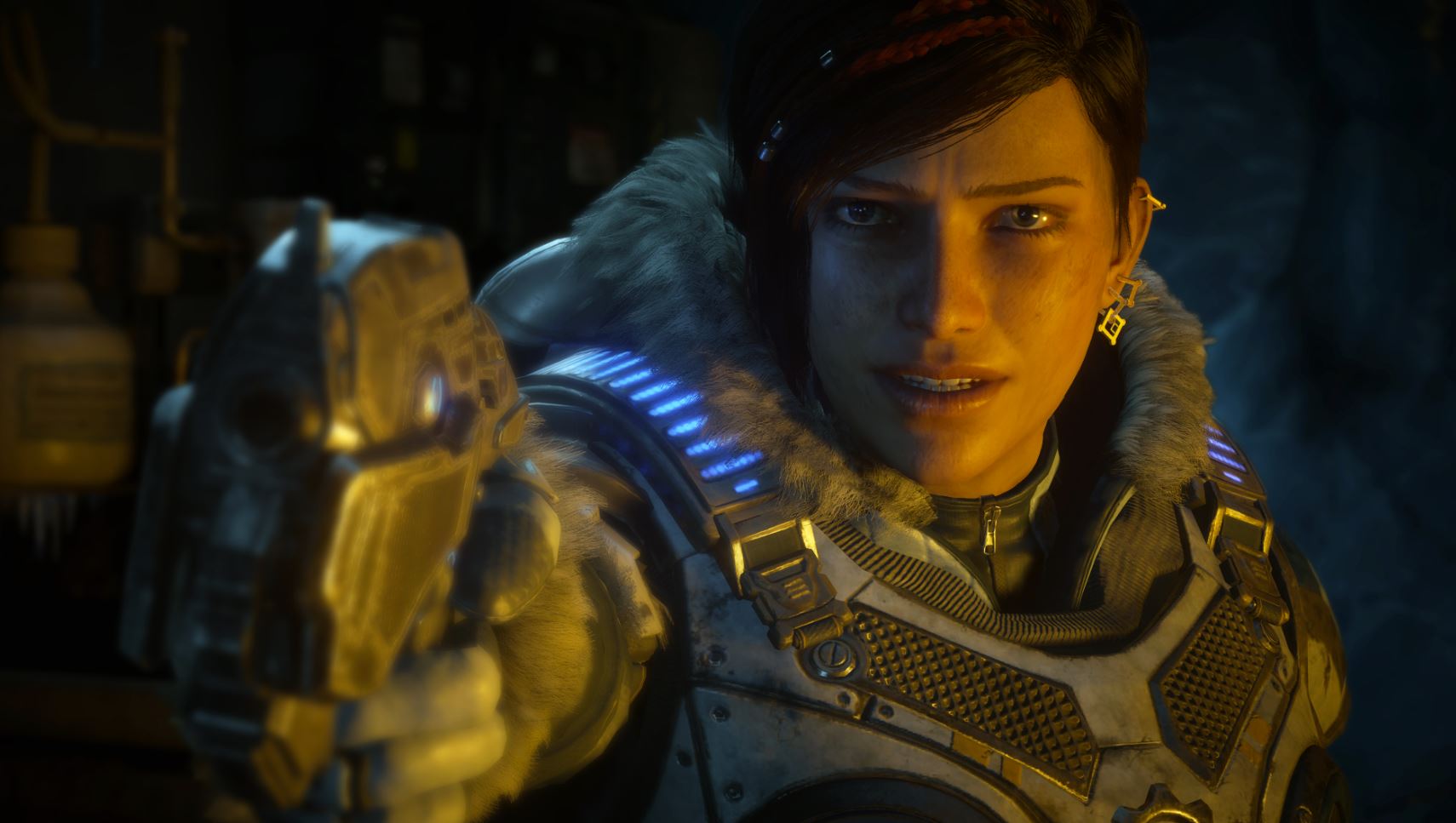