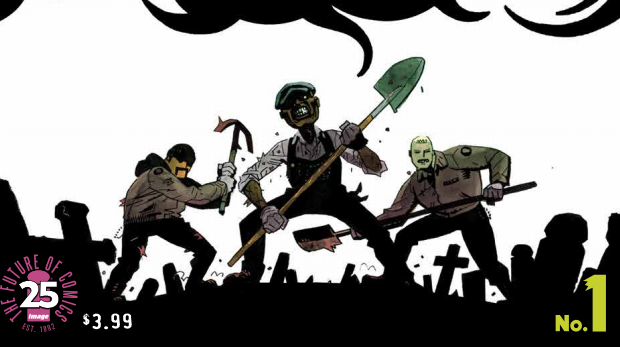 Summary: The apocalypse is here!

The apocalypse is here!

It’s the end of the world, and the only thing standing in the way of total annihilation is the Gravediggers Union.  These slayers of the undead battle wave after wave of paranormal threats, doing their best to protect the world from the increasing attacks. Will they be able to stop this army of doom from swallowing the world, or is it already too late? 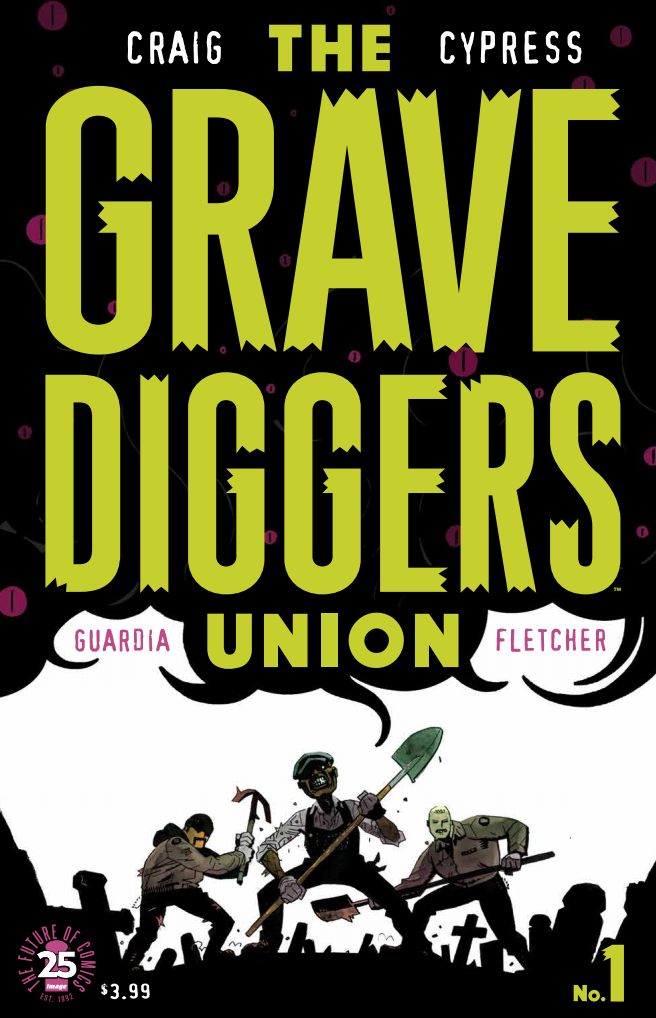 The story jumps straight into action, as we see the unfolding apocalypse occurring around the world. A series of catastrophic events that range from ghost-storms, zombie mobs and vampire attacks dominate the news. But everything’s under control, right? Not quite. Enter, the Gravediggers Union: the traditional slayers of the undead. On the front it’s absolute chaos, as this small band of slayers are overwhelmed by hordes of the undead. We come on the scene, mid-battle, as their leader, Cole, and his personal monster-slaying posse try to stem the tide of killer zombies. Some of them wield shovels, whilst others use bulldozers as they hack and slash their way through this army of the undead. Post-battle, their leader Cole, reflects on the apocalypse, noting that he has begun to notice that the paranormal attacks are beginning to get worse. Small things have are changing for the worse, and after encountering a talking zombie who is wearing a mysterious medallion, Cole comes to an ominous conclusion, with his estranged daughter being at the core of his theory. Running out of options, the Union decide that they may have to rely on the help of witches to unlock this cryptic and troublesome puzzle. 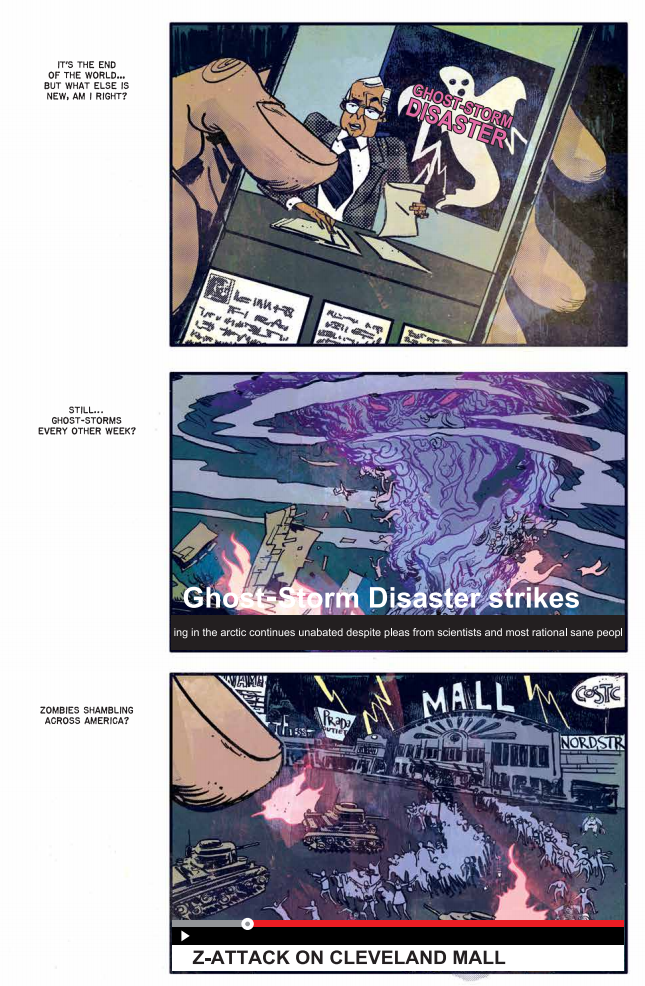 Let’s face it, we have seen a lot of stories out there about those that defend the world from occult, paranormal and supernatural threats. This is not an entirely original concept, so I had my doubts whether I would like this story. I’m happy to say that I was pleasantly surprised after reading the first issue. For me, a lot of the appeal lies in the already established shitstorm apocalypse that has been wreaking havoc across the world. I thoroughly enjoyed this crazy world that Wes Craig has created, and found it to be a nightmare of a situation for the Gravediggers Union to be stuck in. Things are bad, like really, really bad. To make it worse, most of the population is blindsided to the impending doom, as the media spoon-feeds everyone with fabricated news about the apocalypse. People are told that everything is under control, with the reality of the situation dramatically contrasting to this. The world is ending, and this isn’t just some bothersome inconvenience, and the only ones doing something about it are the Gravediggers Union.

There is also the interesting mystery of Cole’s daughter, and her connection to the medallion. Small hints are dropped throughout that makes us question whether she was in fact the cause of the apocalypse. This interesting development has me intrigued, and I’m looking forward to learning more about this in future issues. Cole himself is also a compelling character, coming across troubled from his many years of fighting the undead. He is plagued with distressing symptoms, and he comes across as a broken and damaged man, who is battle-weary and tired. I rather like him and his no-fuss, straightforward way of talking to people. He’s blunt and straightforward, which makes him seem a little callous and tactless towards others. 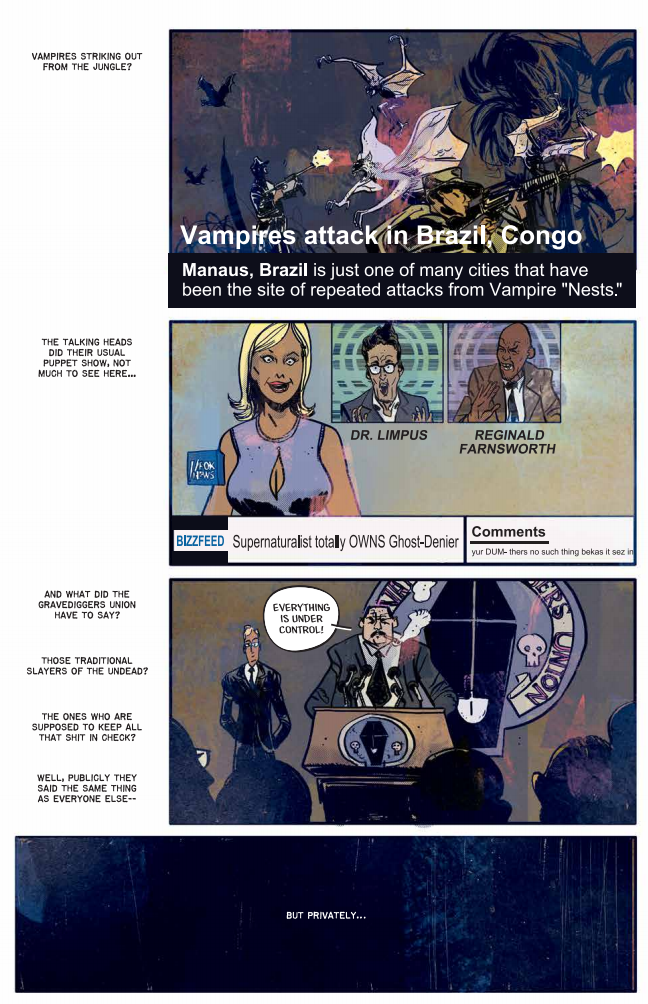 Toby Cypress illustrates this series, bringing with him his dark and gritty art style. His art is chaotic and detailed, perfectly lending itself to this kind of apocalyptic horror story. I particularly loved the intense zombie fighting scene that was filled with wonderfully gross details. Cypress creates some excellent looking zombies, and seeing this twisted horde of grotesque monsters was a feast for the eyes. Though, I have to say the best creature was a hulking abomination called a junk golem, that was insanely epic. It’s chaos on the page, and it all comes together to create a wicked visual narrative. The colourist, Niko Guardia employs a very interesting effect throughout the story. Using subtle colours, he overlays random splashes across the images, creating a somewhat textured and gritty filter-like effect. I found that this technique gave the impression of looking at an aged and worn document. I found it to be unusual and unique, and it works perfectly with the art to create a very original effect. 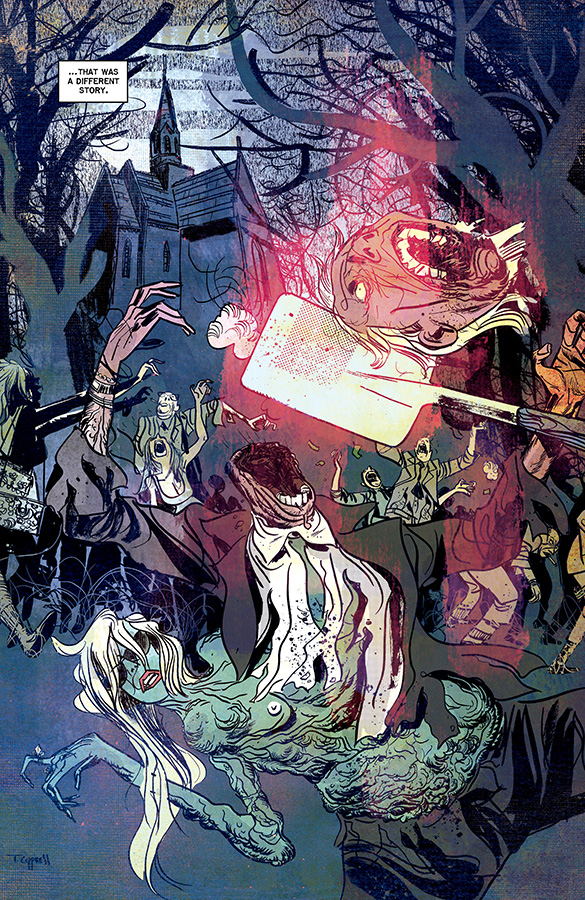 Overall, I found The Gravediggers Union #1 to be a hoot. I was skeptical at first, but once I was introduced to Cole and his gang of ragtag monster slayers, I began to suspect that this comic might be a little different. Wes Craig has my attention, as I’m intrigued with the story and want to know what going to happen next. Horror fans delight, as this is a gritty apocalyptic story, filled with plenty of guts and gore.