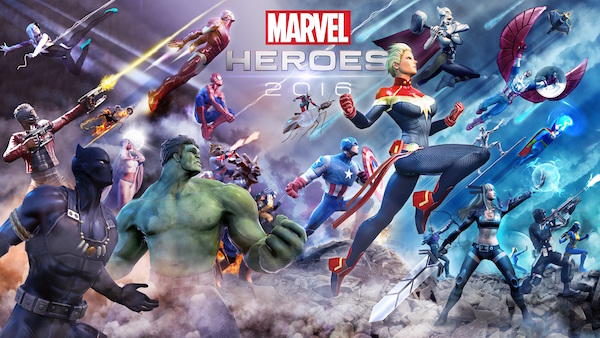 FOSTER CITY, CA — January 29, 2016 — Gazillion, Inc., announced today that its first wave of the Marvel Heroes 2016 initiative – the biggest update to its super-powered free-to-play action-RPG in nearly two years – is now available for download at MarvelHeroes.com and on Steam. Today’s update includes a number of highly requested improvements for PC and Mac gamers, highlighted by the following:

“When we moved from Marvel Heroes to Marvel Heroes 2015, it was to showcase just how much the game had improved since its launch – but it’s had another year and a half of improvements since then, and with today’s launch of Marvel Heroes 2016, the newest additions make it even better,” said Gazillion Studio Director Jeff Lind. “What we’re launching today is just the beginning of what will be the biggest year yet for the game. Our awesome community expects regular updates, and they’ll continue to get those – but it’s the big content drops like today’s first wave of the Marvel Heroes 2016 initiative where the game will really shine. You’ll see these throughout the year, and the best announcements are yet to come.”

Gazillion also recently announced the Advance Pack 3, which includes seven new playable characters for the coming year (Elektra, Green Goblin, Nick Fury, Ultron, Black Bolt, Angela and a hero to be named later) and other in-game items at a discounted price of $59.99 for the Standard Edition. Meanwhile, a $79.99 Deluxe Edition adds in four new Team-Up heroes to be added later this year, such as Spider-Man (Miles Morales) and Ms. Marvel (Kamala Khan), as well as early access to the Iron Spider enhanced costume. Along with all other heroes, both versions of Advance Pack 3 can be purchased at store.marvelheroes.com.