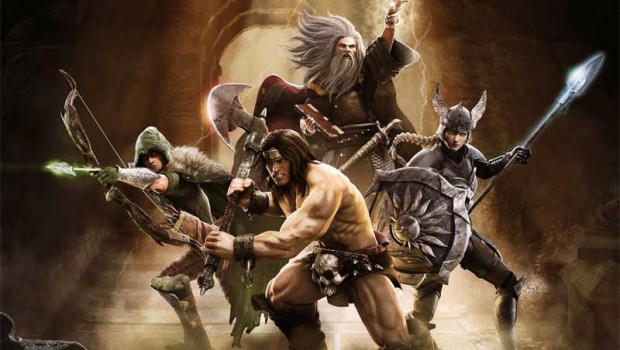 Summary: Gauntlet for PC is a fun walk down memory lane and successfully recreates the best elements of the original 1985 game!

Gauntlet (1985) still holds a special place in my heart and as a kid, I remember filling the Gauntlet Arcade machines with quite a bit of money as we attempted to do the impossible and clear all the dungeons of its nefarious evil. Then came the Commodore-64 version and even then, my friends and I could not successfully clear the dungeons but what it gave us was great memories, peer support and a powerful induction into gaming. Sure, there’s been other Gauntlet games since then but none have reached the same level of the original arcade game. 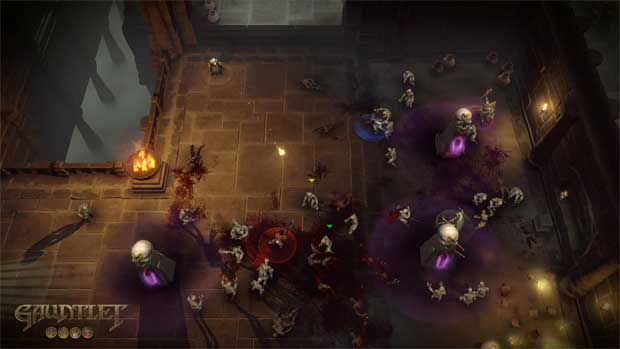 However Arrowhead Studios have gone back to basics and released a new incarnation of the game on PC that is very reminiscent of the original arcade game as players are once again introduced to the legendary warriors named Thor (The Warrior), Thyra (The Valkyrie), Quester (The Elf) and Merlin (The Wizard) in this top down arcade action hack ‘n’ slash. The game also supports the gamepad which is far superior to the fiddle some keyboard/mouse and creates a better arcade experience. The gamepad even boasts a twin-stick shooter element of Quester and Merlin which is quite fun and harkens back to the original. Merlin is also the most complicated character to control as he has access to nine spells which can be a little tricky to navigate but once mastered, it works very well. 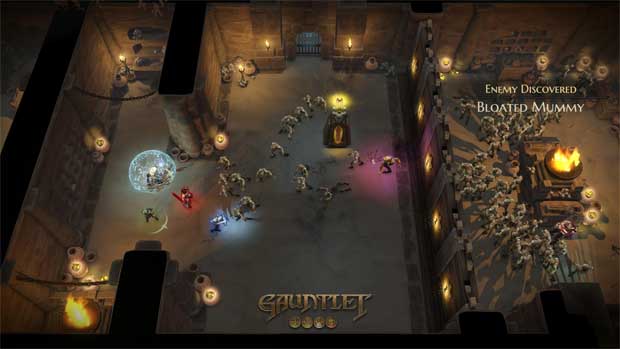 Unlike the original, the game features a fun levelling system that allows you to upgrade these characters which is definitely needed as you ascend the deadly dungeons. Depending on who you choose, each of the four warriors have their own pros and cons such as Thor being the strongest but slowest character who uses melee attacks, whereas Questor the Elf is faster, uses a ranged attack but cannot take the same damage as our warrior. Thyra is probably the most balanced character, especially with her shield that can not only block attacks but it can be thrown like Captain America’s shield.  Then you have Merlin, the Magician who is the most powerful of the lot but needs additional protection to survive. 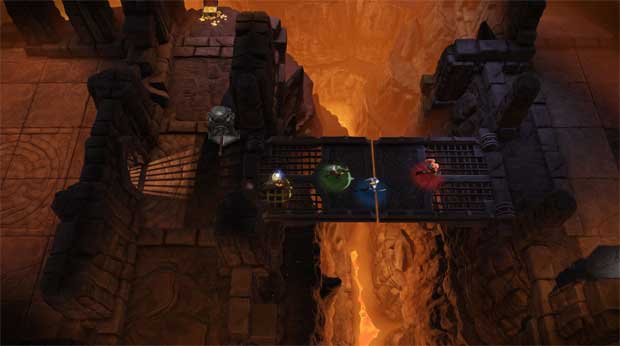 This 2014 incarnation of Gauntlet promotes team-work and the game is far superior with other people. Apart from your varied attacks, there’s plenty of looting to be found in Gauntlet that harkens back to the original as you find gold, potions and equipment to improve your survival rate. With the gold you found, you can purchase special power-ups for your characters that is ideal for those tougher boss battles. The game can even be played locally but where the fun is to be had is online. Creating games or joining games is no issue but like the original, you can’t have multiple characters of the same class. 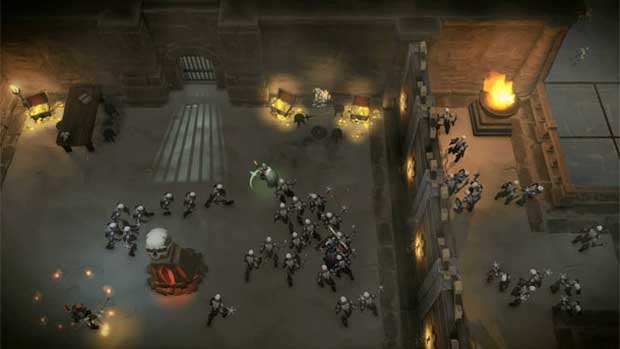 The gaming environment is also very reminiscent of the 1985 game and combat is not just one against one or a small group of enemies but rather, your warriors face a hoard of enemies that sometimes fills up the screen. It can be quite chaotic at times, especially as you hit the attack buttons on your gamepad and try to navigating your way through the mess of evil. Trying to cut, shoot or spell your way to a generator that creates this monsters can be a challenge but is quite rewarding. Also, like the original, there’s also plenty of bosses to fight and lots of bonuses to be found that are sometimes in hidden rooms. In terms of boss battles, you do need to change your tactics when you encounter them which does add an additional layer of strategy to your gameplay. 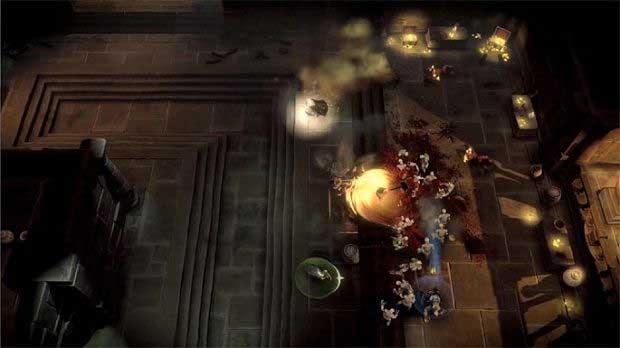 Although graphically the game pays homage to the original, it does feel a little Spartan at times and many of the levels have a similar feel but just with a different colour palette. Personally, I would have preferred if this incarnation of Gauntlet was more stylised as it feels a little static at times. There is however some nice lighting and special effects, especially when Merlin casts his magic. Nonetheless, it does work well with the gameplay but it just needs to be chunkier like the original. Another cool aspect about the graphics is that when you’re playing with other people, the screen is static to everyone which is like the original arcade machine and is a nice touch. The musical score features that awesome Gauntlet soundtrack with all those classic Gauntlet sound effects. It even boasts a booming voice like the original which definitely brought back good memories. 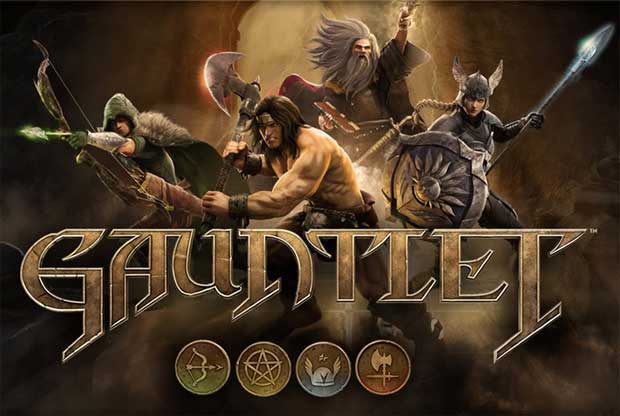 Gauntlet is a fun game when you can find others to play and this modern interpretation successfully combines the best elements of the original and throws in a few 21st century twists. The biggest letdown of Gauntlet for me are the graphics which does seem a little basic. Thankfully the gameplay works, especially in four player co-op and if you’re looking for a great walk down memory lane, than Arrowhead Game Studios definitely delivers one of the best interpretations of this classic arcade game.