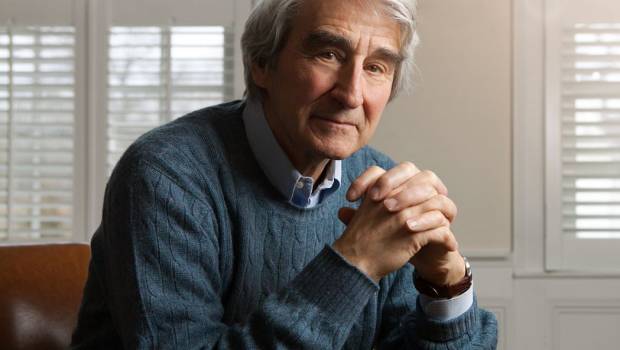 GATSBY IN CONNECTICUT: THE UNTOLD STORY – The Real Story Behind Fitzgerald’s “The Great Gatsby” 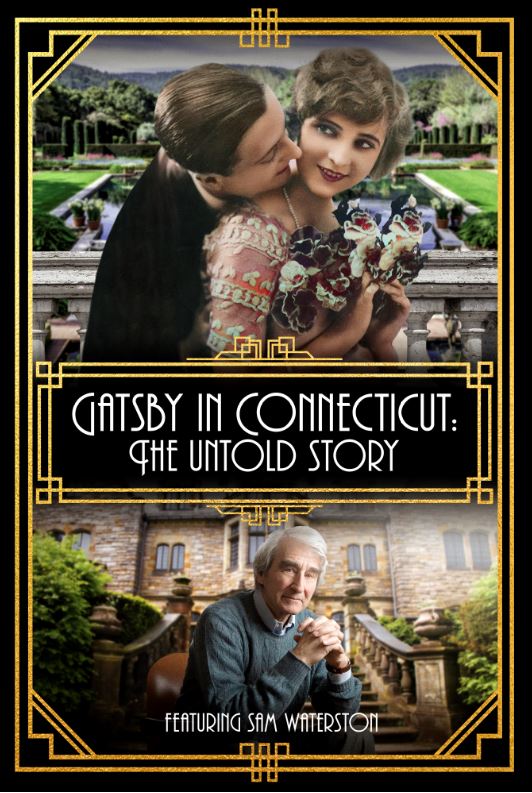 Who was the real Jay Gatsby? Could the inspiration behind F. Scott Fitzgerald’s literary masterpiece “The Great Gatsby” be found not in Long Island, New York as has long been believed, but in Westport, Connecticut? Presented by Vision Films and Against The Grain Productions, Robert Steven Williams’ Gatsby in Connecticut: The Untold Story challenges everything literary scholars have known about the story behind the classic novel with astonishing new evidence and in-depth interviews. Featuring Sam Waterston (1974’s The Great Gatsby, Law & Order, Grace and Frankie) and narrated by Keir Dullea (2001: A Space Odyssey, The Good Shepherd), Gatsby in Connecticut: The Untold Story will be available on DVD and streaming platforms on September 1, 2020.

Gatsby in Connecticut: The Untold Story was inspired by the 1996 New Yorker article by Barbara Probst Solomon, which unveiled her theory that the West Egg in Fitzgerald’s “The Great Gatsby” was not based on an actual place in Long Island, but rather Westport in Connecticut which held a special place in Scott and Zelda’s hearts. With this revelation, it seems as though the question of who the real Jay Gatsby was could finally be answered and the true eccentric millionaire behind the parties is just as intriguing as Fitzgerald’s hero. Williams’ film has shone a light on Probst’s article and with his extraordinary research and astounding discoveries has convinced and astounded Fitzgerald fans and scholars. Scott and Zelda’s granddaughter, Bobbie Lanahan, who also features in the film, is included in those who have been amazed at the findings.

Legendary actor Sam Waterston, who portrayed Nick Carraway in 1974’s The Great Gatsby, says “This film does an excellent job of capturing an important aspect of Westport’s literary history and it helps to establish the town’s rightful place in Fitzgerald’s legacy.”

The untold story of the summer Scott and Zelda Fitzgerald lived in Connecticut which inspired one of the world’s most beloved novels: “The Great Gatsby”. Everyone knows the book, the films, and series, but who knows the truth? Track down the mystery millionaire who threw extravagant parties, uncover new evidence of the location and players, and dig deep to discover the real-life Jay Gatsby himself.

“Initially I thought this was just a three-month project to document the Fitzgerald’s Westport period for the local historical society,” says director, Robert Steven Williams. “But as we dug deeper, we realized how important the Westport period was to both Scott and Zelda. Along the way, we uncovered academic secrets and a lawsuit to stop the leading Fitzgerald scholar from rewriting parts of Gatsby. Most important, we were able to bring to life an overlooked period of Scott and Zelda’s that had a profound impact on their lives including their art, the novels, their love.”

Gatsby in Connecticut: The Untold Story will be available on September 1, 2020, on DVD from all major online retailers and on digital for an SRP of $4.99 – $9.99 from platforms including iTunes, Vudu, Google Play, Xbox, Amazon, and FandangoNow, as well as cable affiliates everywhere.

The film acts as a companion piece with the book “Boats Against The Current”, written by Gatsby in Connecticut: The Untold Story’s executive producer, Richard ‘Deej’ Webb Jr. and featuring the foreword by Robert Steven Williams.

“Scott and Zelda Fitzgerald were larger-than-life individuals and director Robert Steven Williams was able to capture the excitement and decadence of the roaring 20’s in Gatsby in Connecticut: The Untold Story,” says Vision Films CEO/Managing Director, Lise Romanoff. “The history behind one of the world’s most beloved books and films, “The Great Gatsby”, is so intriguing that this incredible documentary will not only be loved by Fitzgerald and literary fans, but by anyone who has an interest in American history.”