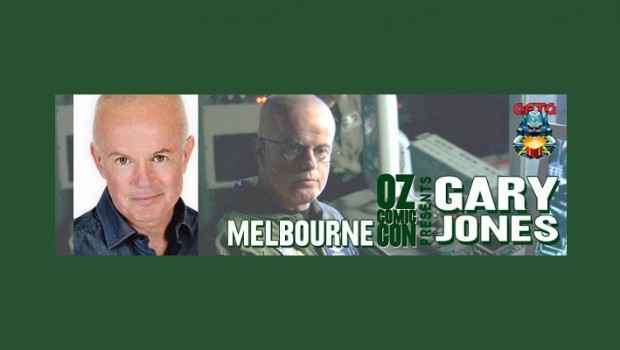 GJ:  Hey, everybody! So stoked to be invited back to Oz. I’ve been here twice before so three time’s the charm although the other two times were super-charming, too. I love telling people that I’m going to Australia for the weekend. They think I’m mental. When I was 10, my family emigrated from Wales to Canada. We came over on a Russian ocean liner called the Alexander Pushkin. It took 9 days. My aunty and uncle tried to come to Canada with us but my uncle couldn’t get a job sponsor so they ended up going to Perth. For a couple of families from tiny Wales, it was a massive undertaking, the 1968 version of going ‘off-world.’ Here I am now, years later, jetting to Melbourne for the Oz Comic Con weekend and thinking that’s totally normal! And by the way, when the SG:1 team came back from a mission, no-one ever talked about jetlag. Did you ever hear Teal’c talk about how much of a nap he needed? 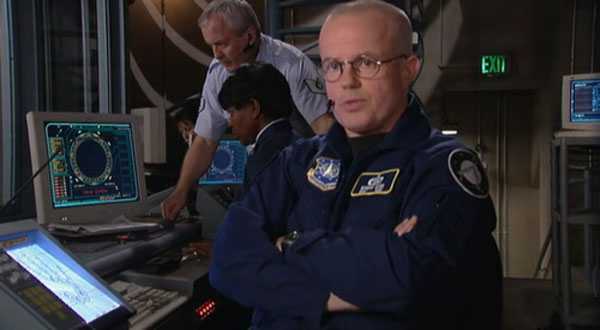 What are you looking forward to most (apart from Oz Comic-con) during your visit?

GJ:  The Oz people kill me. Super-relaxed. Nothing bugs them. It’s a great energy to be around. I also love the city of Melbourne. I’ve been here once before and it was awesome. My last trip to Oz was in Brisbane and Adelaide. The other thing I remember about my trip to Melbourne was that it was the first time I tasted kangaroo. I went back to the same place and had it every night. Delicious. It was pretty surreal to get handed a menu and see the word “kangaroo” on. Hope to have it again.

Cons are the perfect place where the worlds of fans and stars can meet. With that said, what is your funniest Con story?

GJ:  Jesus, where do I start?  The con world is one that takes a bit of getting used to. The fans are awesome but it’s a bit overwhelming when you first get into it. Probably the one incident that stands out for me was the first con here in Vancouver that I got invited to. I kept trying to talk the organizers out of bringing me because I assured them that no-one knew who I was. They, in turn, assured me that I was wrong. I walked into the hotel lobby and it was like Beatlemania. The fans turned and screamed when they saw me and ran towards me. I was stunned. Then later I told the head of security that I needed a bathroom break. He grabbed two other volunteers and the three of them escorted me through the hallways, keeping fans at bay. I was like, “Whaaaaaaaaaaaaa?” The head of security then entered the bathroom ahead of me, checked that all the stalls were empty and then assured me that I was “Good to go.” I then stood at the urinal while he stood nearby. It was completely surreal and hilarious.

To fans ever talk to you about Chevrons?

GJ:  No. They talk to ME about them. Before I became the character of Chief Master Sergeant Walter Harriman, the fans dubbed me, “The Chevron Guy.” How awesome is that? Sci-Fi fans are the best. It’s like, “You don’t have a name yet? We’ll give you one, then.” And I am always asked to list off the Chevron encodings ending in “Chevron Seven Locked!” Fans just go nuts when they hear that and see me do it in front of them. I’ve been asked to speak it into somebody’s phone so they can have it as their ringtone. 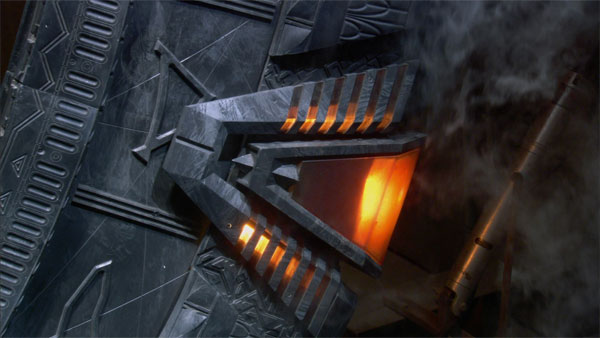 Without cheating, do you still remember the Chevron code to Earth?

Speaking on Cons, what about Oz Comic-con, what are you most looking forward to there?

GJ:  The New Zealanders. And the fact that I will finally be sharing the stage with Richard Dean Anderson, a guy whom I haven’t seen in years and who is single-handedly responsible for raising the profile of Walter’s character.

You’ve been involved in Sci-fi for quite some time, were you a fan of this medium before you started acting?

GJ:  No. I started out as a comedian and fell into Stargate and the world of sci-fi. One of my all-time fave movies is ALIEN and I’ve seen it a million times, even with my 12 year old son. I think I made him watch it. Bad dad. Anyway, that was the extent of my love for sci-fi. But I’ve since come to enjoy it more and it’s really cool being around fans that are passionate about it. Kind of rubs off.

Stargate! You played Walter Harriman in all the various incarnations of Stargate, what did you most like about this character?

GJ:  What was most fun about playing Walter over all those years was how the writers began to sneak in my comedian background. They started writing me funny stuff and the other actors loved it too. Also, I decided that I would act the part of Walter as if the Stargate was like me going to work at Kinko’s and sometimes the main photocopier broke down. Basically, another day at the office. That was fun.

What was your favourite moment in the Stargate series?

GJ:  When I got hired. I’m assuming that was everybody’s favourite moment, too.

On the television, the Stargate room looked amazing. What was the “stargate” made of and is it more difficult acting when you have to “make believe” opposed to some of your more grounded roles?

GJ:  Yes, the room was amazing. The Stargate was made of metal it worked and made a screeching, scraping sound when it revolved. No, the acting is not more difficult than other acting. Most of my acting was with a blank computer screen so I just thought about being at home and the stress I felt at not being able to shut down ‘Windows.’ I just went there and I guess that anxious look came over my face. That’s all it was really.

Stargate SG1-1 was a monumental sci-fi that not only lasted for 10+ years but also spun into movies and other series. Why do you think fans related so well to this series?

GJ:  Because everybody has a secret desire to walk up a ramp and, within seconds, travel to a far-off land without having to check any baggage. Or have to make a connection in Salt Lake City. I also think that even though it was a sci-fi action show, it was really a show about human interaction and other cultures. The combination of Jack, Daniel, Sam and Teal’c kind of covered every aspect of the human experience. Somebody, somewhere watching the show would relate to one of their reactions. I hear from lots of fans that thank me for bringing the ‘everyman’ element to my character of Walter. My sense from that is that secretly, people thought, “Yeah, that’s what I would do, too,” when my character reacted to situations. The fact that the Stargate was buried way down in Cheyenne Mountain made it all seem actually possible. People connected to that. Lots of people believe that there are aliens stored somewhere in Area 51. So, is it such a stretch to think the military would hide a Stargate? I remember listening to Steven Spielberg once talk about filming ‘Jurassic Park.’ He spoke about the plausibility of cloning dinosaurs and how much people would buy that concept. Then he spoke about how brilliant Michael Crichton was to come up with the idea of dinosaur DNA being found in pre-historic mosquitoes that were encased in drops of amber. He said that that idea was the link that was ‘scientific enough,’ for people to think that it could actually happened. We already have cloning going on in our world based on DNA strands. So to then go to the idea of that happening with dinosaurs is actually not such a stretch for people. Same with the Stargate. I think the link in people’s minds to the Stargate would be the fact that most people believe that the military hides stuff from us. There are so many films and TV shows about that so when the Stargate shows up in a military bunker, viewers go, “Yeah, I thought so!” It’s ‘scientific enough.’

GJ:  Yes. Of course. He’s in the military and so there’s that call to adventure. I think Walter had come to terms with the fact that he played a crucial role in the Stargate adventures but with out getting out of his chair.

Who do you miss most from the old gang?

GJ:  The guy who signed my cheques. 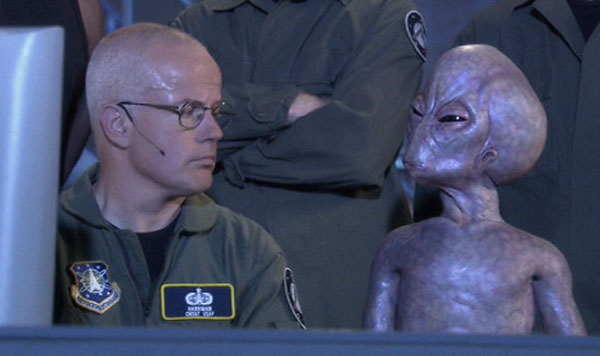 Hollywood love making remakes! Out of all the series and movies you’ve acted in, which one do you believe would make the perfect remake and why?

GJ:  I can see from my calendar that it holds July all the way through to December. I think it’s like that for most of us.

Thanks for your time Gary and all the best for your trip in Australia!

GJ:  You are more than welcome. I’m looking forward to showing up and I promise, this time I’ll wear pants.