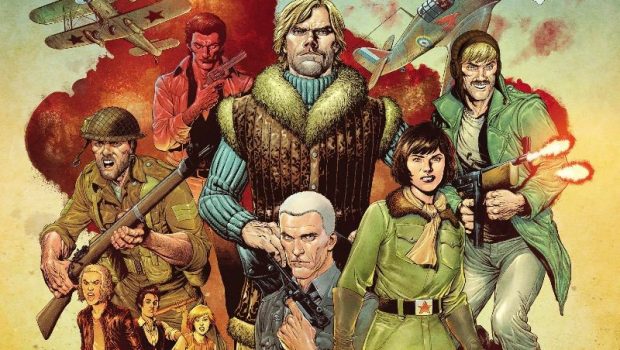 Garth Ennis to head up BATTLE ACTION signings in June

Writer Garth Ennis will head up two special signing events in the UK to mark the direct market release of the Battle Action Special from Rebellion Publishing.

The 96-page hardcover special (Diamond code: APR221759) lands in comic book stores in June in the UK and July in North America. It features seven brand new stories – all written by Ennis, the mind behind The Boys, Preacher, and war comics such as The Stringbags and Sara  – reviving some of the most popular strips from the groundbreaking and highly influential Battle and Action comics from the 1970s. 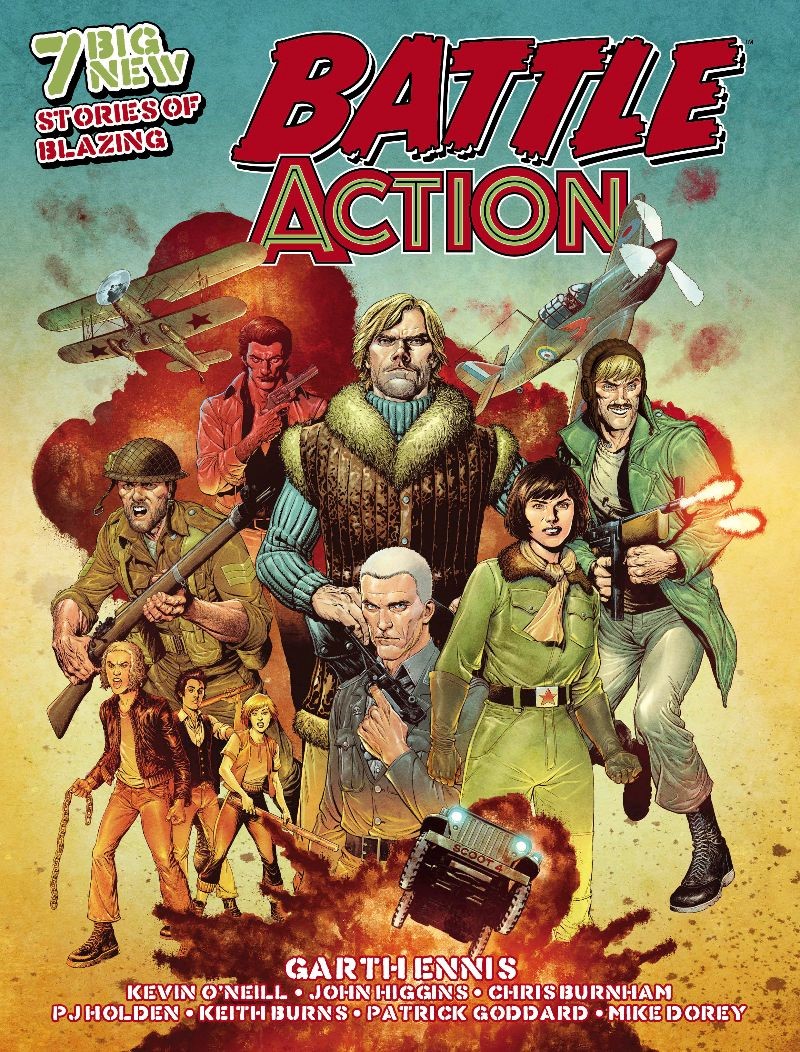 Ennis will be joined by just some of his collaborators on this landmark hardcover, which captures the spirit and action of the originals that helped change the comic book industry forever.

Ennis will then be a guest at the Enniskillen Comicfest in Northern Ireland on Saturday 18 June. Taking place at St Macartin’s Cathedral Hall, Halls Lane, Enniskillen from 10.30am until 5pm, Ennis will be joined by Mike Dorey, and artists Keith Burns, PJ Holden (The Stringbags) and Patrick Goddard (Judge Dredd).

Battle Picture Weekly was where the revolution in British comics began. Created in 1975 by writers and editors Pat Mills and John Wagner, it introduced new grittiness into comics with its cast of anti-heroes and misfits. Its bombast and energy sparked a sea-change in what comics could do, leading to Mills creation of the controversial Action and the globally influential 2000 AD.

The Battle Action Special celebrates the merging of this landmark title with its controversial stablemate, Action, a combination that took the two comics to even greater heights. Now, forty years after the original, some of the cream of British comics talent are bringing these classic characters back to life.

Behind a brand new cover by Andy Clarke (Batman and Robin) and Dylan Teague (Madi), artist Kevin O’Neill revisits Kids Rule O.K., the highly controversial strip by writer Tom Tully and artist Mike White that saw Action ripped from newsstands and pulped in 1976, then heavily censored for its all too brief return. Fresh from the end of his acclaimed League of Extraordinary Gentlemen series with Alan Moore, O’Neill brings his visceral and intense style to this tale of kids gone wild in a post-apocalyptic landscape, while wryly commenting on the political storm that erupted during its original run.

Meanwhile, take to the skies with artist Keith Burns and colourist Jason Wordie, and witness the air duel of the century as ace fighter pilot Johnny Red faces off against Nazi airman Skreamer of the Stukas.

Blunt instrument of British Intelligence Dredger returns and doles out justice – of a kind – on the mean streets of 1980s London, courtesy of John Higgins, with co-colours by Sally Jane Hurst.

Take on the 100mph madness of Crazy Keller by Chris Burnham (Batman) and colours by Len O’Grady, before meeting Captain Nina Petrova, whose all-woman bomber squadron wreak havoc on the Eastern Front, with art by Patrick Goddard and colours by Jason Wordie.

And roll out into Italy in the heat of 1944 with The Sarge as Ennis reunites with The Stringbags artist PJ Holden.