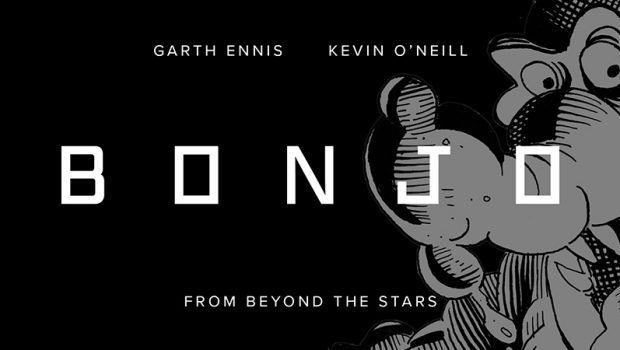 It’s the sequel no-one wanted and which authorities did everything they could to prevent – but the corpulent giant alien Bonjo From Beyond The Stars has escaped and is lurching back into the pages of 2000 AD!

Prepare for a brand new tale of bilious chaos and comical carnage written by Garth Ennis (Preacher, The Boys) and drawn by the legendary artist and original Bonjo creator Kevin O’Neill (Nemesis the Warlock, League of Extraordinary Gentlemen) – coming to the bumper Christmas issue of 2000 AD!

The strip marks O’Neill’s return to 2000 AD since drawing the concluding episode in 2000 of Nemesis the Warlock, his and Pat Mills’ groundbreaking series that began in 1980 and sealed O’Neill’s reputation as an artist of extraordinary skill and imagination.

However, Bonjo is no brave alien freedom fighter but a giant, idiotic alien with a voracious appetite who eats everything he comes into contact with! He now returns – unbidden, unwanted, and unfiltered – to 2000 AD in a gross, madcap and filthy new story that will have readers spraying invective with and at every page!

When Tharg heads to a publishers’ conference and leaves the droids in charge, few expect the chaos that ensues when something emerges from the old filing cabinet marked ‘Progatory’, where old Thrills are supposed to go to die…

Garth Ennis said: ‘Bonjo’s been stuck in my head ever since I first read his adventures back in 1978 – the character himself is adorable, his supporting cast is inspired (M.A.C.H. Sponge, M.A.C.H. Elephant and the heroic M.A.C.H. Aardvark), but the dialogue is simply irresistible: “Darn it- solids in the bile tube again! Have to mash it back down!” and the unforgettable “Uuur, what for you stick plunger up hooter?” A question well worth pondering; I find myself remembering that one almost daily.

‘The story features Bonjo reappearing at the worst possible time in the worst possible way, as a money-hungry Tharg tries to impress other publishers with crossover possibilities featuring the Galaxy’s Greatest. What’s that stirring in the bottom drawer of the old King’s Reach Tower filing cabinet? Why should you never play poker with the VCs? And will Tharg’s droids save the day, or will they make things catastrophically worse?

‘Kev and I had a hoot with Kids Rule OK in the Battle Action special, and I was delighted when he got in touch about doing another short story. Bonjo immediately came to mind- it’s not quite my first exposure to his work, which pops up all over the early progs, but it’s close enough. Bonjo provides a nice opportunity to talk about embarrassing old concepts that emerge right when you don’t want them to- which let’s face it, is something that makes everyone laugh.

Kevin O’Neill said: ‘In space nobody can hear you- laugh! But Mad #215 used it: so BONJO 2: THIS TIME IT’S WARM! Kevin and Garth reboot unwanted, unloved and unburied page filler nobody asked for – took the Galactic Groats and ran.’

Matt Smith, editor of 2000 AD, said: ‘For the last forty-four years, Squaxx dek Thargo [readers of 2000 AD] had thought their progs were safe, that they’d seen the last of the interstellar menace. But he’s back, and not even Tharg can stop him. Bonjo From Beyond the Stars has returned in ‘Solids in the Bile Tube’, a thirteen-page story for the Xmas prog brought to you by Garth Ennis and Kevin O’Neill – and yes, it’s every bit as anarchic, filthy and bowel-looseningly funny as you’d expect. Few Thrills get as moist as this one, Earthlets.’

The original short humour strip, published over ten episodes between 1977 and 1978, was inspired by the humour titles of 2000 AD’s then-owners, IPC – including classic series such as Ken Reid’s ‘Faceache’. 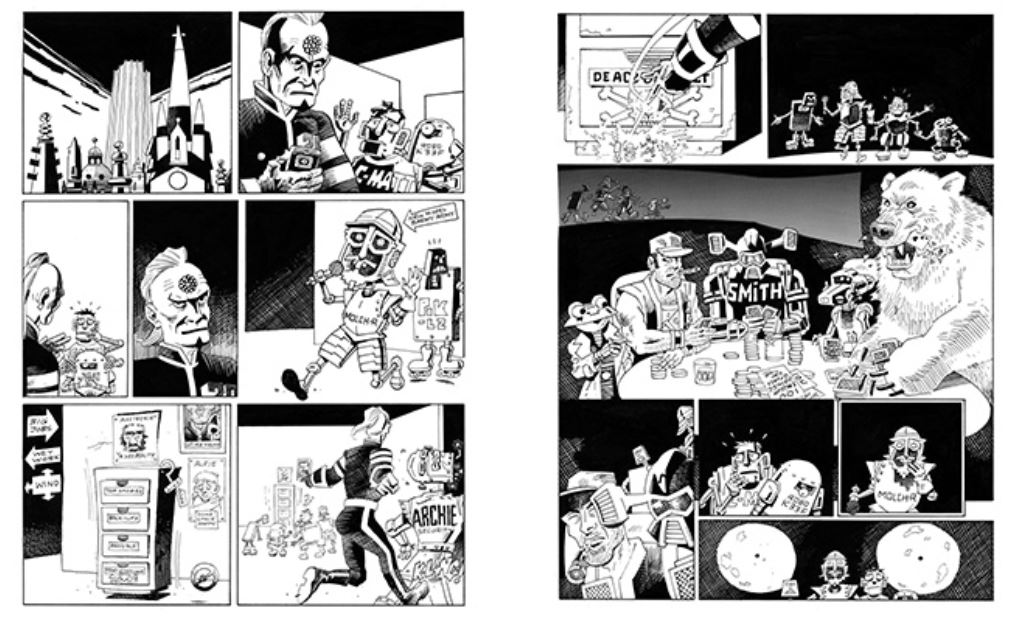