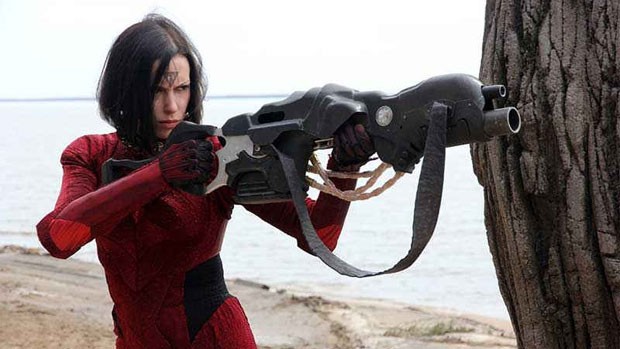 Summary: Garm Wars The Last Druid is very over the top but somehow works with its stylised CGI and strange characters. It's human anime!

Directed by the legendary Mamoru Oshii (Ghost in the Shell), he returns again to the world of live-action with his latest jaunt, Garm Wars The Last Druid and is his first English-language film. The film also stars Aliens’ very own Lance Henriksen who adds that Hollywood element to this over the top action fantasy. Given that, Garm Warms is not a Hollywood blockbuster and far from it actually but somehow the stylised CGI actually works with the live-action sequences, even with the overtly over the top story. However for me, I actually enjoyed the plot development and visiting this strange hybrid universe. 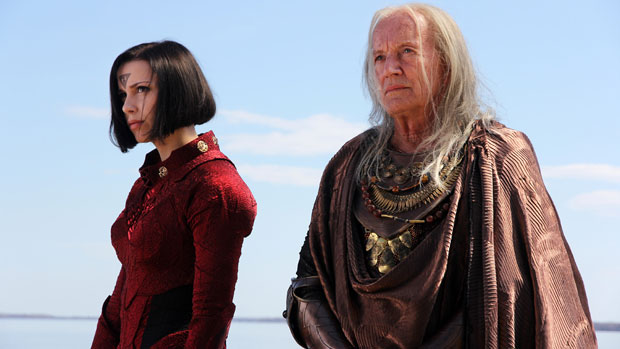 Set in this fictitious fantasy world of Annwn, Garm Wars revolves around three warring tribes (the Briga, Columba and Kumtak) who are forever battling each other but there is a twist. When one of these warriors is killed, their essence and persona is transferred into a new body. It’s quite an interesting premise that adds a strong science fiction feel to the story. The protagonist of the film is Kara (Melanie St-Pierre) who is with the Columba tribe and is totally badass. Although there is a truce between the Kumtak and Briga, one of the Kumtak’s “defects” to the Columba who is Wydd and is played by Henriksen who has really been made for this character. Wydd also has two travelling companions that are steeped in the planet’s mythology which include a godlike Druid called Nascien (Summer H. Howell) and the Gula which are basically sacred Basset Hounds. 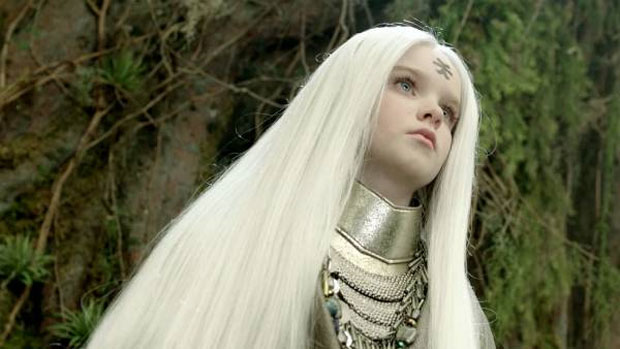 These unlikely companions then head towards an ancient part of the planet in order to find the answers that they are seeking and thus begins their adventure. There’s some interesting dynamics in the film and the characters have a relatively interesting rapport. However at times, the story does become a tad confusing which isn’t helped by the sometimes over the top dialogue. Nonetheless, exploring this world of science fiction, ancient mythology and “clones” is a fun investigation of this world. In terms of actors Melanie St-Pierre is excellent as this powerful female protagonist and Lance Henriksen is a little type cast as the mysterious Wydd. One slight issue with Garm Wars is that many questions are left answered by the films ending and hopefully we will see a follow-up because the universe and world-building is quite interesting, even with the almost video game CGI.

As mentioned, the CGI employed in the movie does look a little dated and is reminiscent of those video games from the 90’s were they linked live action with computer environments and special effects. However the colour palette helps disperse this a little and this world is quite interesting, even though at times it is a little laughable. Nonetheless, it’s well presented on Blu-ray with some decent video quality and of course a thumping soundtrack with good audio levels. 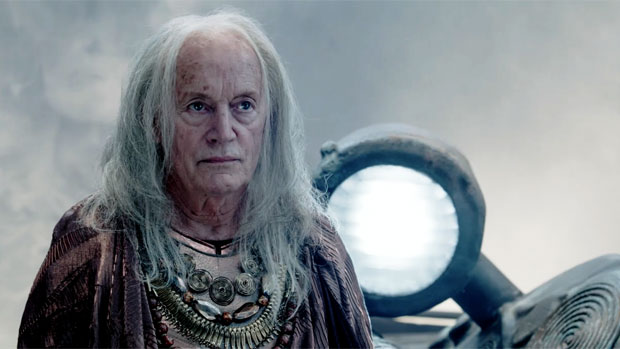 In the end, I actually enjoyed Garm Warms The Last Druid even with its inconsistencies and questionable plot lines. The characters were interesting and their development, including the world-building nature of the film does work on most levels. Sure, there’s plenty of clichés and the CGI is so-so but overall, Garm Warms The Last Druid is a fun watch for such a fringe anime inspired live-action film. 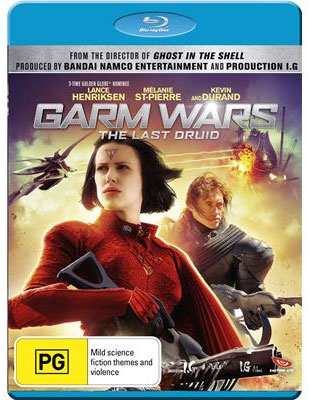