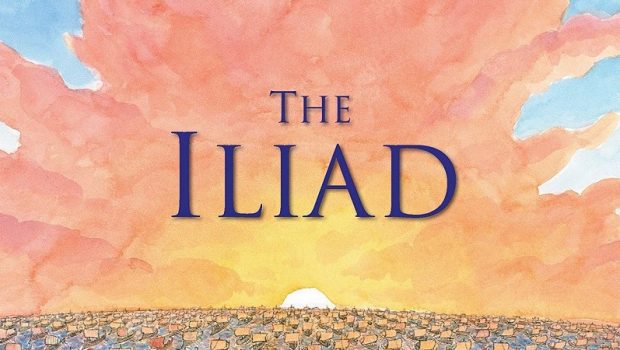 Gareth Hinds is the creator of critically-acclaimed graphic novels based on literary classics such as Romeo and Juliet, Macbeth, Beowulf, King Lear, The Merchant of Venice and The Odyssey. In his latest graphic novel adaptation, Hinds delves into Homer’s epic Iliad, reimagining this ancient tale of love, loss, war and glory.

I recently had a chat with Gareth, where we got to talk about the process of this monumental undertaking, the research behind it, the challenges and much more! 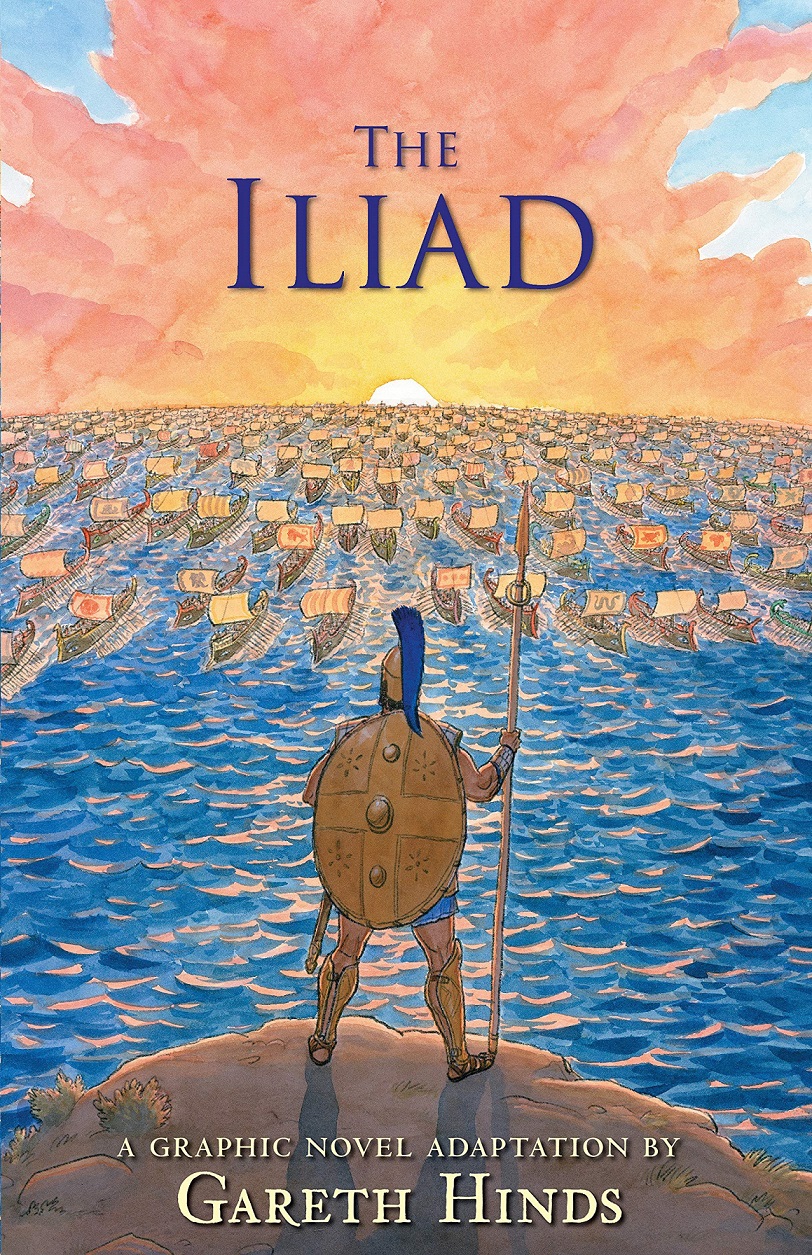 The comic adaptation of The Iliad is quite a momentous task. Do you feel a sense of responsibility when reimagining such a beloved and timeless classic?

Yes, absolutely. I want to be true to the original and to capture its epic scale, but I have to abridge it pretty significantly to make it a reasonable length for a graphic novel. It’s quite an intimidating book to adapt, really — but my adaptation of The Odyssey is my most popular book, so felt like I really needed to take this on. 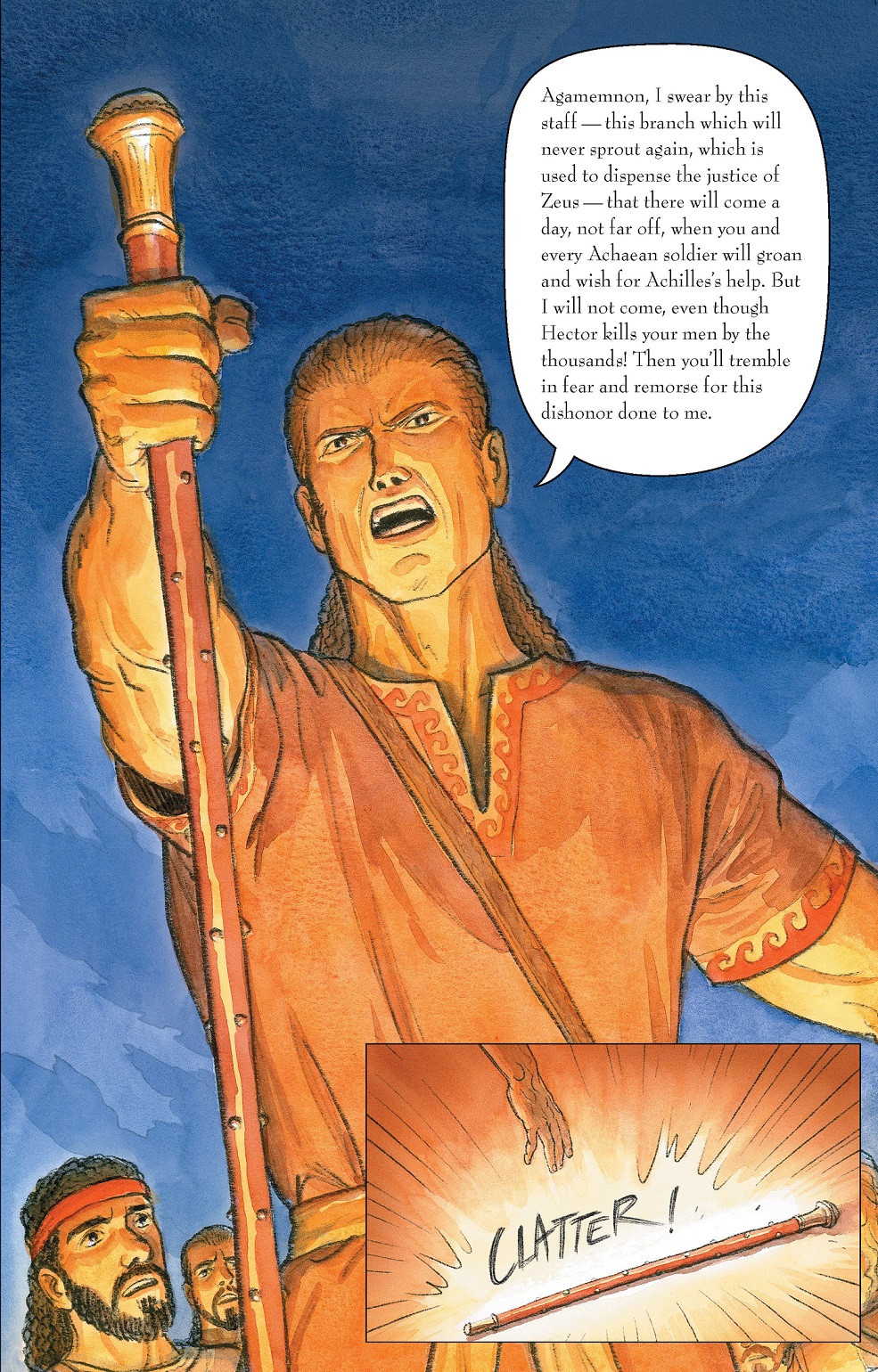 What kind of research did you undertake?

I consulted with a few experts on the current state of the archaeological research, spent a lot of time looking at paintings of Homeric scenes on classical Greek pottery, read “companion” pieces that tell more of the story of the Trojan War (Virgil’s Aeneid, Herodotus’ Histories, etc.) as well as a fair bit of scholarly writing about Homer and The Iliad. I went to the Center for Hellenic Studies to use their library and chat with the scholars there, which was wonderful. I spoke to Eric Shanower, author of Age of Bronze, who has done exhaustive research for his books. I also consulted some re-enactors and actually tried out some things like how to carry a shield on your back as Homer describes. But The Iliad is not straight-up history, it’s also mythology, so my main goal was to be true to the spirit of the poem — and in service to that, I sometimes chose to depart from a straight historical approach. 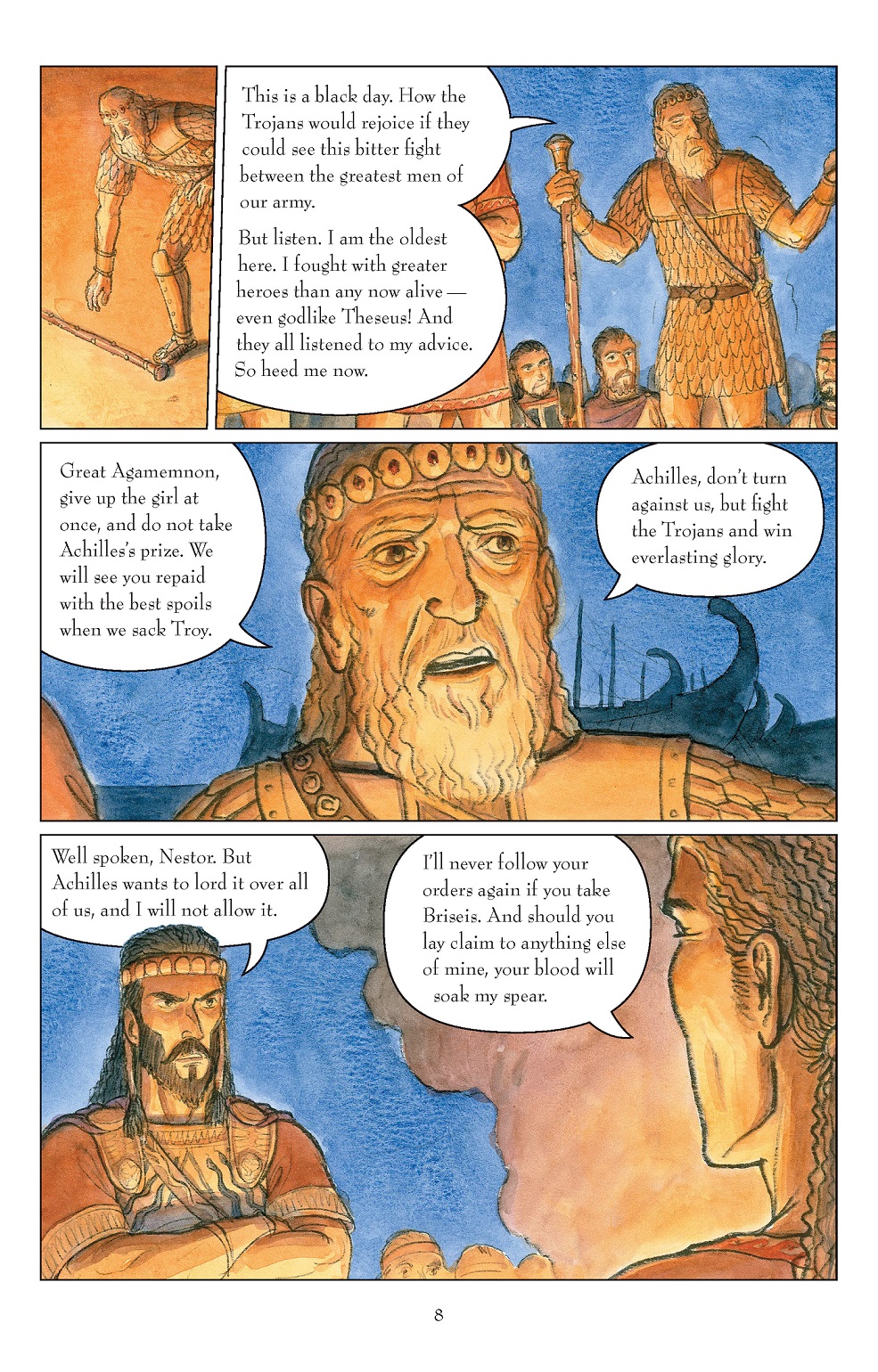 Did you encounter any difficulties when translating Homer’s poem to comic format?

The whole thing was tremendously difficult in almost every way (much more so than The Odyssey). Of course it’s extremely long, and it’s also packed with a huge number of characters and events on every page. I had to condense the text more than with any of my other books. I used third person narration and a lot of zooming in to tight shots and out overviews to clarify the battle scenes, and I included a cast of characters — color coded by army, and with stylized initials on their breastplates — as well as maps and other tools to help the reader.

You seem to be working your way through the classics. Can you reveal what other projects are on the horizon?

My next book is an adaptation, but it’s not a classic. It’s still a secret because the contract isn’t finalized, but it will be announced very soon! 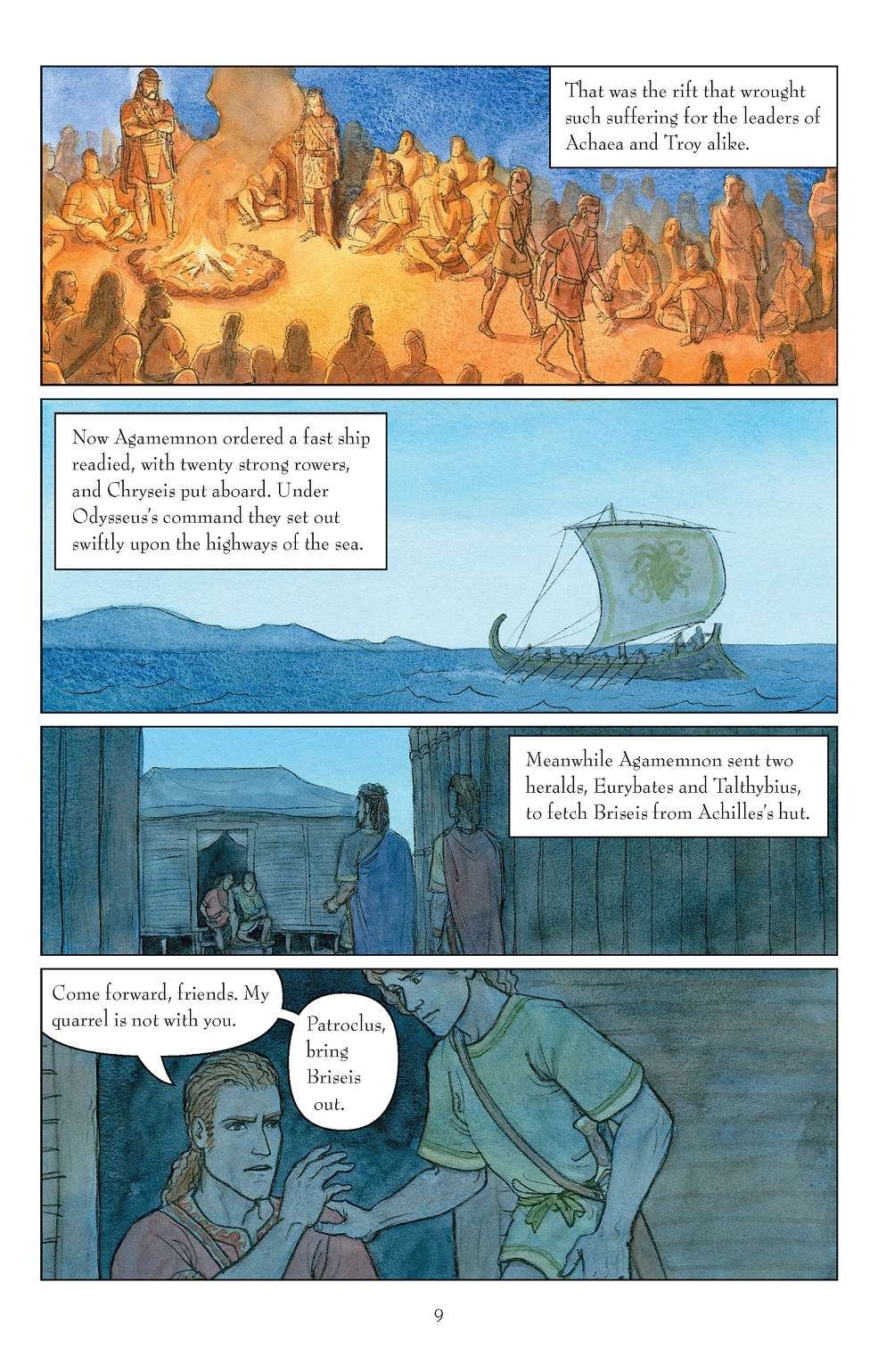 You both write and illustrate this graphic novel. How do you go about juggling these tasks, and can you reveal a little about your creative process?

I start by reading the original work several times — in this case, in different translations. I make an outline with notes about which parts of the story I think are the most important, and which parts I can potentially cut or compress. Then I write a script, trying to capture the tone of the original but with a lot less words. At the same time I’m researching and sketching ideas for the characters and settings. When I have designs for most of the characters and settings, I start to draw the whole book in rough sketches, working out what’s in each panel and how the drawings and text are arranged on the page. I often make changes to the text in that stage. I send the whole book to my editor in that rough-sketch form to get  feedback, then make any requested changes, and then draw and paint the final art. I have posted videos that show what various parts of that process look like for past books, and I’ll be posting some for The Iliad as well. 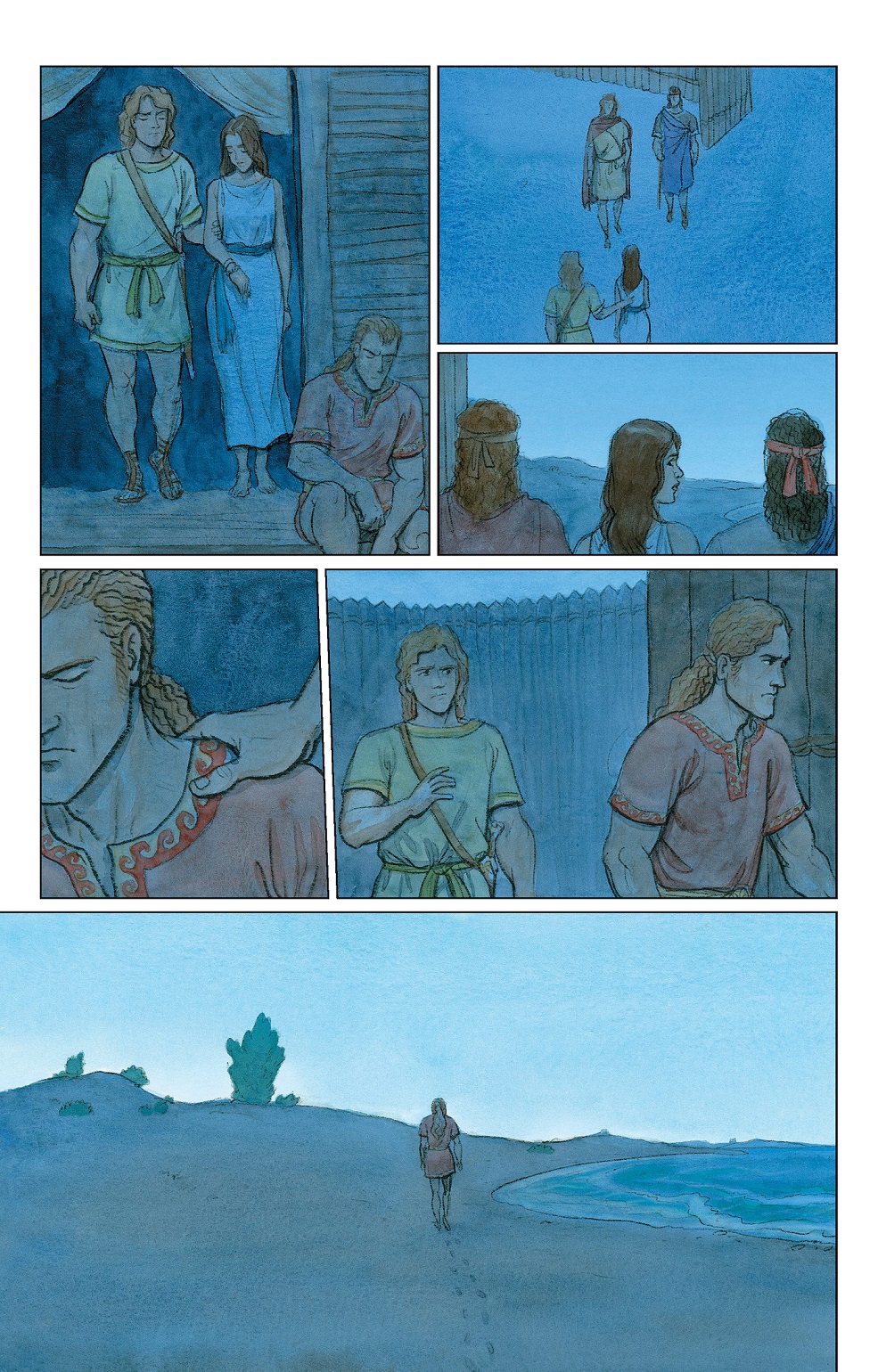 Finally, I’d like to talk about how you aim to make these stories more accessible and engaging to young students. How do you find the reception has been, especially to the darker themes of death, war and mortality?

By providing visual context for the story and visual support for the text, I aim to make the classics more accessible to readers who might struggle with the original text. Students and teachers really appreciate that and use my books in the classroom for that reason.

A lot of the classics are dark, and Homer in particular contains quite a bit of violence — but kids are not unaware of violence and death, thanks to popular media and the news (and sadly, sometimes in their own lives). Of course, the appropriateness of a book depends on the individual child, but in general my books are recommended for ages 11 and up. They’re read most often by teens and adults, who are capable of dealing with dark material. I think the Homeric epics tend to make the audience contemplate their own mortality and whether (or when) all the violence is justified — and that’s probably part of the reason they’re considered classics. There’s an old saying I quote in the author’s note: every war story is also an anti-war story, and The Iliad is the original, iconic example. 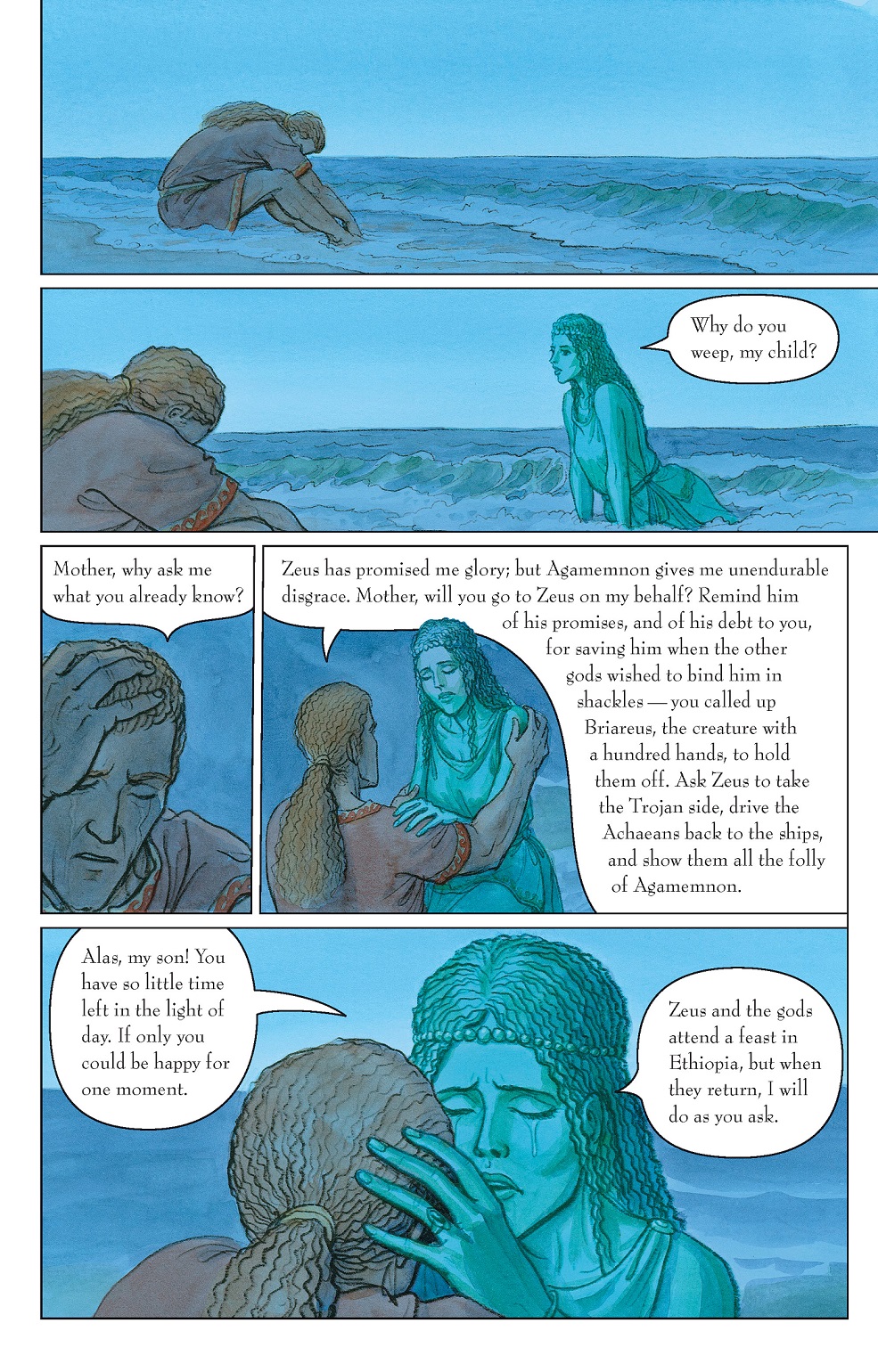