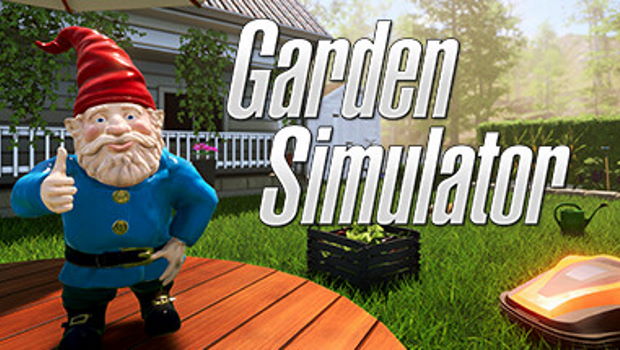 For some reason, this year I took an interest in my garden. We’ve been living in the same place now for over 6 years so maybe that was it… but something took my interest and I’ve been trying to make our garden more my own, taking out non fruiting trees and replacing them with a variety of different fruits. But the time between planting and having anything to really show for it is quite long… so finding Garden Simulator seemed like a good way to scratch my itch for produce while I wait. 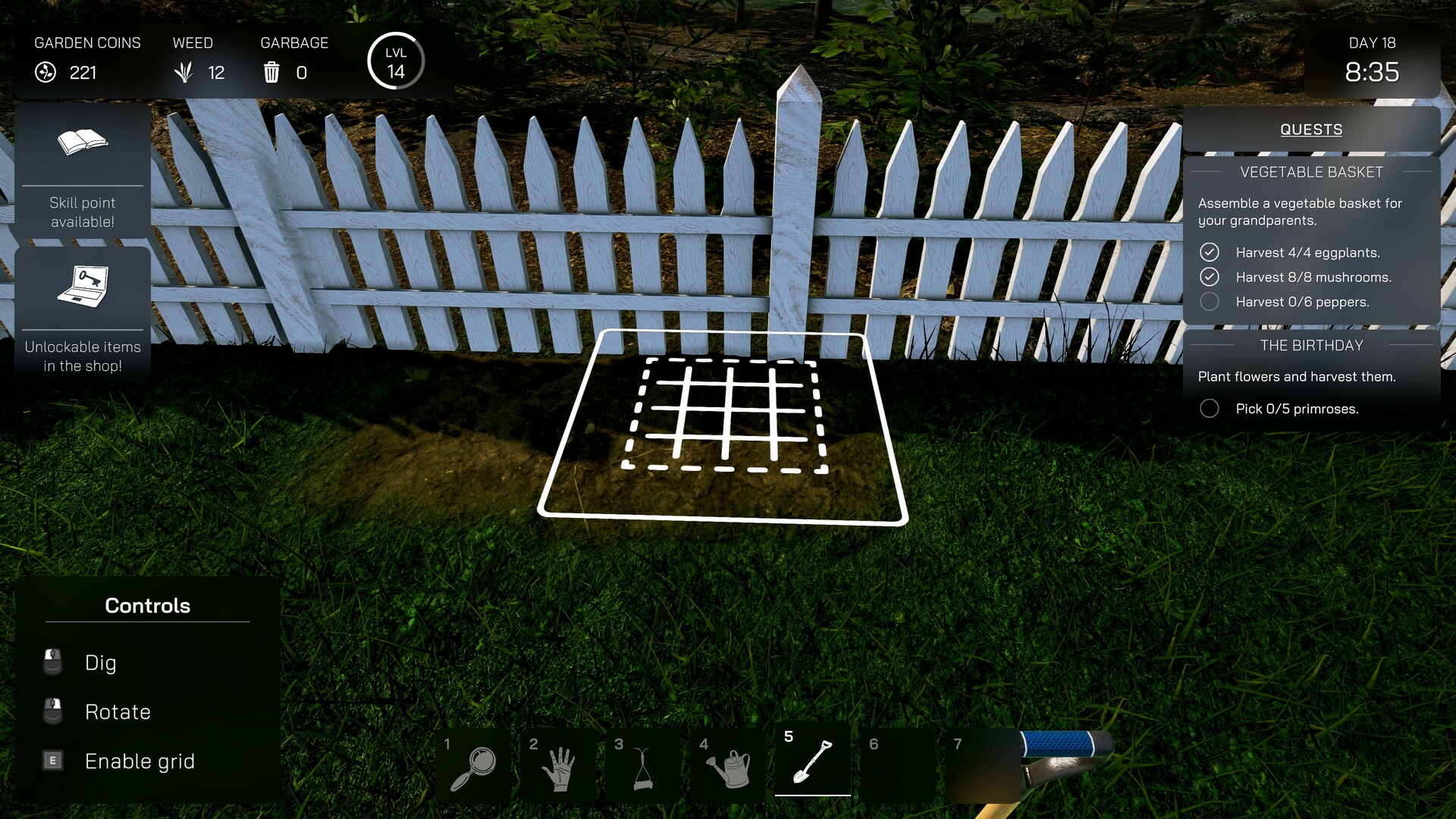 Sure enough Garden Simulator is what you’d expect, you begin with a patch of land around a house… as you progress you will be able to unlock more of the land (eventually having access to the whole yard from front to sides to back). You have access to a few different things to get started, a basic selection of flowers and vegetables/fruits, tools and landscape items. You receive tasks to help encourage you to grow different plants or to decorate with different items. For each bit of gardening you do you receive skill points… build up enough and you can “level up” a skill which in turn will help increase the benefit of certain traits such as speed of watering, effect of compost etc. 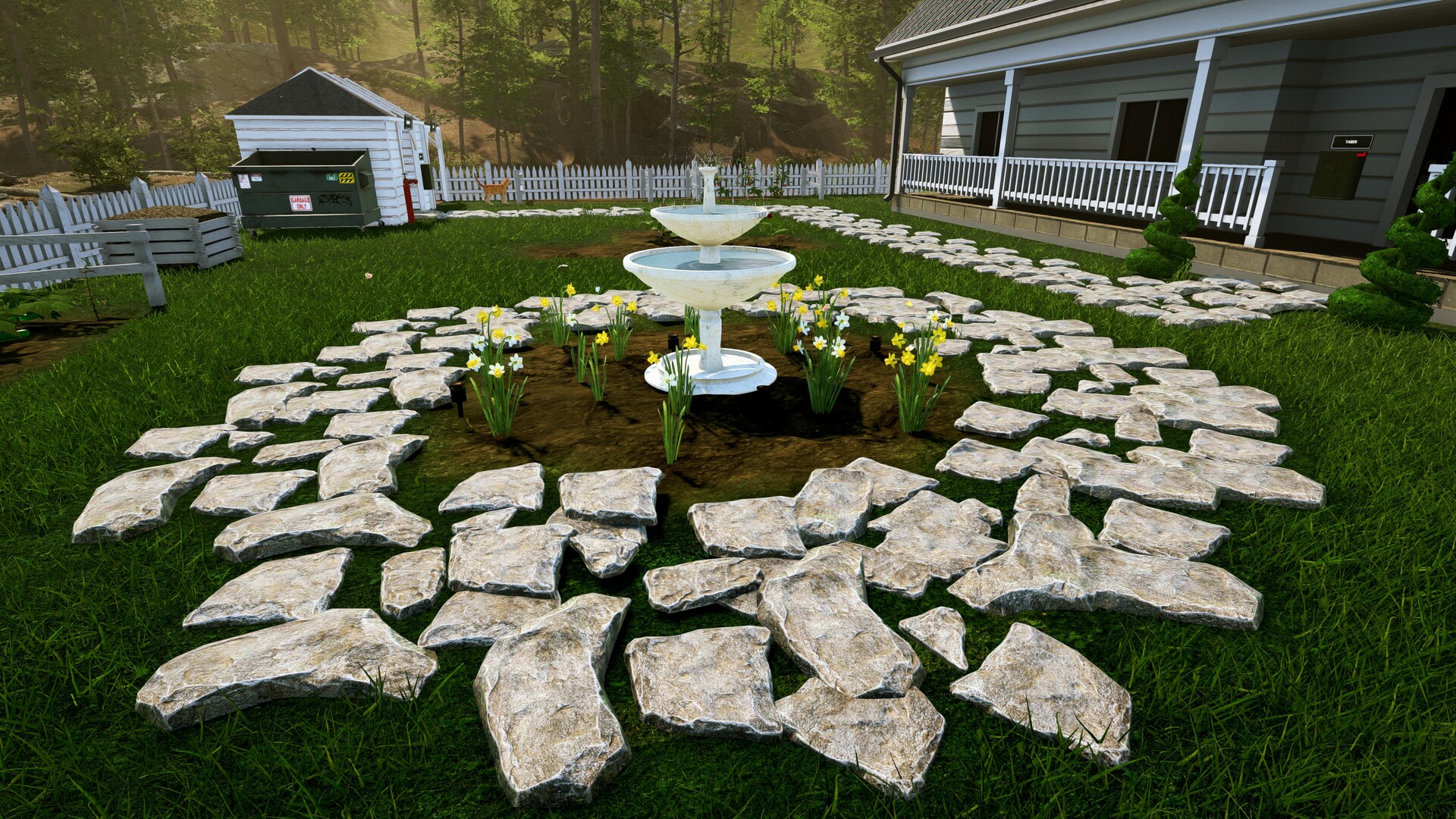 But it’s all very laid back… to the extent that even when you receive a task that says “I need flowers by next week”… you can breeze past that apparent 7 day time limit for the task and still reap the rewards when you finally get around to meeting all the requirements. For some people this may be annoying but I quite liked it and felt it fit with the easy going calm of gardening (though I guess not putting a time frame on the request would have had the same effect without the artificial restrictions). You could in theory ignore all the requests and just have a look through your product catalog to see what you need to do to unlock the next seed or garden tool you want and simply work through things that way, but I found the tasks where a good little nudge to unlock certain things a bit sooner. 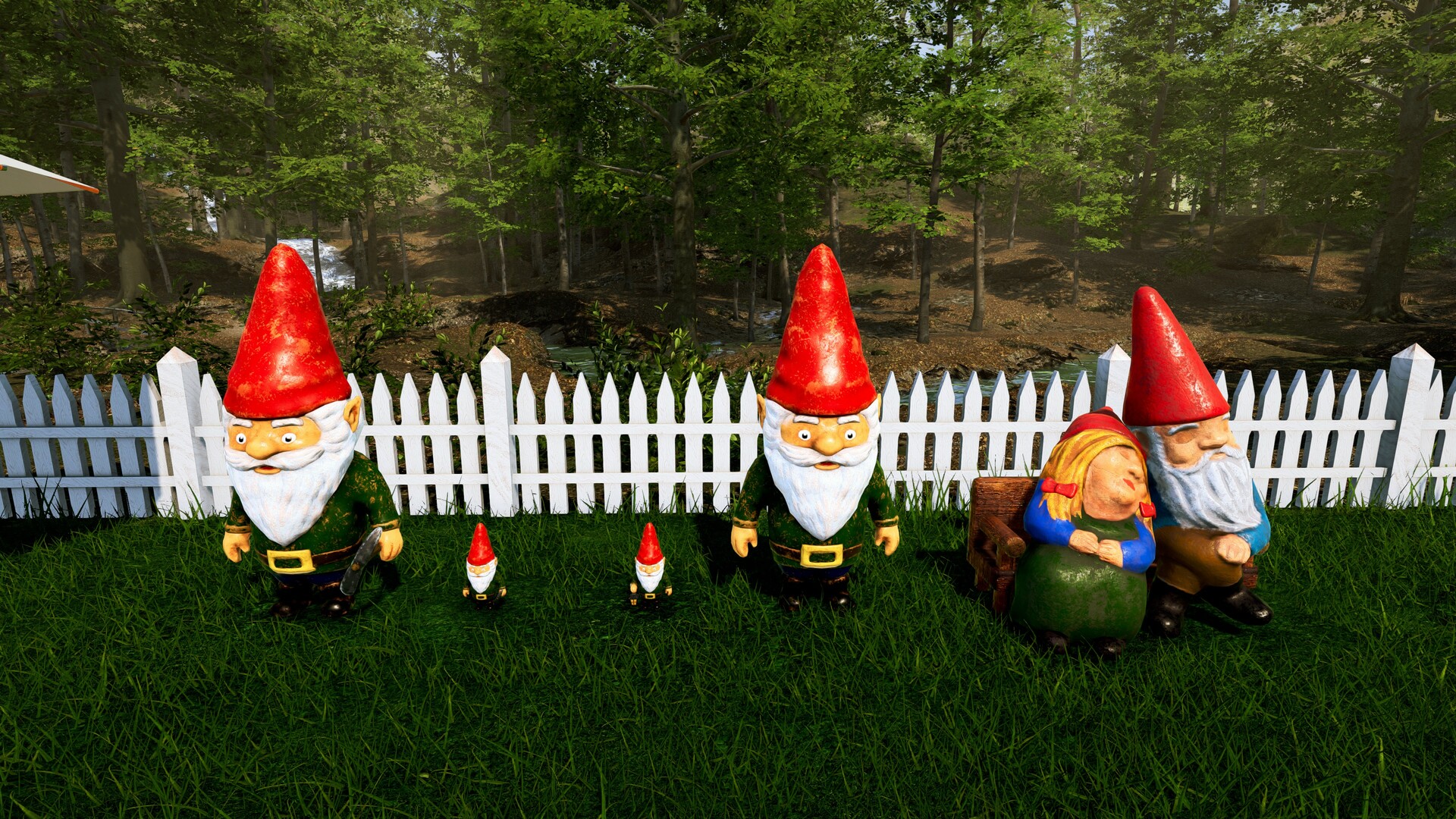 There were only a few things that I had a bit of an issue with. The first was in placing things… not a huge issue with plants as the image of the plant will only show up where they can be planted (you dig a spot ready for planting and depending on the size the plant will grow to is where and how many of the plant can fit in any given dug spot)… but when it comes to decorations I often found items pushing nearby decorations when I placed them down… despite trying to ensure I had them clear of any other items. It’s not a huge issue as you can pick things up and reposition them… it just feels a little clunky. 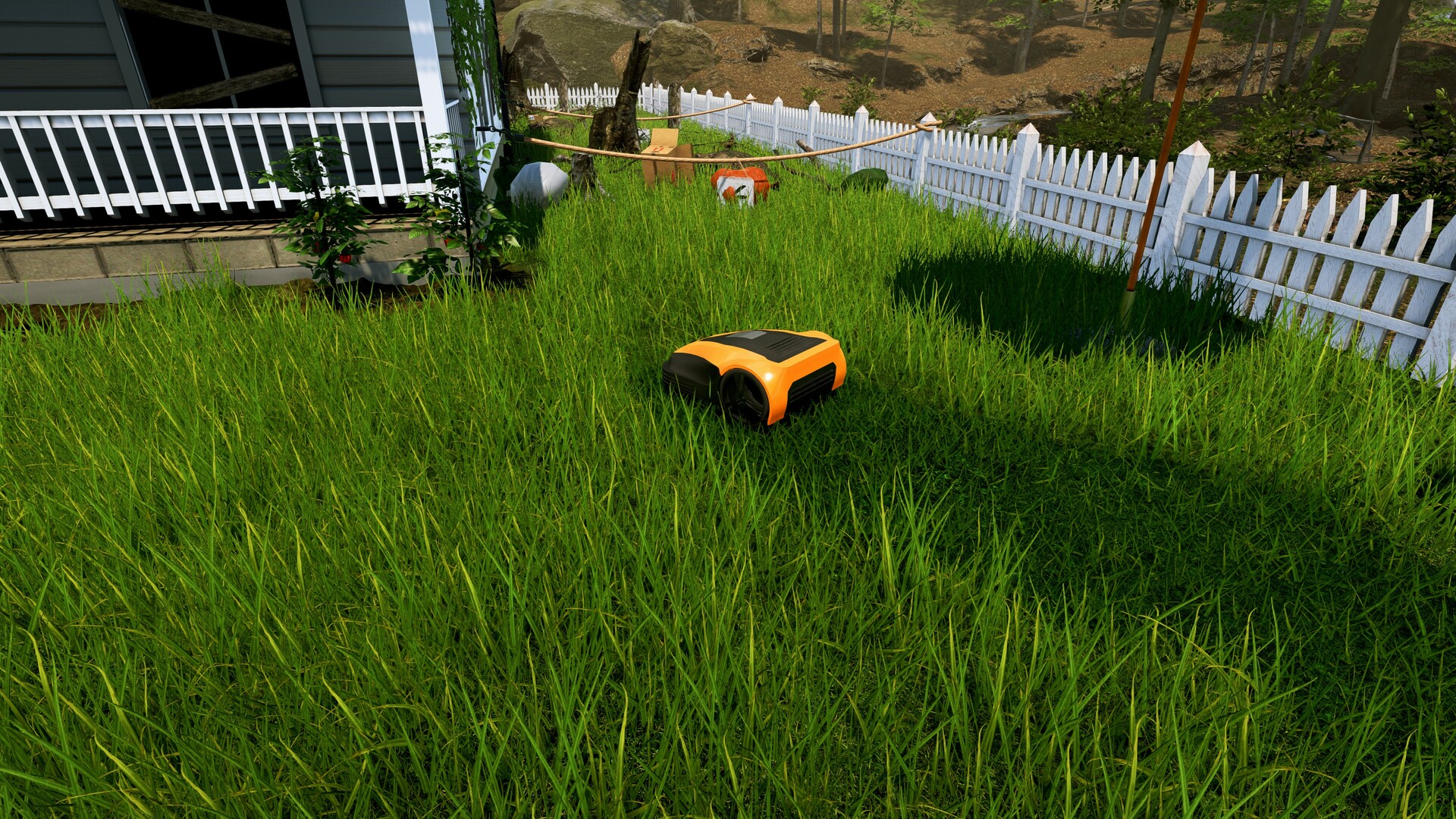 In a similar way the markers used to help prevent the robot mower from chopping down your plots feels a bit messy too. They are basically sticks that you put in the ground and link to any sufficiently nearby stick, creating a stringed off section. The problem is they automatically connect to any other stick in range so you might have two garden beds with a path down the middle between them and the sticks will automatically link over the path because they are in range of the ones on the other side… it just ends up looking a bit messy. 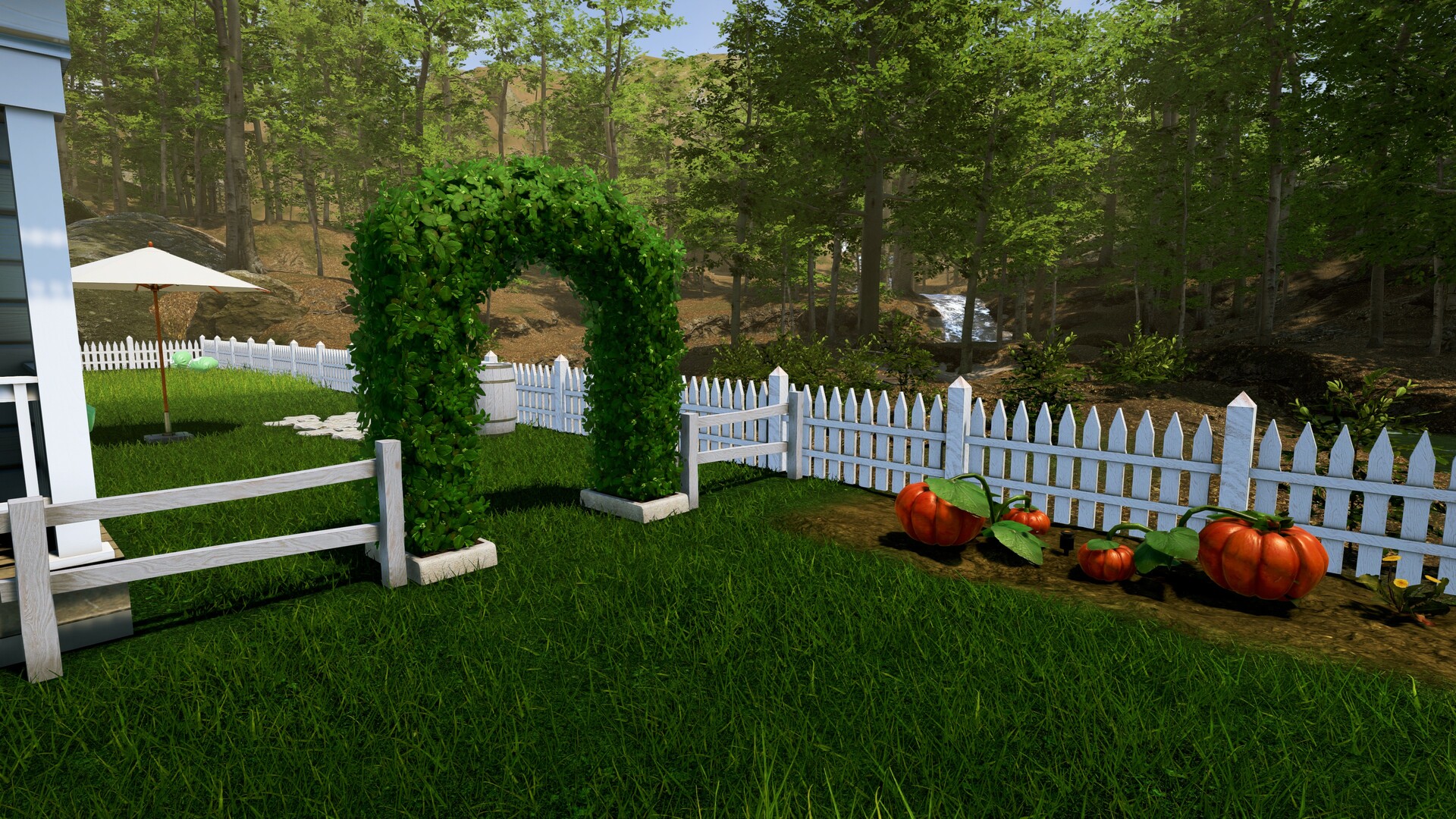 The last thing I only really encountered minimally and it was in regards to one of the tasks to unlock something. The requirement was to have something like “50 multi-use border plants”, or words to that effect… I’m not entirely sure what counts as multi-use? Does it mean a mix of plants of various uses ie some flowers, some vegetables? Having said that, trial and error can win the day. 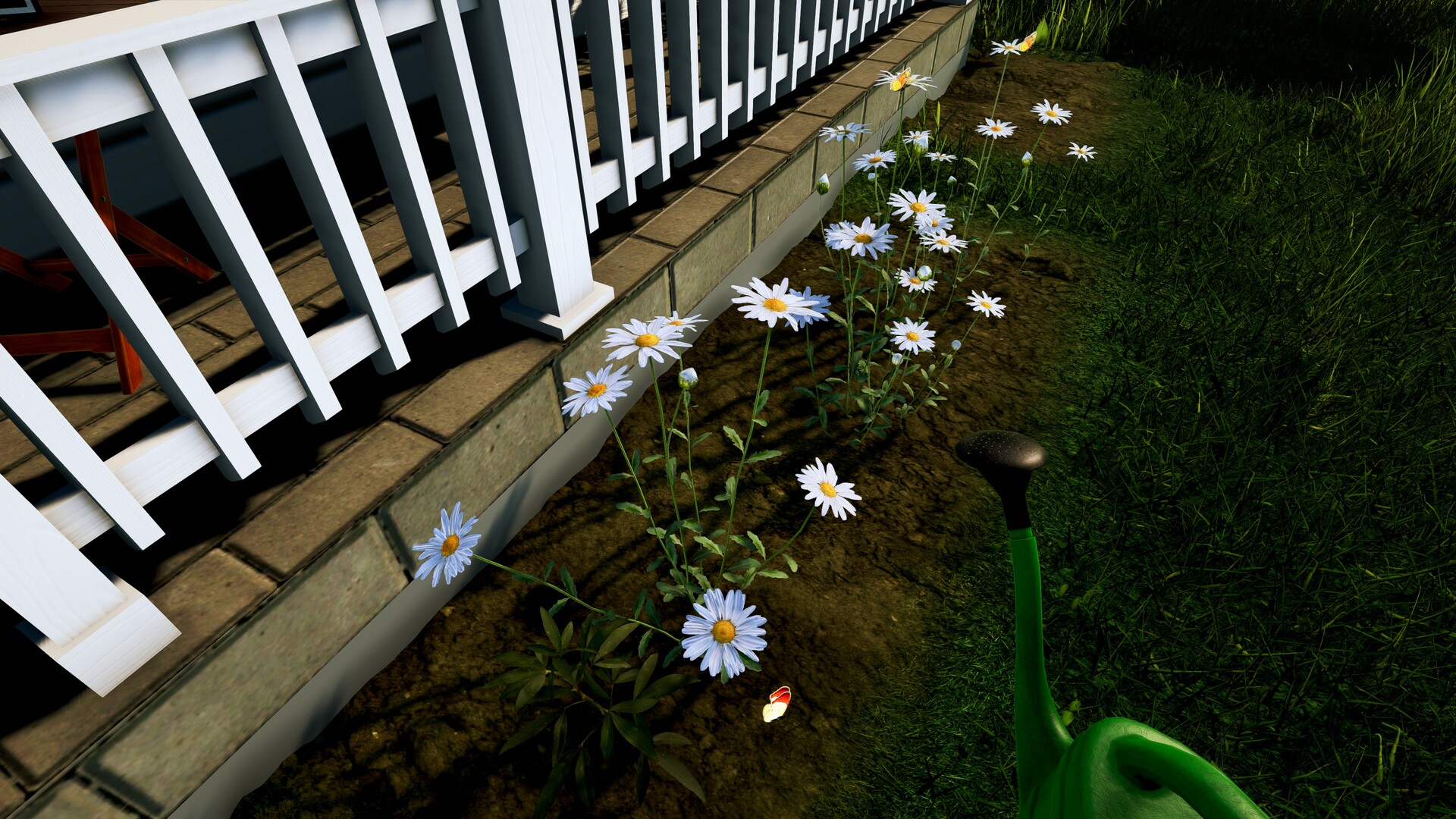 Ultimately, it’s a great chill out game, it’s very low stress and you could even get some idea for how to design a garden (to some extent) with the range of items available to you. Just remember… don’t water the cat… pat it, unless you want to get notes from your neighbours about animal abuse. Definitely grab it for some easy going virtual green thumb enjoyment!