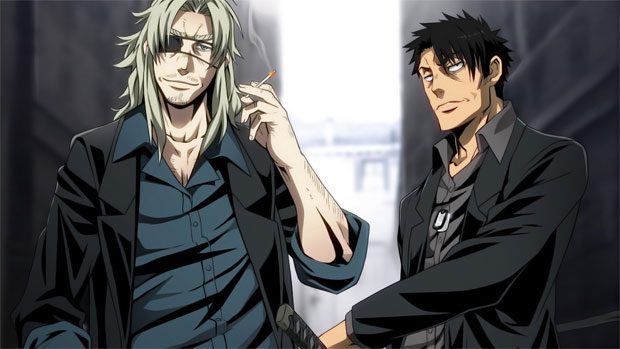 Summary: Gangsta is a gripping and gritty anime full of intriguing criminal politics, frantic action set-pieces, and a surprising exploration of many mature themes. 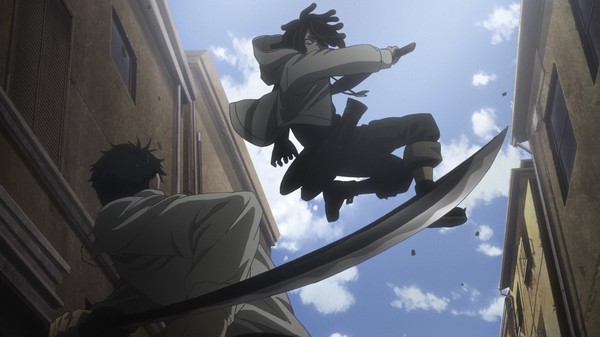 Gangsta is an adult-oriented anime series that tells the complex and grief-filled story of the Handymen, two men-for hire who take on various jobs from citizens and criminal organisations in the fictional city of Ergastulum, like body-guarding, money-collection and home repairs. Worick Arcangelo and Nicolas Brown are neutral contractors who stay out of underworld politics so they can called upon by anyone who can pay. While seemingly amoral, the pair save a prostitute named Alex Benedetto from her abusive pimp and give her a place to stay, and as an outsider, Alex acts as the audience’s fresh perspective into the Handymen’s grim and terrifying day-to-day lives, where murder is swallowed down as easily as breakfast.

To say Gangsta is gritty would be an understatement. After an unspecified war in the early 20th century, many soldiers came back to Ergastulum dependent on a weaponised drug called Celebrer and their children were born with its debilitating effects. Dubbed ‘Twilights’, these offspring are capable of superhuman strength and are exploited by criminal gangs as slaves, who openly kill each other in the back streets without fear of prosecution. Twilights are incredibly hated, so they are tagged by the government to keep track of them to keep them in line. Many ‘Tags’ opt to work for Ergastulum’s four mafia families regardless and as a result, the show features some incredibly deadly massacres by criminal Twilights who carry out hits against ‘Normals’ and often times have explosive battles against their own, sizing each other up based on the rank displayed on the tags they wear which is based on strength. Many are essentially slaves, unable to escape the city, its crime or its vices. 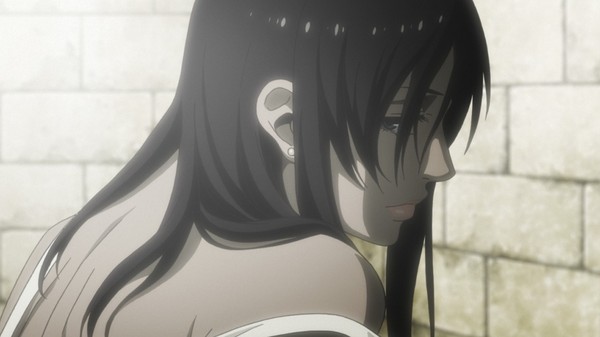 The show’s intriguing premise of drugged up superhumans living amongst normals they can tear apart with their hands wouldn’t be as successful if it wasn’t for its steady character development and consistency to continuity. This is a series about the daily tribulations of three outsiders trying to make a life for themselves in a messed up city, rather than a romantic tale of saving the world or a revenge fuelled bender; the relatively grounded tone and modern-day setting combined with a few supernatural elements help it stand out from being just another crime drama. All three main protagonists of Gangsta are compelling, confounding and mysterious individuals and their personal journeys and relationships kept me invested for the entirety of the 12 episode season – with the exception of the ending, which was abrupt and full of cliffhangers which owe to outside problems (the creator fell ill and the animation company behind the show Manglobe has since gone bust).

While the show mostly focuses on the daily lives and the pasts of the starring trio, each episode gradually explores the underlying tension between the four criminal families of Ergastulum and the Twilights which eventually culminates in an all-out gang war with Nick and Worick right in the middle of it. While Alex is first terrified of her saviours, we get to see the terrible ordeals both Handymen went through and how their work ultimately aims to rid the city of its worst so the few good souls they care about can live without fear. Thankfully, while mostly a serious show, there is a splash of humour and comedy every so often which makes the cast more endearing than the typical bad-ass anti-heroes who do bad things, but stylishly.

Gangsta’s mystery surrounding its characters is built up slowly to give enough time for each character’s pasts to be explored and explained. Worick is the face of the Handymen and the most visible protagonist; a smooth-talking one-eyed businessman with an easy-going nature that masks his darker tendencies, and his immunity to violence ends up a lot more understandable once the audience gets to learn his past as an abused illegitimate mafia child. Alex is a sweet young woman seemingly caught up in trafficking exploitation and trapped in Ergastulum who becomes a whole lot more saddening once her withdrawals are exposed. Nicolas is a silent and menacing Tag who also happens to be deaf and drug-dependent, acting as the muscle but gradually revealed to be far more than just another uncaring murderer. Nick is easily the highlight of the show and it is rare to see a character in anime with a disability, yet the writing and English voice actor Brandon Potter do a great job of treating it with respect while making it an integral part of his character, rather than a gimmick existing solely for spectacle. 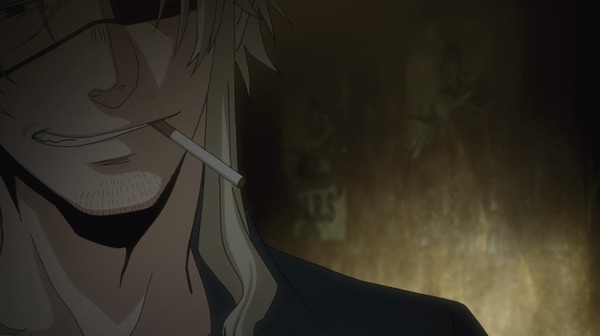 Much of the narrative in Gangsta is conveyed via out-of-order flashbacks which require your full attention to get the most out of and understand the underworld politics engulfing their city, so if you’re the type of anime fan that want a faster-paced show more focused on battle scenes or fan-service, it may not tickle your fancy right away. Hang in there, though, and you’ll be treated to some of the most satisfying fight scenes and faction face-offs in recent years, thanks to the violence laden nature of Ergastulum and its sick past. Nicolas is featured in the majority of these combat scenes as a troubled Twilight himself, though thanks to his deafness and continued abuse of Celebrer to numb his pain, is relatively unique in his menace as most other Tags and Normals don’t know what to do with him.

The animation in Gangsta seems to be a controversial topic among many critics, but I personally found it to be very fluid and eye-catching from episode 1 to the finale. The shadowy alleyways, drab skies and muted hues of the sprawling Ergastulum allow the copious amounts of crimson blood and rare instances of colour shown to stand out fantastically against the violence. The fight scenes are, for the most part, fast and frantic and well done, and while the battles aren’t as busy as shows such as Bezerk or Attack on Titan due to a more modest budget, the time and effort devoted in telling the story behind each of these encounters before they happen always felt like a satisfying narrative payoff.

The moody soundtrack, whether it’s a quiet conversation or tense stand-off, also fit the gritty tone of the show perfectly and I find myself enamored with the OST long after the credits rolled on the finale. I also have to give props in my review to the English dub of Gangsta, as almost every voice actor, even those outside of the core cast, nailed their performances (you can also opt to watch the equally excellent original Japanese VO with English subs). I especially enjoyed the direction Ian Sinclair and Felecia Angelle (Worrick and Alex) took with their duo’s more intimate conversations but as mentioned earlier, Brandon Potter (Nicolas) steals the show and nails the inflection and tone of his deaf character appropriately and effectively.

The special features included with the 12-episode season 1 Blu-Ray are slightly underwhelming, with a bonus ‘Episode 9.5’ which really doesn’t include anything substantial, some video commentary for the second episode, commercial and promotional videos and textless openings – I was definitely left wanting  a bit more included commentary and behind-the-scenes insight. 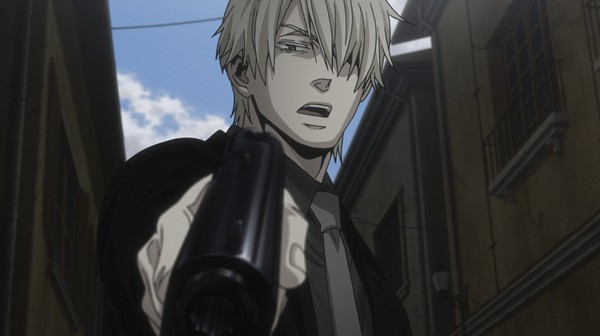 As an adult-oriented anime television series centered around seedy underworld crime drama and pleasant amounts of action, with a ton of time devoted to character development and world building, I wholeheartedly recommend Gangsta. It’s not the most original-sounding idea that stands out from the pack at first glance, but the show quickly subverts typical animation stereotypes to present one of the most intriguing cast of anti-hero characters and fictional background settings I’ve enjoyed binge-watching since Death Note. Just note the ending will most likely be unsatisfying and that further reading of the manga which spawned the anime is necessary to continue the story – but here’s hoping a second season eventually arrives!