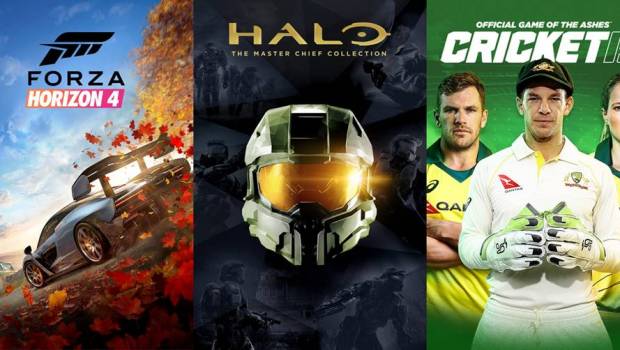 Gaming on the Go: xCloud at your disposal

In case you missed it, the Project xCloud preview has finally arrived in Australia! Players now have a collection of amazing console titles all playable from their own mobile devices.

We’re sure you’re all excited to get gaming on the go, and with so many games at your disposal you might be wondering “where do I start?” Thankfully, the team at Xbox have picked out a few of the best titles that suit multiple scenarios in your everyday life. Check ‘em out!

Turn Your Commute into An Adventure: Forza Horizon 4

Have you made a return to the long and boring commute to work? Whether you’re stuck on the bus on sitting on what feels like the slowest train in the world, why not take a break from reality and set off on an adventure in some of the world’s best rides?

Forza Horizon 4 presents the most expansive world in the series to date and gives players to drop in and out of the action on a whim. Whether you want to take on the game’s many challenges or just explore Forza Horizon 4’s beautiful depiction of England, the game is bound to make your commute much more interesting.

Your boss might not let you take your Xbox to work, but with Project xCloud you and your work bestie can make the most of your lunch break!

The Project xCloud preview features several great multiplayer titles, but if you’re looking for some real bang for your buck, check out Halo: The Master Chief Collection. Not only can you experience the journey of the Master Chief with a friend, but you can also team up to take on other players in the genre-defining multiplayer modes that encompass all the games within this historic collection.

We know a lot of you love your sports, and with Project xCloud you’ve finally got the chance to keep the action rolling at halftime!

Project xCloud features multiple sporting titles that’ll cater to many. Cricket 19 is just one example. An authentic representation of the real-life sport, Cricket fans will feel more than comfortable as they rake in the runs

Cricket not quite your thing? That’s not a problem! eFootball PES 2020 and F1 2019 are also available, so you can pick whatever you prefer. Whatever game you’re into, Project xCloud presents a whole new way to play some of the best Xbox titles.

Haven’t signed up yet? It’s not too late all the details and link to register are available here.