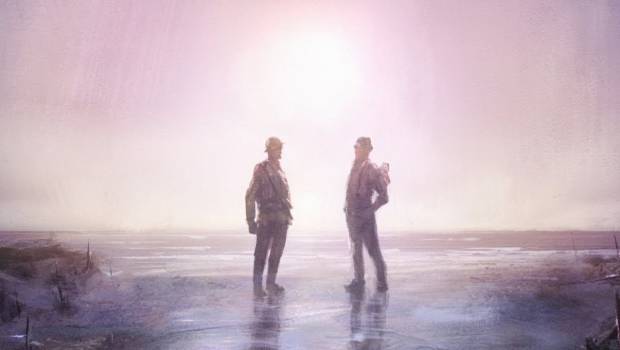 The game, created in conjunction with the Oscar-winning studio Aardman and DigixArt, brings to life the story of both sides of WW1 – 100 years after it’s conclusion. The new trailer, revealed today, introduces the two key characters of the game, Kurt and Harry, set amongst the backdrop of the tense, cramped trenches.

Kurt, a German soldier played by International Emmy-nominated actor Sebastian Koch, is a father, only on the front-lines after signing up to look for his son, missing in action. While Harry, a Canadian played by multi-award winning actor Elijah Wood, has arrived on the frontline as a photographer, only to discover the harsh realities of war on the frontline. The game’s plot revolves around these two playable characters, their companions, and their connection to each other as players tackle this moving, narrative adventure.

Developed by Aardman and DigixArt, players will experience two sides, both at the front and the rear, of a complex historical event – in a war game that stands for peace. Inspired by true events, the story of 11-11: MEMORIES RETOLD is brought to life using an innovative artistic technique that creates playable characters as if within a painting.

The emotional journey will start on November 9th, 2018, when 11-11: MEMORIES RETOLD will release on PlayStation®4, Xbox One and PC. To know more about BANDAI NAMCO Entertainment Europe’s other products go to: https://www.bandainamcoent.eu or follow us on Facebook at https://www.facebook.com/BandaiNamcoEU or join the conversation on Twitter at https://twitter.com/bandainamcoeu.