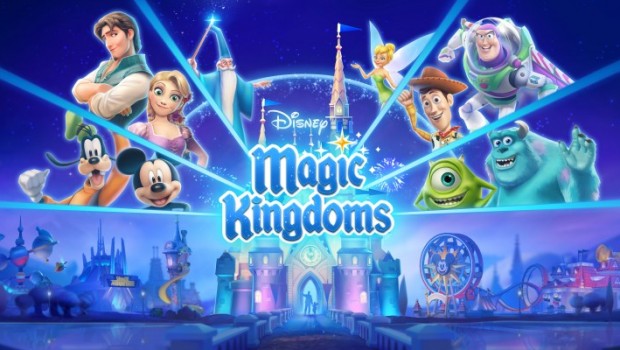 Paris, March 17, 2016: Gameloft, a leading digital and social game publisher, in collaboration with Disney, today launched Disney Magic Kingdoms for iPhone, iPad, iPod touch, Android and Windows Phone. Players will live the thrill of their favourite Disney Park by embarking on a new adventure with Mickey Mouse and all his friends, as they endeavor on a mighty quest to restore the kingdom’s magic from evil powers.

Disney Magic Kingdoms allows players to enter the timeless world of Disney and experience magical moments of the Parks by building with fun attractions like Space Mountain, California Screamin’ and it’s a small world, and sharing spectacular moments with beloved Disney characters from DisneyPixar’s “Wall-E” and “Toy Story,” Disney’s “Tangled” and more.

“Disney Magic Kingdoms is a triumph in both beautiful visuals and authentically inspired design that showcases everything beloved about the Disney Parks,” states Gonzague de Vallois, Senior Vice President Publishing at Gameloft. “We are delighted to provide Disney fans a new way to explore the Parks and interact with Disney characters and villains in a game which ties together 90 exceptional years of Disney in an adventure that takes us back to where it all began.”

Disney Magic Kingdoms is now available on the App Store and Google Play, and is expected to launch later today on the Windows Store.