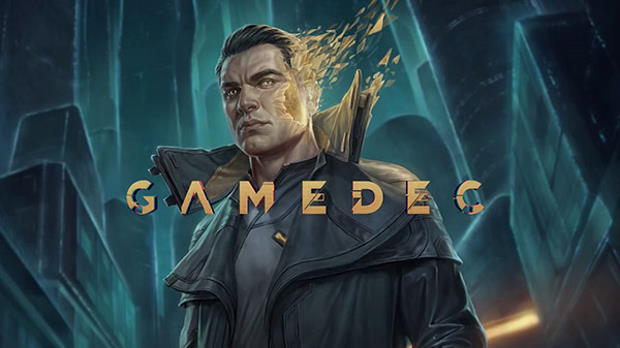 Summary: Investigate gamers within games, inside a game.

A cyberpunk world in which you play a game detective, performing investigations (mostly) inside virtual worlds. Like any good detective you gather clues by investigating locations and asking questions. As you build up your information you can make deductions, once you have enough deductions you can take your results to your employer and hopefully collect your pay. 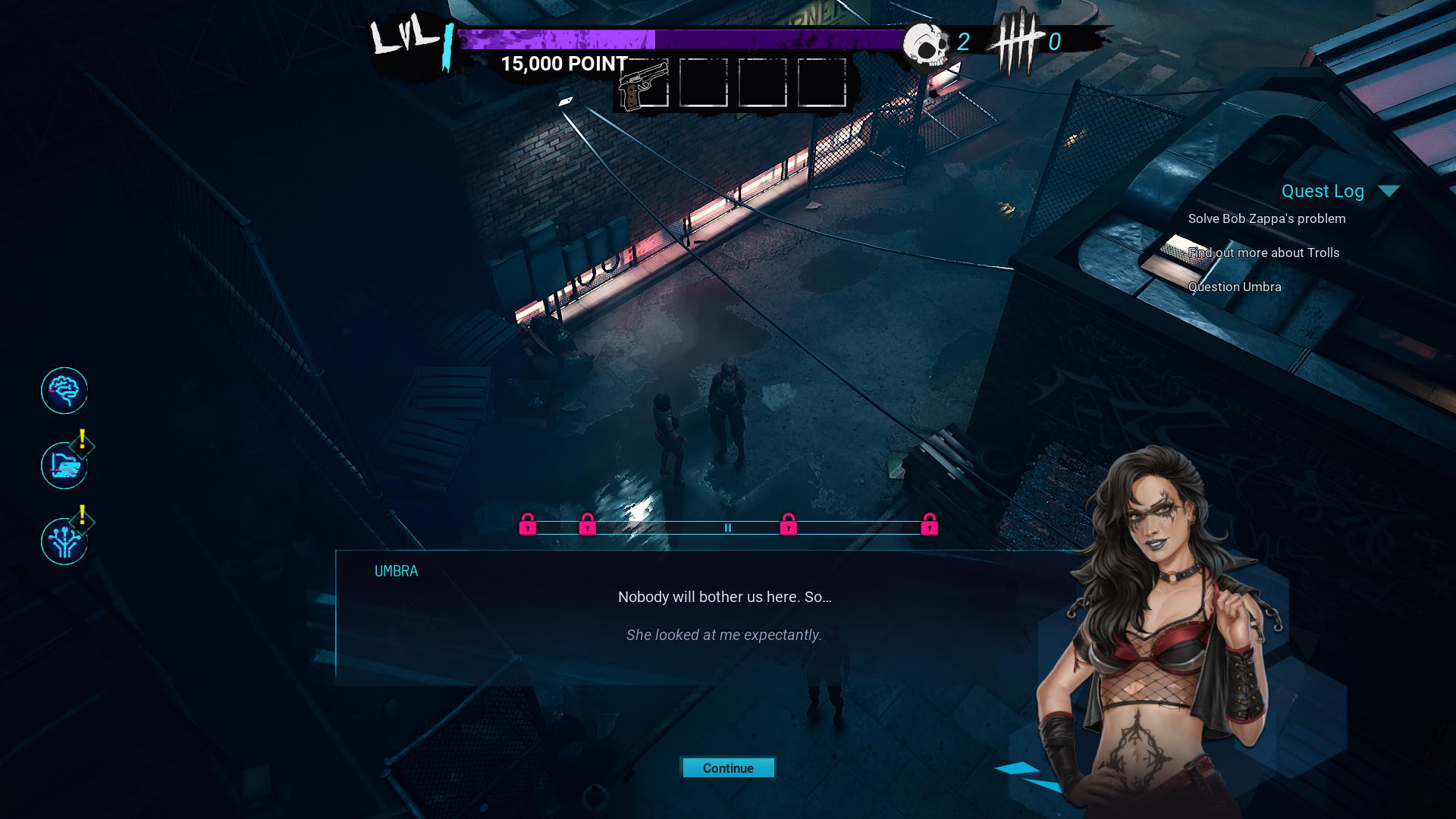 The game is quite pretty to start with, the isometric view works quite well for the subject (and reminds me a bit of the old Bladerunner game). I did find it a little frustrating not being able to rotate the camera… but that’s just me, it doesn’t really impact the game play (it just feels a little restrictive in some places). I want to point out here that I encountered some movement issues while playing the game… at certain points I would find my character would get stuck and I couldn’t move them… I don’t know whether I broke it by clicking too many options (starting multiple crops growing at one time rather than finishing one then going to the next?)… but it was quite annoying and forced me to remind myself to save often just in case it happened as I couldn’t continue the game from that point otherwise. Hopefully this has been/will be fixed in a patch… I haven’t noticed it for a while so fingers crossed it’s in the past. 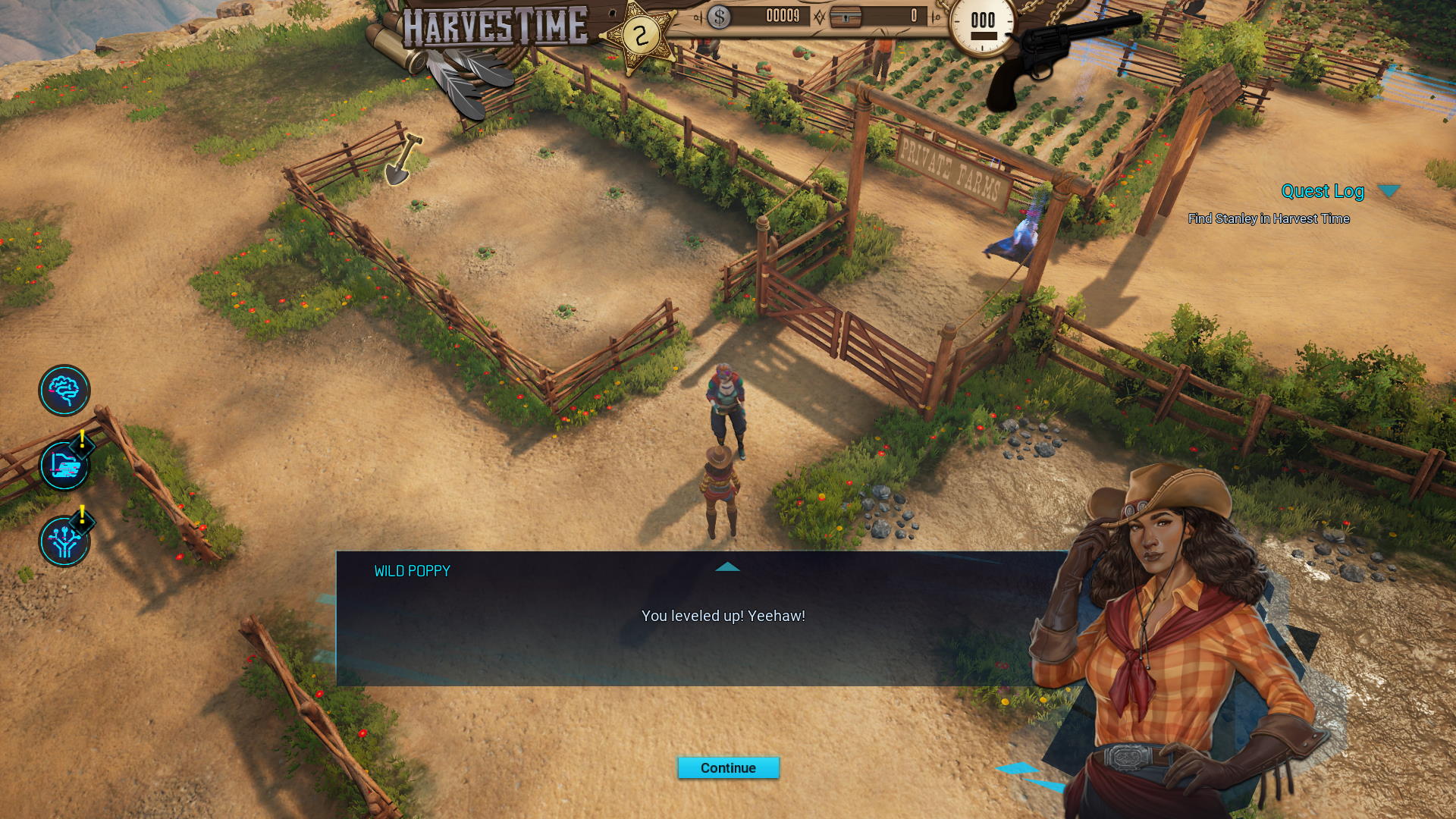 I like the character creation at the start and got quite thrilled when you were asked which pronouns to use but felt it fell a little flat by not having they/their… but I still like the option as it does allow for trans characters in some sense. As you progress you will unlock certain “skills” or “abilities” that can impact how you solve cases, opening options for how to tackle future problems. I think what works best here is the way the game is broken up into segments. You generally have only a few areas that you need to investigate at any given time… once you have examined those areas enough and gathered enough information from/about the people there you move on to another section or you draw a conclusion. It stops it getting too complicated yet within each area there is enough to keep you engaged. 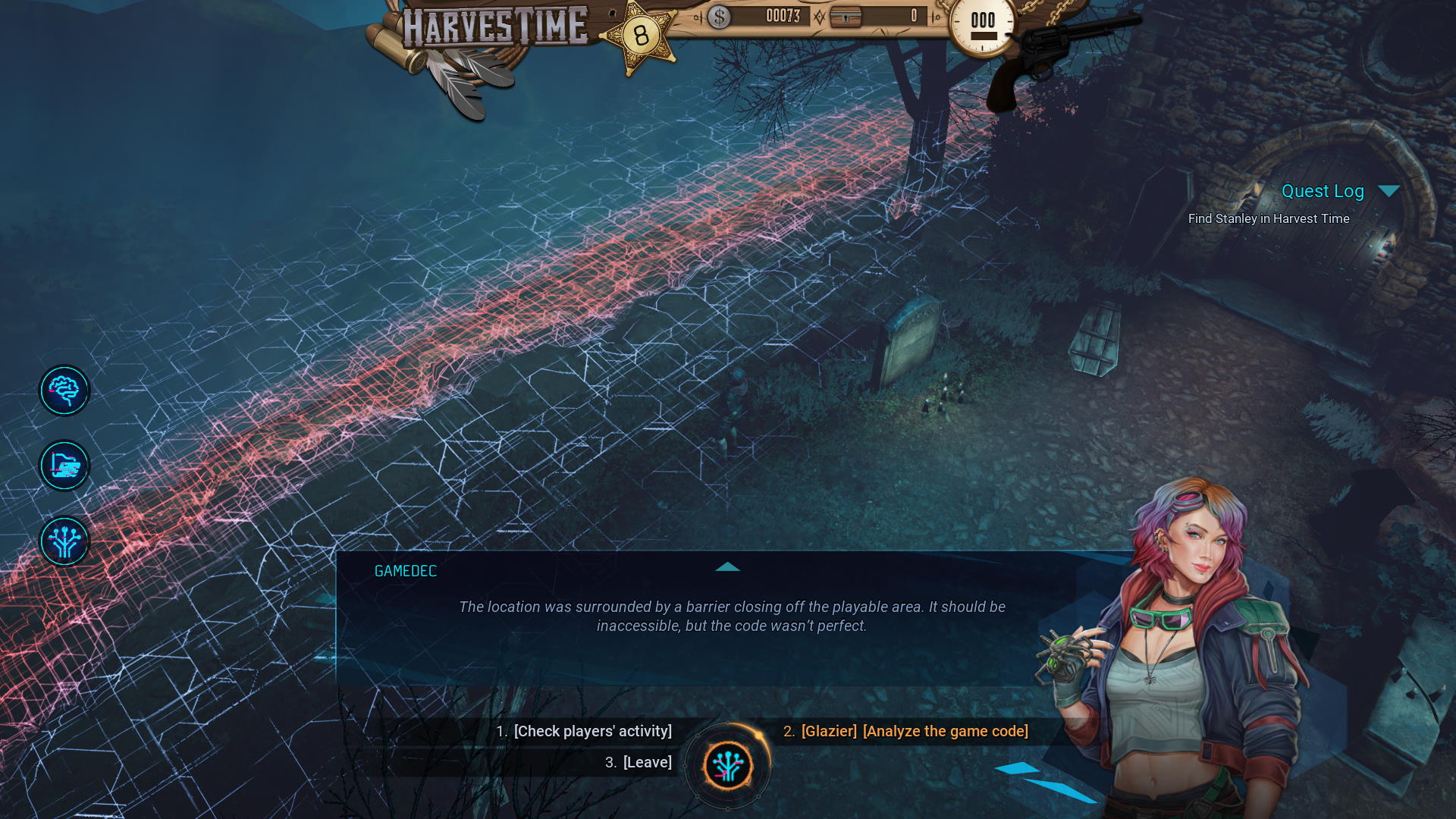 The setting makes for a lot of interesting ground too as the game can step into the shoes of other sorts of games… you will find yourself farming crops at one point like a simple social media clicker game… if you want to you can just keep doing that for hours on end… or you can continue your investigation. It means you get to dip your toe into many different world all whilst staying in the grander world of the Gamedec. 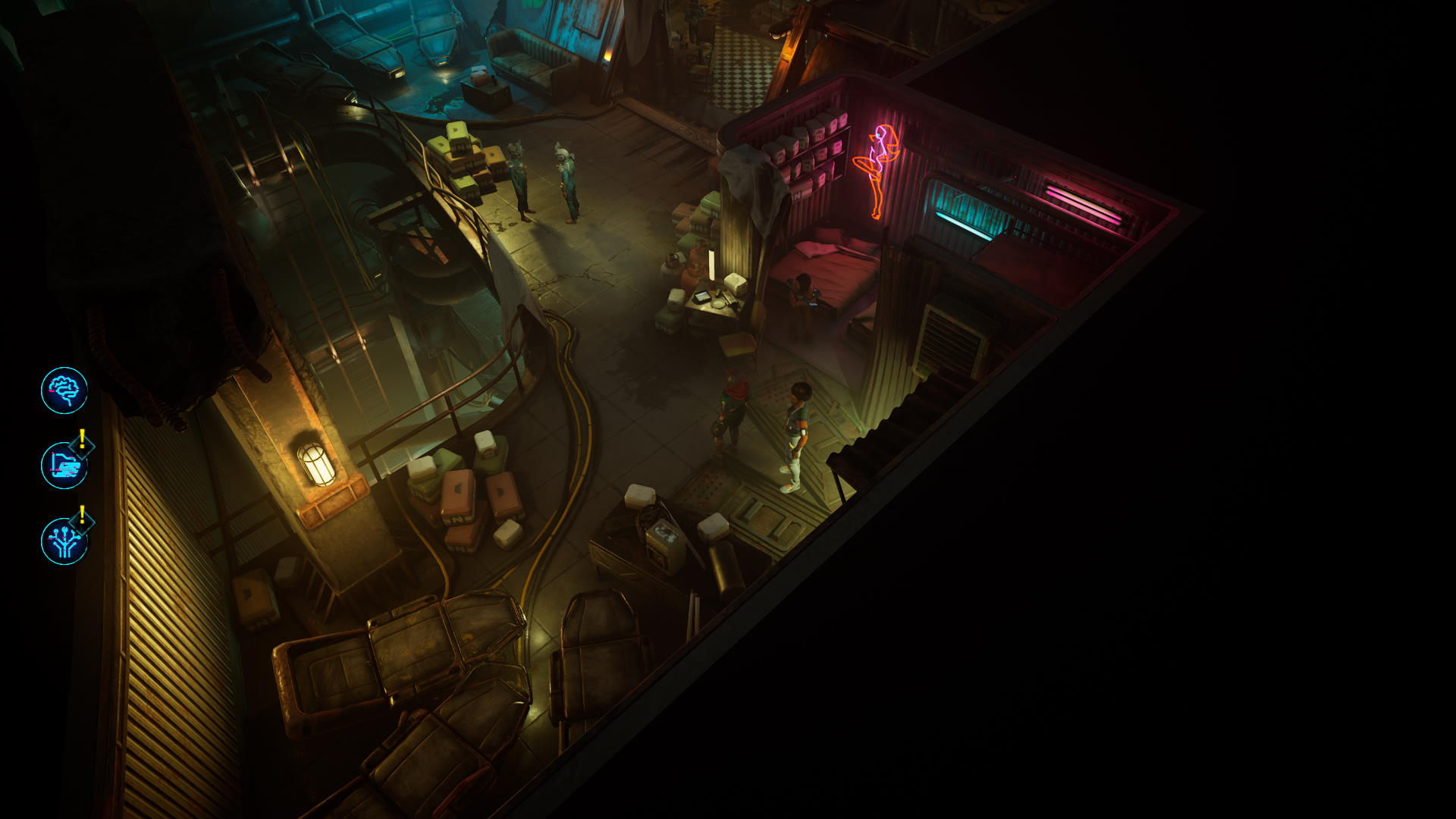 The deduction mechanic reminds me a little bit of L.A. Noire but perhaps a bit more forgiving here. I found it to be a fun world to jump into and I can only imagine what it would be like as a real VR game.

For the variety of game worlds you get to play in (to an extent)… it’s pretty good value for money and if you enjoy a good detective story and the chance to solve problems via deductions, this should be right up your dark alley.